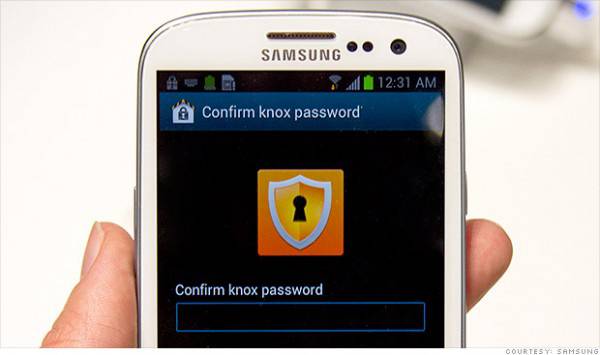 Security for mobile devices, such as smartphones and tablets, especially in the Business Enterprise world, is paramount. Businesses were heavily into BlackBerry devices because of their perceived security features, and now, on the brink of BlackBerry's collapse, the other manufacturers are stepping up their game…especially Samsung and its latest Knox security software.  LG also announced that their Gate Security Technology will battle Samsung's Knox in an effort to grab the enterprise market.

The latest Samsung Galaxy Note 3 and Galaxy Note 10.1 (2014 edition) already has the Knox security software on them and they are offering it on some Galaxy S4 smartphones as well. Knox 2.0 is now being worked on, and Samsung's plan is to offer it on most of their smartphones and tablets, as they try to penetrate the Business Enterprise scene. Knox 2.0 will offer even more security features and work on more devices, but Jae Shin, Vice president of the Knox Business Group, did not provide any more details.

Knox is built around the Android and taps into the OS and chipset features to secure the device. Samsung has teamed up with other mobile-device management software companies, such as, MobileIron, AirWatch, SAP, Citrix, Centrify, and Mocana to take advantage of Knox. Samsung provides them with the core of features and each company can adapt it to their own software.

With Knox, Samsung is really making a push to make its smartphones and tablets "enterprise approved." Knox features allow: 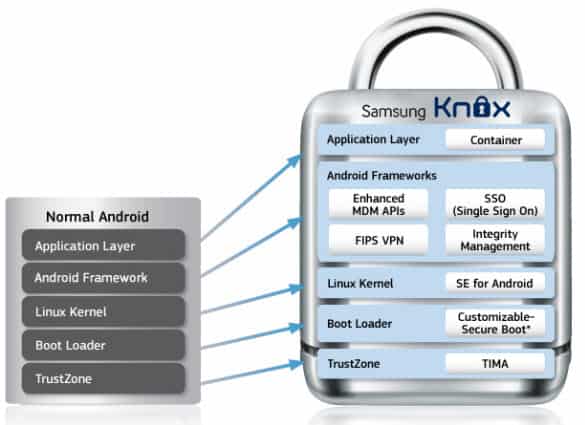 The main challenge for Samsung is to deal with the many different devices and versions of the Android OS. Samsung is "selling" the idea to the wireless carriers, and at the same time trying to woo developers in their effort to push their smartphones and tablets into the enterprise world. The Knox service is available worldwide, but the BYOD (Bring Your Own Device) varies by country, and this affects which security features and mobile device management tools are deployed.

Have you used Knox on your Galaxy Note 3 for your business enterprise and how is it working – let us know in the comments or on Google+.