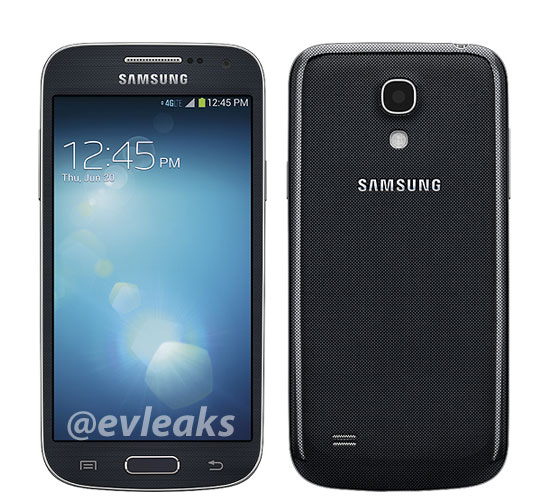 Just yesterday, we put out an editorial about why 'Mini' phones really aren't selling. Samsung was actually the first one to introduce the mini. Last year with the Galaxy S3 Mini. Since then they've introduced the Galaxy S4 Mini, HTC has the One Mini, Sony just announced the Xperia Z1 mini aka Xperia Z1f, and Motorola has the DROID Mini. Only Motorola and Sony have created mini phones that are actually the same specs as their big brothers. Samsung and HTC like to gimp the specs. Like the HTC One has a Snapdragon 600, while the One Mini has a Snapdragon 400. Both are very capable processors, but the 600 is definitely better.

Our buddy @evleaks has taken to Twitter, not too long ago, to show off pictures of the Galaxy S4 Mini for Sprint. Now there's really no way to know that this is for Sprint in particular since there is no Sprint logo. but if you look in the status bar at the 4G icon, you'll notice it's not the Verizon LTE icon, or the AT&T LTE icon or T-Mobile's. Which leaves just Sprint. Just to refresh everyone's memory, since this one was announced way back in June, the specs of the Galaxy S4 Mini are: 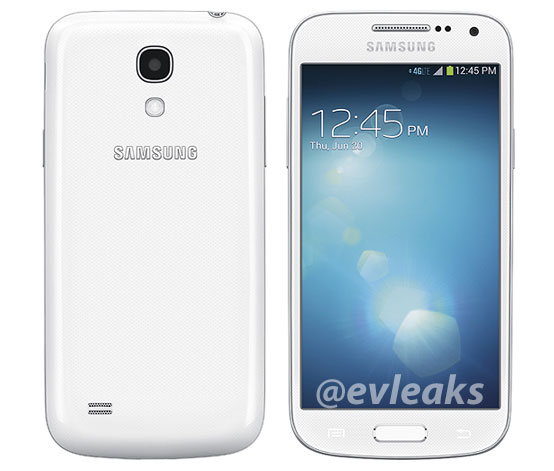 The Galaxy S4 Mini is definitely not a cutting edge device. But it is an option for those that don't want a 5-inch device. And there aren't many 4.3-inch devices out there, in fact I don't think Sprint has any that run Android. And when you want a 4.3-inch phone, you really can't be picky, because most people want larger phones. So the OEMs make larger ones.

How many of you would pick up a Galaxy S4 Mini from Sprint if the price were right? Let us know in the comments below.