With the Galaxy Note 3, Samsung has introduced a whole slew of new features to try and make your mobile world more fulfilling.  Much like previous Samsung flagship devices, however, some of these features are not ones that you’ll be using in your daily life, if ever really.  While many people find this to be an issue and attribute it to constant bloatware being added to the phone, some might find the new features quite useful, and such is the way with the new multi-tasking Pen Window on the Galaxy Note 3.  Pen Window takes a trend that’s been building in the custom Android world, pop-up window, and moves it to a whole new level.  Instead of looking on the Play Store for an app that has pop-up features built into it, Samsung has made a way for many apps to be able to pop-up in their own resizable window that can both minimize and maximize itself, much like the windows on your PC.  Think of this as the ultimate way of multi-tasking; a way to get more information on your screen without being forced into borders like multi-window does, and with the ability to minimize apps until you need them. 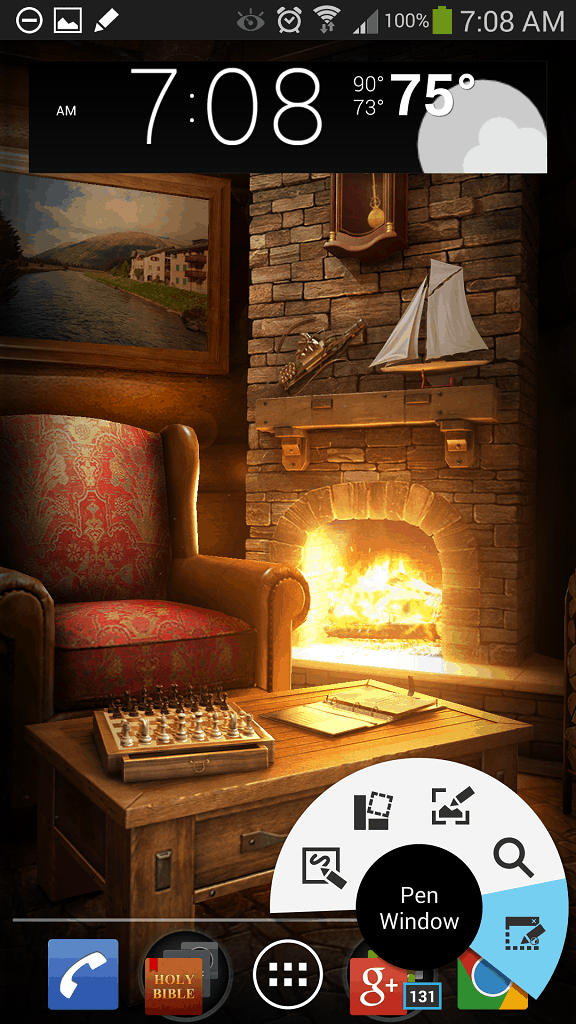 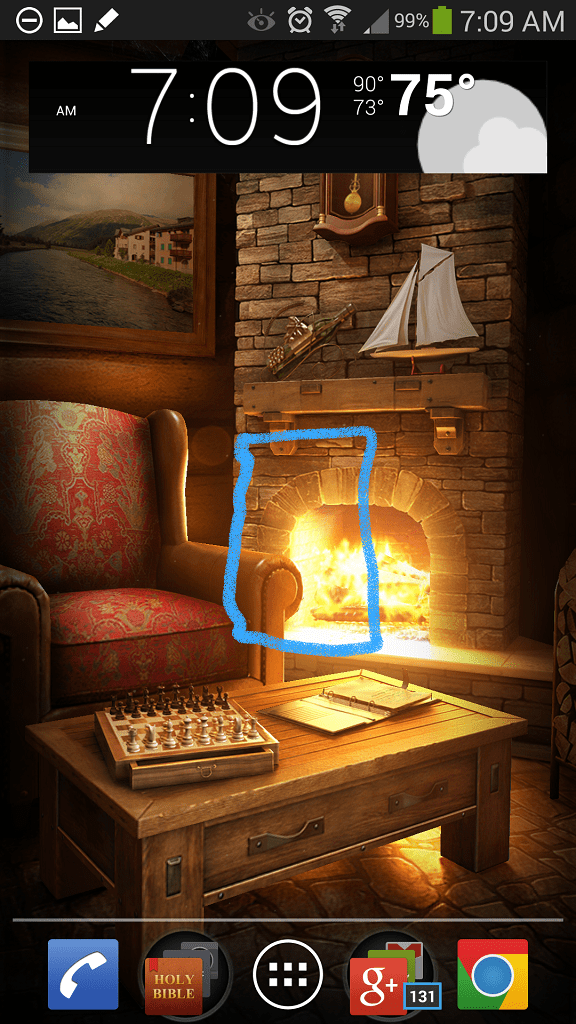 To pull up the Pen Window feature just remove the S-Pen from its slot and the Air Command pop-up will appear.  If you’ve closed it or already have your S-Pen out, simply hover over the screen and click the button on the S-Pen to bring up Air Command.  Once it’s up click on Pen Window, which is the right-most option on the wheel.  You’ll then need to draw a box around where you want the window to appear.  This can be as big or small as you’d like, and you can resize it later too, so don’t worry about it being perfect.  After drawing the box you’re presented with a list of apps that support Pen Window, and it’s about as many as support multi-window if you’re familiar with that already. 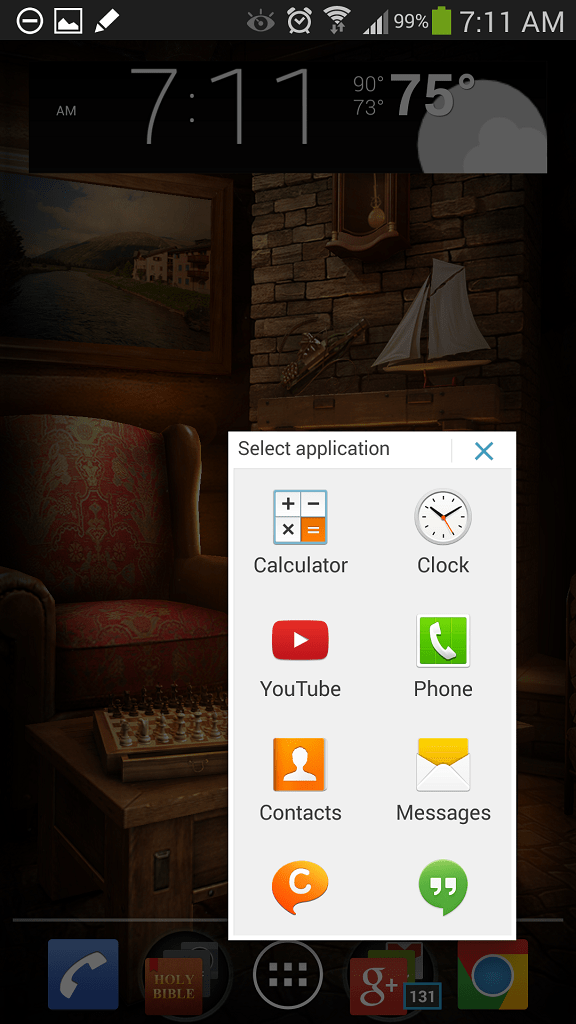 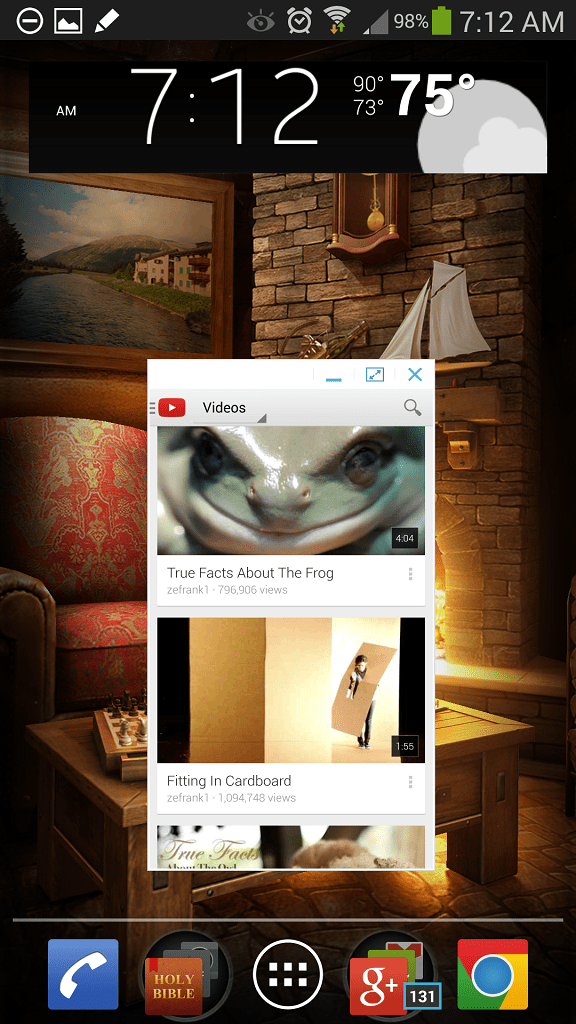 Once you choose your app the Pen Window will appear, giving you a familiar set of minimize, maximize and close controls, similar to a PC.  Instead of minimizing to a taskbar or similar dock, minimizing turns the app into a much smaller icon which will hover above every other app you have open.  You can click and drag the icon anywhere you’d like just in case it gets in the way.  Clicking the icon will bring the Pen Window back to normal size again.  Pressing maximize will bring the window to full screen and behave like a normal app would on Android. 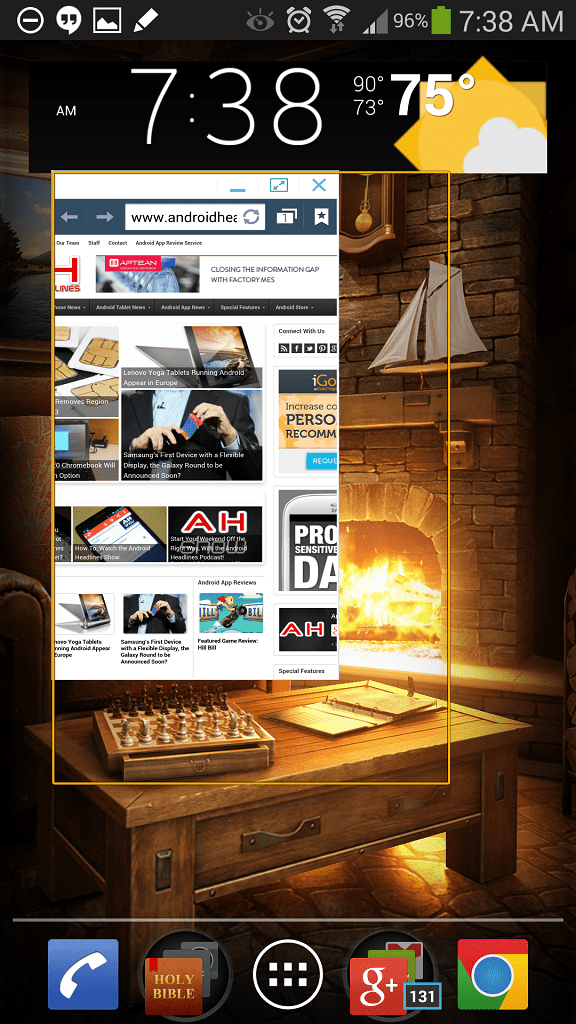 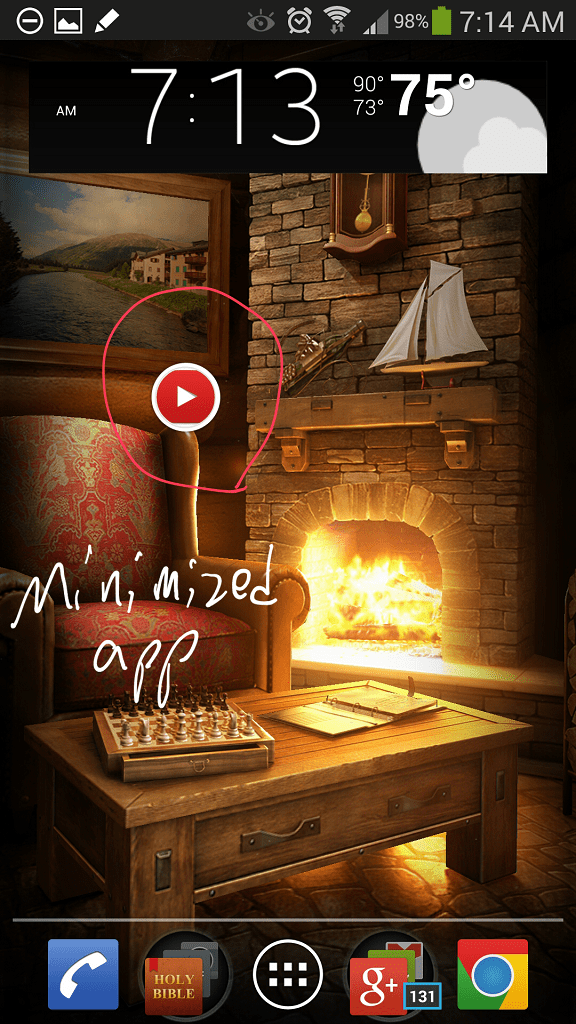 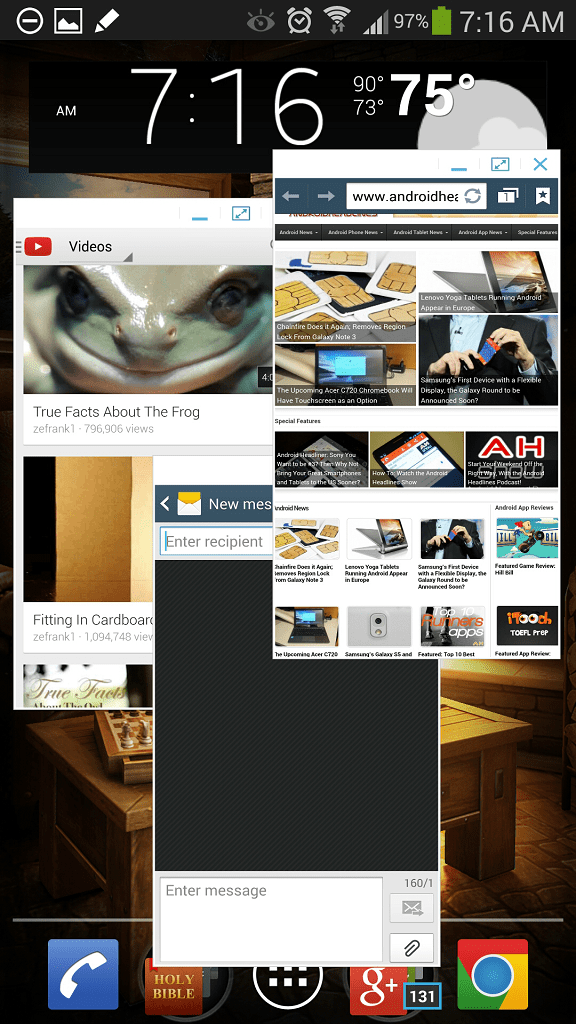 If you’re Pen Window is too big or too small, simply press and hold in the bottom left or right corner of the Pen Window and drag it out to resize the window.  This comes in handy when trying to read smaller print or just click a smaller button.  Of course your average Pen Window is the size of the iPhone’s screen, so it shouldn’t be too hard, right?  Sorry, had to throw that in there, it’s basically a requirement.

Beyond that there’s not much more to Pen Window.  It’s a simple new addition that’s also a very powerful one, and you’ll likely find yourself using it more and more as you get familiar with the Galaxy Note 3’s features and layout.  It’s easily the best multi-tasking solution I’ve ever come across on any mobile device, and while it’s restricted a bit out of the box, so are Samsung’s multi-window and LG’s Q-Slide.  Much like anything else if you want to get any app working with Pen Window it’s as easy as rooting your Note 3 and downloading the Pen Window Manager over at XDA.  This is a much easier solution than some other ones, as it’s a simple .APK file that’ll install and behave just like any other app would.  Launch it and you’re presented with a list of all your installed apps, games included, and you can add them to the Pen Window list.  You can even sort them alphabetically in the list, which is a Godsend for those who are familiar with how multi-window hacks have worked in the past.  With that have fun, and enjoy multi-tasking like never before!