The dictionary defines Infographics as:

Information graphics or infographics are graphic visual representations of information, data or knowledge intended to present complex information quickly and clearly. They can improve cognition by utilizing graphics to enhance the human visual system’s ability to see patterns and trends. The process of creating infographics can be referred to as data visualization, information design, or information architecture.

In other words – “a picture is worth a thousand words” – so write less, and let the pictures tell the story.  However, if you know me, I cannot keep my mouth shut, so let’s go on this Samsung journey together, and discuss their latest infographic on the new Galaxy Note 3 and its companion product, the Galaxy Gear smartwatch. 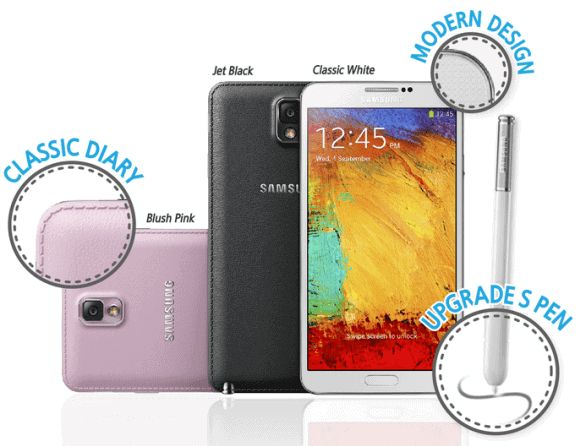 Here Samsung shows us that the new Galaxy Note 3 combines both a modern look with that of the classic diary, or daily journal, of faux leather and stitching, and comes with an upgraded S-Pen – The Galaxy Note 3 is, after all, much more than just a smartphone…it is a phablet, and begs the user to give up their old paper tablet or notebook, for their new electronic version to keep notes and store information. 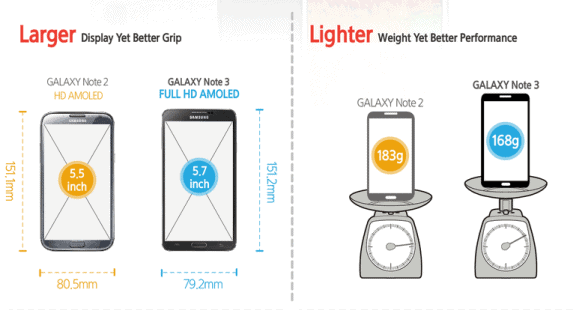 The picture on the left reminds us of why we should upgrade from the Note 2 to the Note 3 – not only is the screen somewhat larger, but the phone is slightly narrower, and the display goes from an HD AMOLED (720p) to a Full HD (1080p) AMOLED and really enhances your viewing experience.  The right graphic reminds us that even though the screen is larger (as well as the battery, see later), the new Note 3 is actually lighter by 15 grams.

The left graphic stresses that the new Note 3 is thinner than the Note 2 by 1.1mm, a large number in the smartphone world, especially when you realize that the battery is slightly larger.  The right graphic show us how much faster the new processor is in the Note 3, jumping its quad-core speeds from 1.6GHz to 2.3GHz!

Multitasking is taken to an entirely new level in the Note 3 and its speed and smoothness are aided by the jump from 2GB to 3GB of RAM – the FIRST device to use 3GB of RAM.

Samsung also “notes” that the battery life in the Note 3 has increased over its predecessor from 9 hours/7 minutes to 13 hours/7 minutes, based on 1080p playback time.  The Note 3 is also LTE-A(dvanced) capable, which is theoretically twice as fast as LTE – this is only if your carrier supports LTE-A, which the U.S. carriers do not, at this time.

The Note 3 also is the FIRST phone to come out of the box with Android 4.3 Jelly Bean installed, adding many new features and capabilities for developers to take advantage of when designing apps.  Samsung is also offering a large array of optional covers, cases, and accessories for the new Note 3. 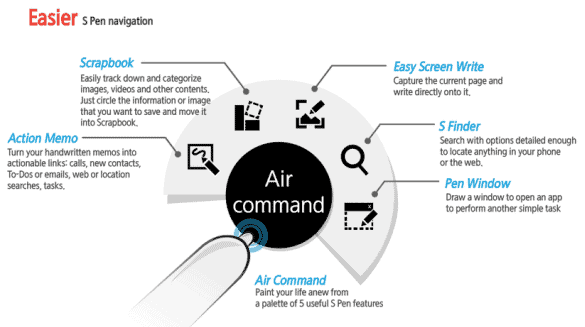 One of the most improved areas of the Note 3 is in the utilization of the S-Pen and its integration with the device and software – Air Command is just one area that makes using the S-Pen a delight, easily accessing its five most common uses, right at your S-Pen tip. 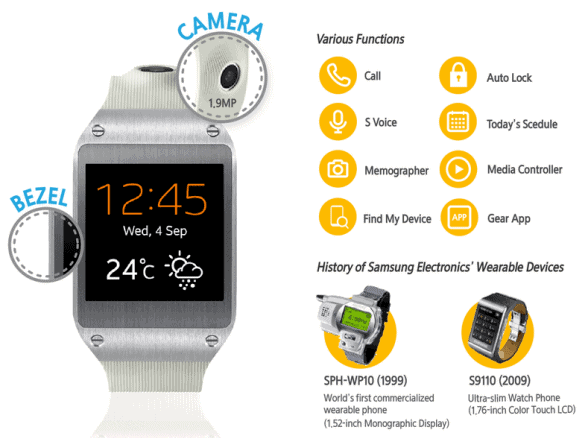 Samsung also introduced a “companion” product, the Galaxy Gear, a wearable, or smartwatch device.  Besides the brushed aluminum bezel and 1.9MP camera built into the strap, the graphic illustrates the many other functions the Galaxy Gear can perform to help you throughout the day. 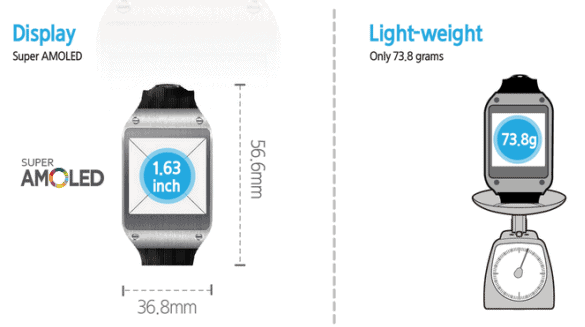 The Galaxy Note 3 and Galaxy Gear communicate via Bluetooth 4.0 and with a 315 mAh battery and 4GB of Internal memory, you have 25 hours of usage, so your Galaxy Gear will give you a full days worth of usage. 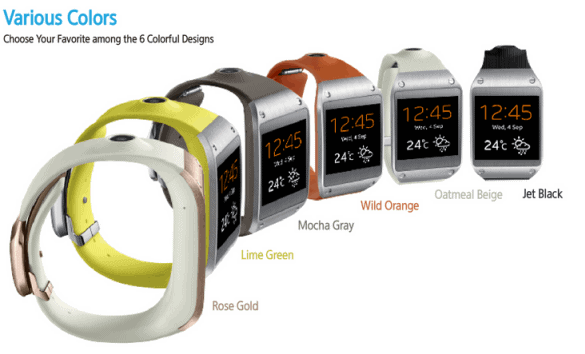 The Galaxy Gear comes in a full array of colors to choose from so you can pick the color that best suites your personality.

Let us know in the comments or on Google+ if you are picking yourself up a new Galaxy Note 3 and/or Galaxy Gear and if y0u already have them, how do you like Samsung’s newest dynamic duo.