Samsung’s Galaxy Note series has evolved rapidly over the past 2 years, going from a pretty simple experiment to a full-fledged notebook-replacing machine. One of the easiest ways to take notes was introduced with last year’s Galaxy Note II, and it was called pop-up note. Pop-up note did exactly what it sounds like; when you remove the S-Pen from its holster, pop-up note appears on your screen so you can jot things down quickly and efficiently. This year with the Galaxy Note 3, Samsung has added a whole new even more powerful way of quickly performing common actions used with the S-Pen when you remove it from its holster, and it’s called Air Command. Today we’re going to go over Air Command, how it works and how to use it. 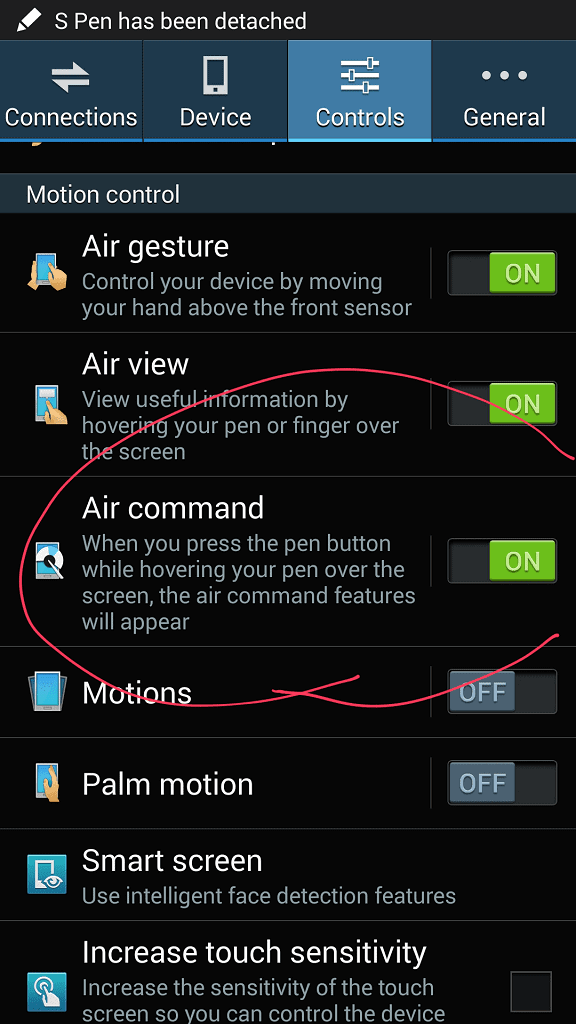 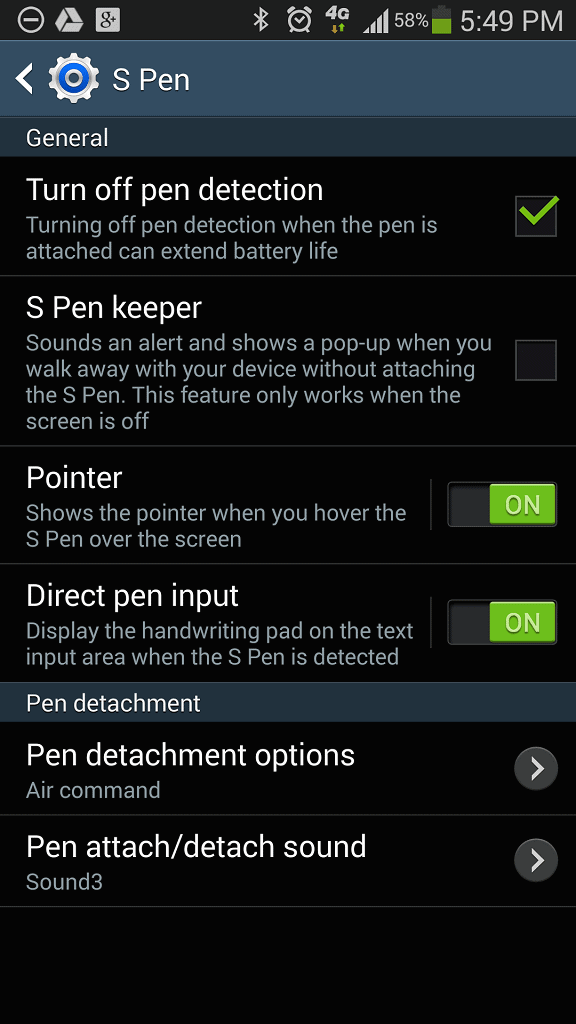 Air Command can be called up in one of two ways: either remove the S-Pen from its holster and Air Command appears automatically by default, or hover the S-Pen over the Galaxy Note 3’s screen until the cursor appears and click the button on the S-Pen. If for some reason you’ve changed the default behavior of Air Command appearing when the S-Pen is removed from its holster, just navigate to Settings, go to the Controls tab, click S-Pen and select “Pen detachment options” to change between None, Action Memo and Air Command.  While you’re in settings make sure that the Air Command setting is actually turned on too (circled above). 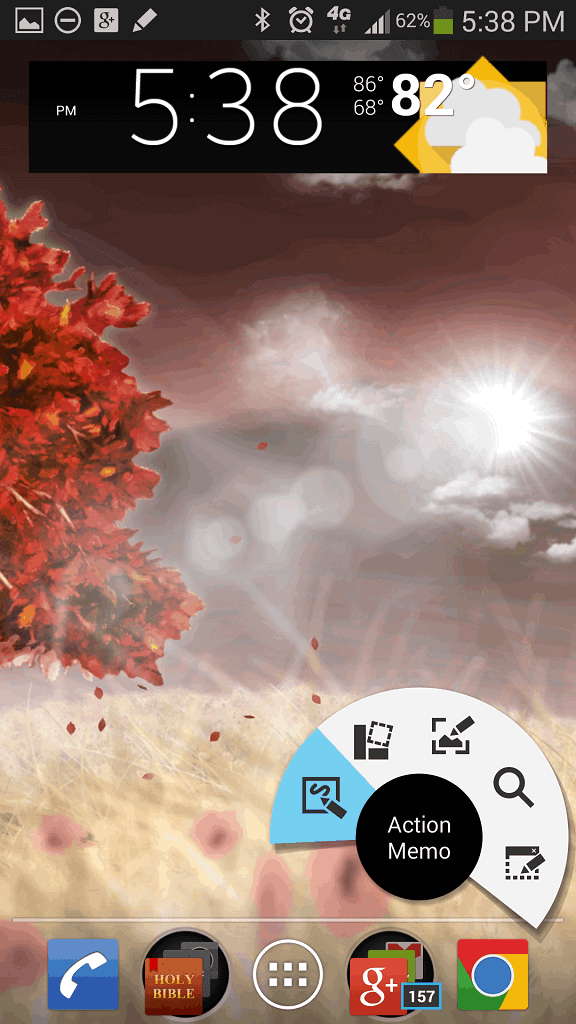 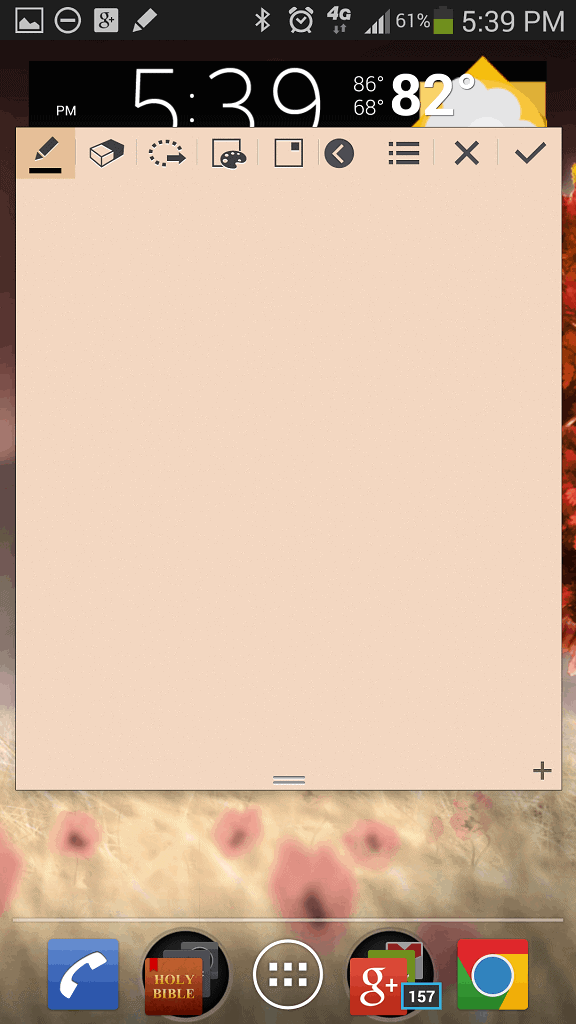 Once Air Command has made an appearance on your screen, you are able to select from 5 different commands. The first command is Action Memo, which is a full-featured quick memo taking app that replaces the Galaxy Note II’s pop-up note. Action Memo is superior in every way to pop-up note, and even includes options like pressure-sensitive writing and the full set of tools that S-Note includes. Check out more about Action Memo and S-Note in our full S-Note 3 review here. 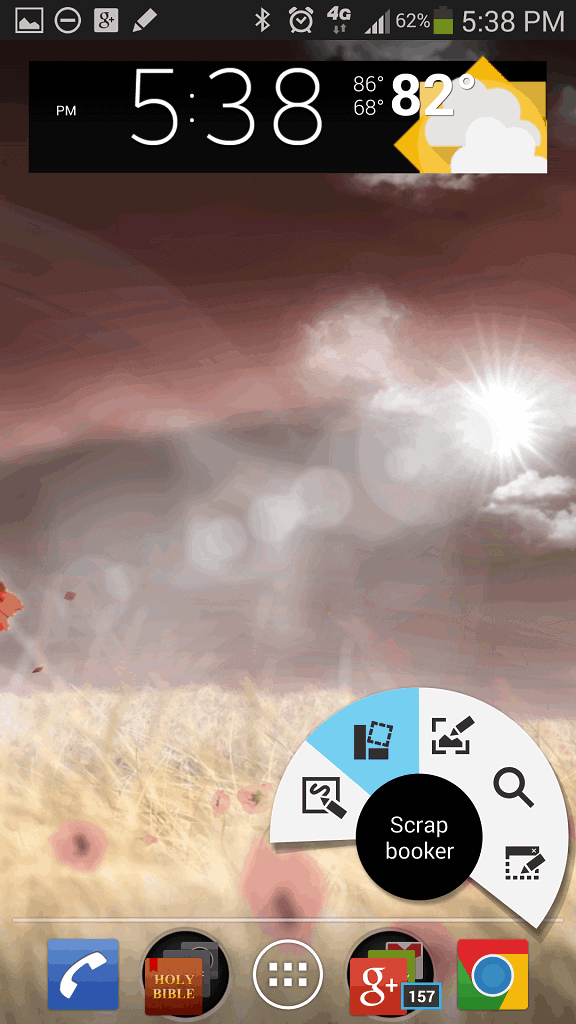 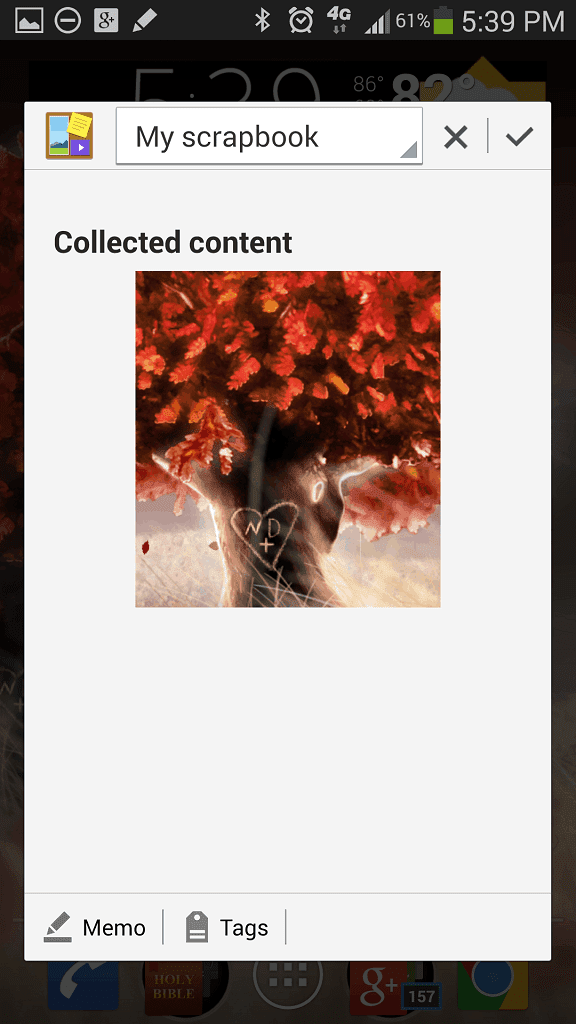 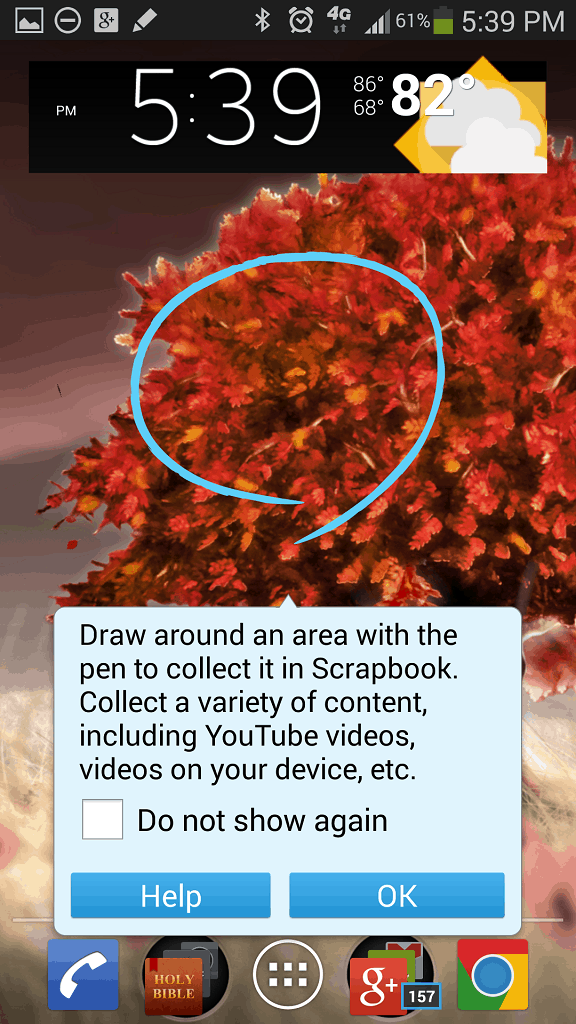 The second option Air Command gives you is Scrapbooker, which is a new feature that Samsung has added to the Galaxy Note 3. Scrapbooker allows you to select any element you want on the screen and save it to the Scrapbook app. This could be something as simple as a picture, in which you circle the area you want and a square crop of the area is placed in the Scrapbook. If you select text the Galaxy Note 3 automatically converts any text you’ve highlighted into an easily editable form and places them in a scrapbook. This is an easy way to organize things you’ve found on the web, conversations you’ve had with friends, etc. 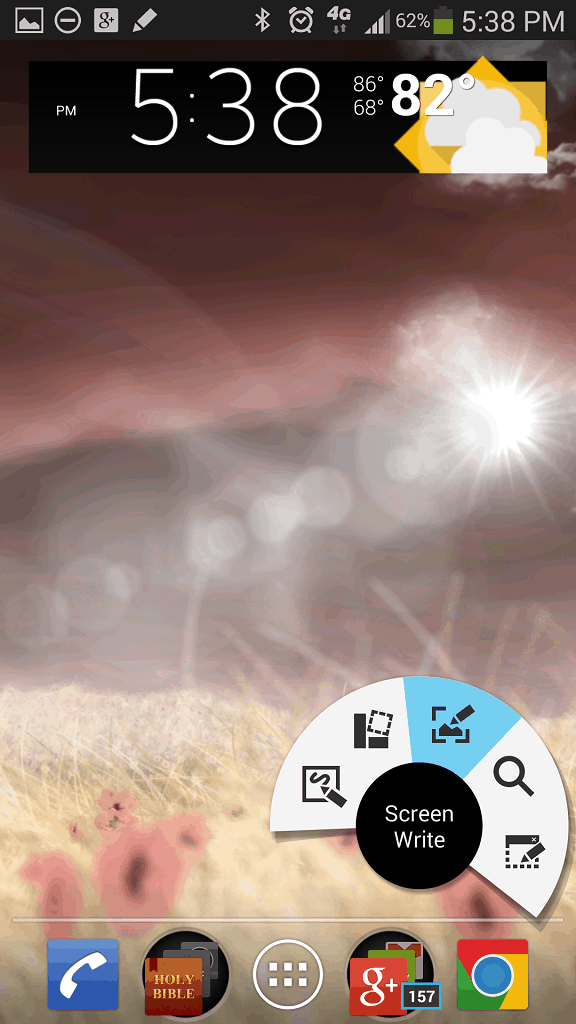 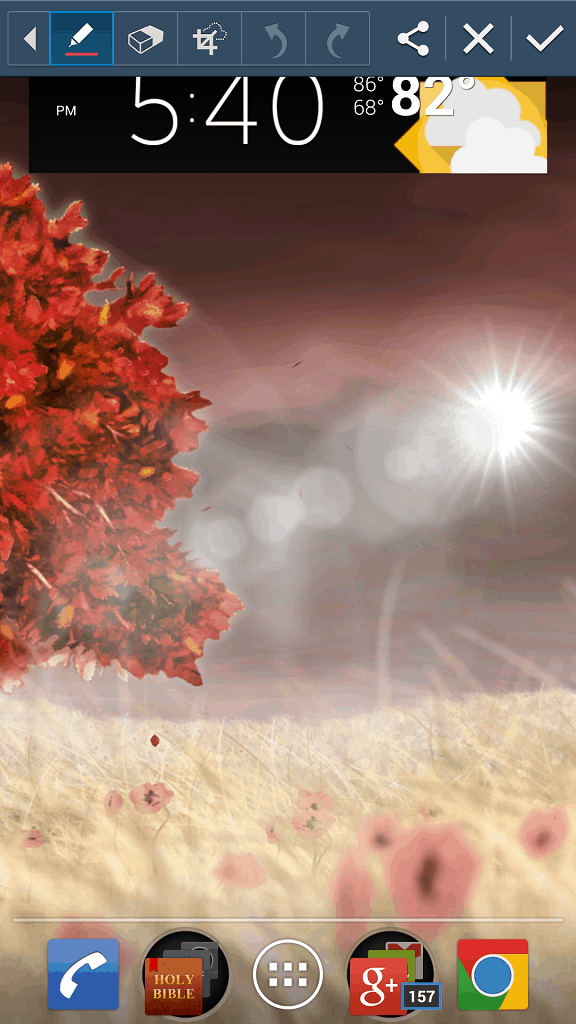 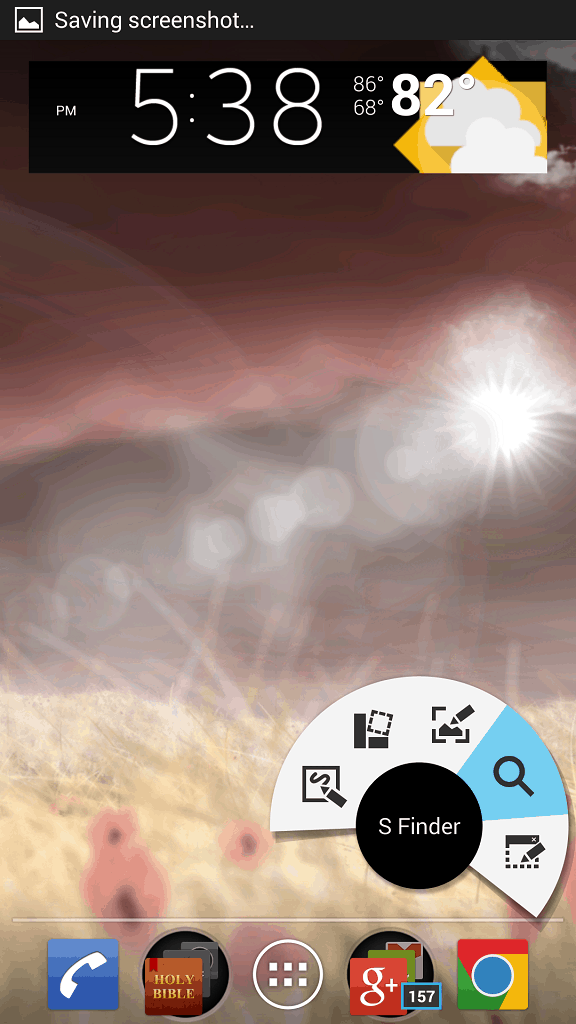 Moving along the wheel we find Screen Write, which allows you to take a screenshot easily and write on it directly afterward. This option can also be accessed by holding the S-Pen button and pressing the S-Pen on the screen until a screenshot is taken. The fourth option is S-Finder, which is Samsung’s brand new search app. S-Finder is something we’ll go over in detail in a later article, but to sum it up everything you do on your phone is aggregated within searchable parameters, whether it be taking pictures, sending text messages or emails, etc. S-Finder should be able to find things contextually and deliver them to your screen quickly and easily. 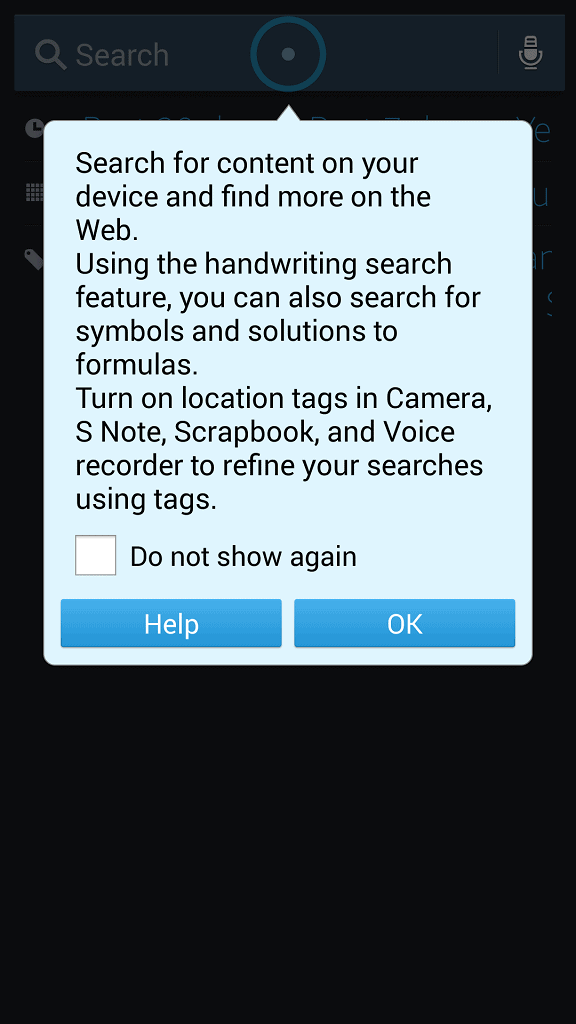 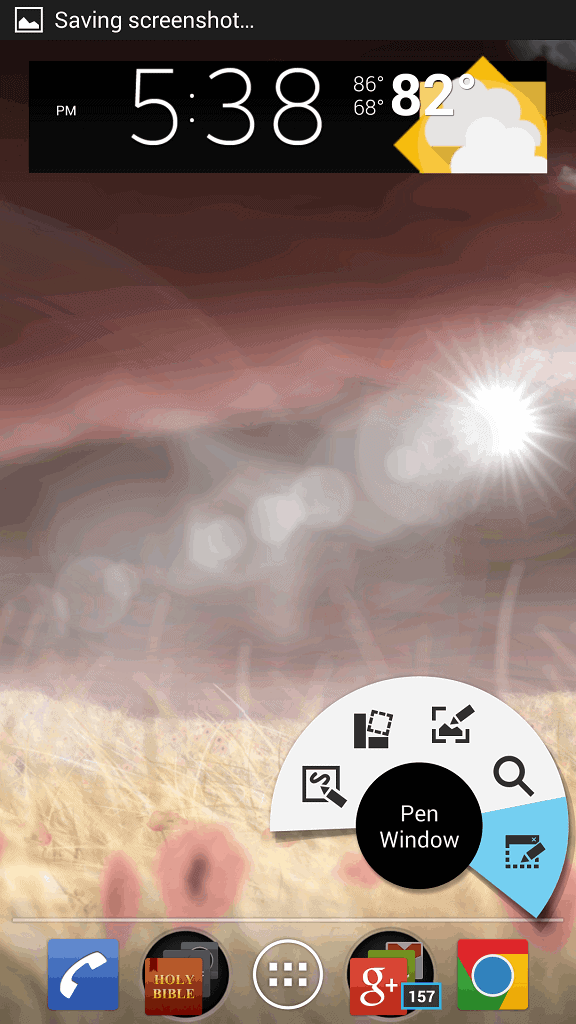 Lastly the fifth option in Air Command is Pen Window, which is Samsung’s newest multi-tasking solution. To learn more about Pen Window, check out our full breakdown and how-to article detailing it all. In addition to these options, Samsung has added Air Command features to a number of its own apps, including the messaging app and gallery. 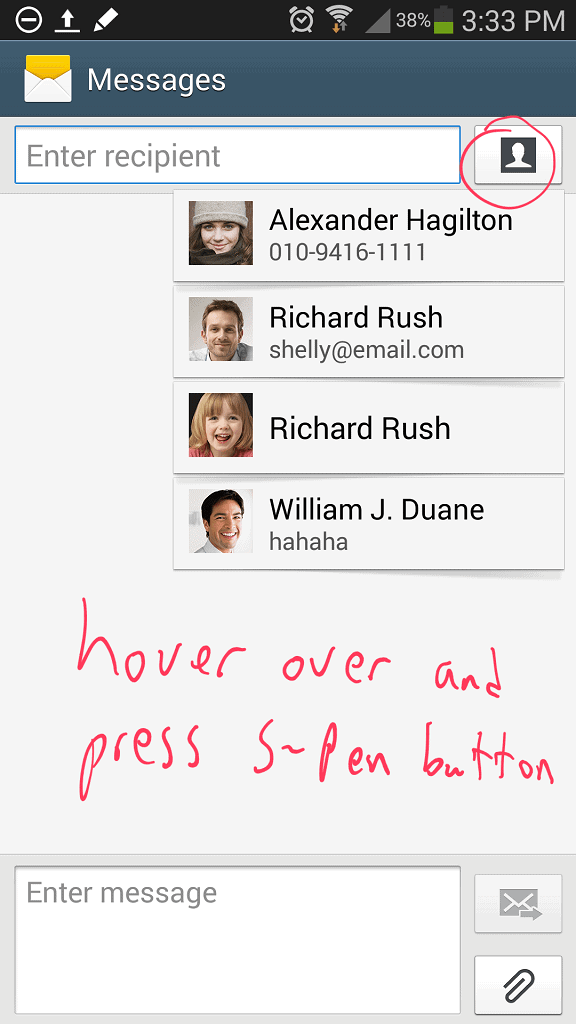 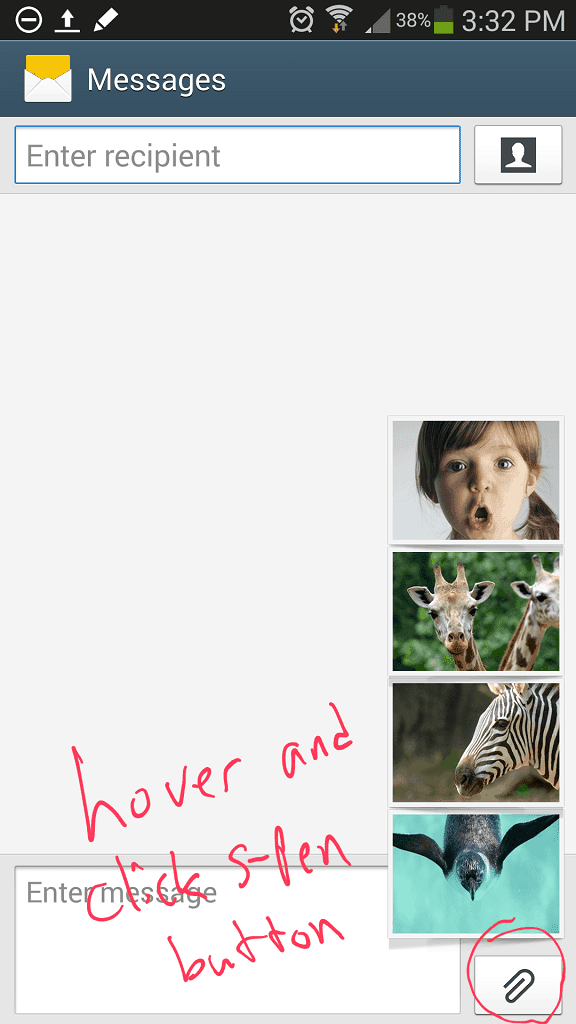 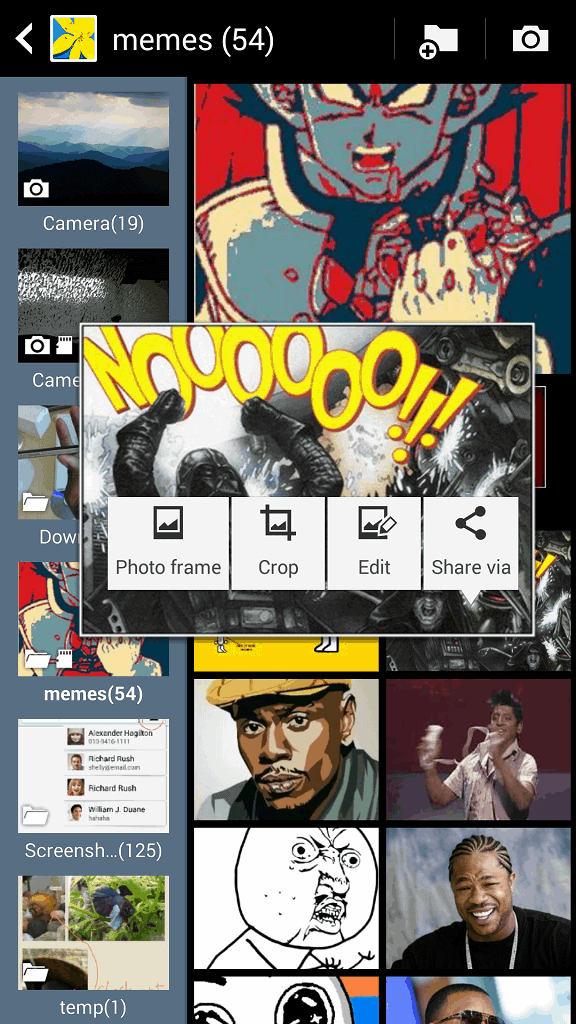 Hovering over a picture in the gallery and clicking the button on the S-Pen brings up a menu to let you easily edit photos and perform common actions.  Messaging is the same way, and hovering over the add contacts button and clicking the S-Pen’s button will give you your most frequently contacted people, while performing the same action on the insert button will give you your most recently added photos.  If you’re used to using the S-Pen for daily tasks, these little things will surely add to your experience with the Galaxy Note 3.  Samsung is trying its hardest to get people to use the Stylus more often, as that’s one of the biggest features of the Galaxy Note series, and opening up more quick actions seems to be a great way to do this.  Hopefully developers will start using these types of features in the future and they aren’t just limited to Samsung apps, but for now this is what we’re getting.