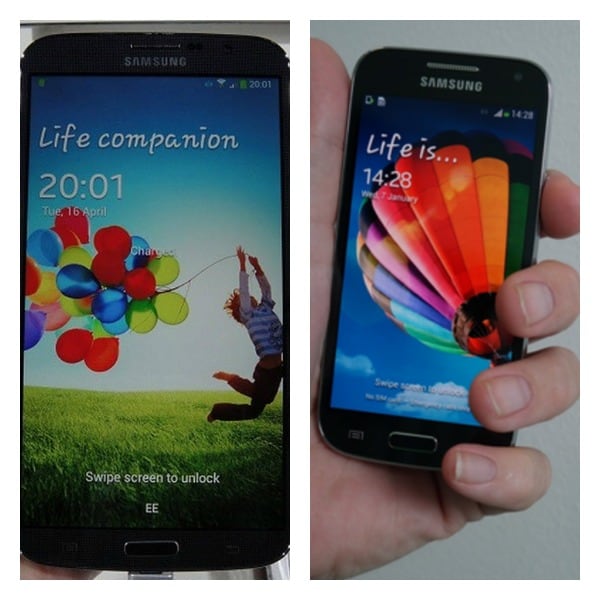 This morning Sprint announced that the Samsung Galaxy Mega 6.3 and the Galaxy S4 Mini will both go on sale starting November 8 – the same day that Sprint is being you the HTC One Max and the LG G2 – so Sprint customers will have four new devices to chose from for the holidays.  Both the Galaxy Mega 6.3 and the Galaxy S4 Mini can take advantaged of Sprint Spark and the "enhanced LTE network" which combines the three bands of 4G LTE wireless spectrum on Sprint's network.

Sprint is touting the "Pocketability" of the Galaxy S4 Mini and the "Supersize" of the Galaxy Mega 6.3, so whatever your fancy, Sprint has you covered.  The S4 Mini is great for kids or adults that want something to slide in their pockets or purses, while the Mega 6.3 is for those that play games, watch videos, or reads a lot and wants that larger screen size.

A comparison of the two phones are listed below: 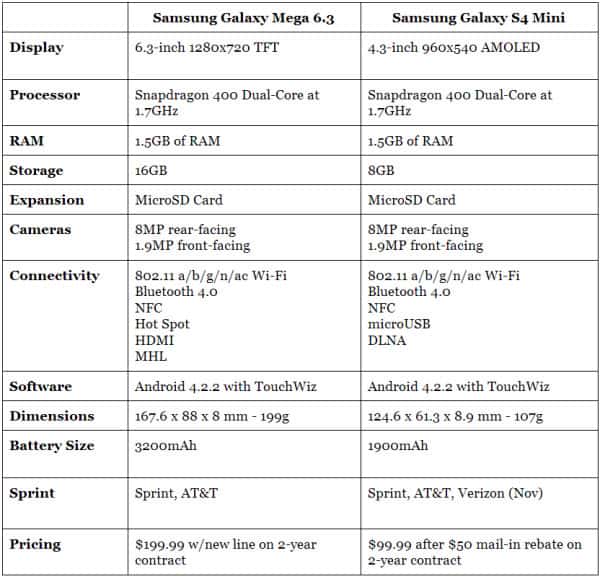 As you can see, other than the screen, battery, and internal storage, these devices share the same processor, same amount of RAM, the same camera (front & rear), the same Android version 4.2.2, and they both allow you to use a microSD card.  Obviously, these phones are targeting different customers because of the extreme difference in the size of the devices.

Although Sprint is the bunt of many jokes as the number four carrier in the U.S., it is nice to see that they are getting a variety of phones in a variety of sizes.  If you are using the Sprint network, this will open up some more variety and also before the holidays – so treat yourself to one of new additions to the Sprint line up.