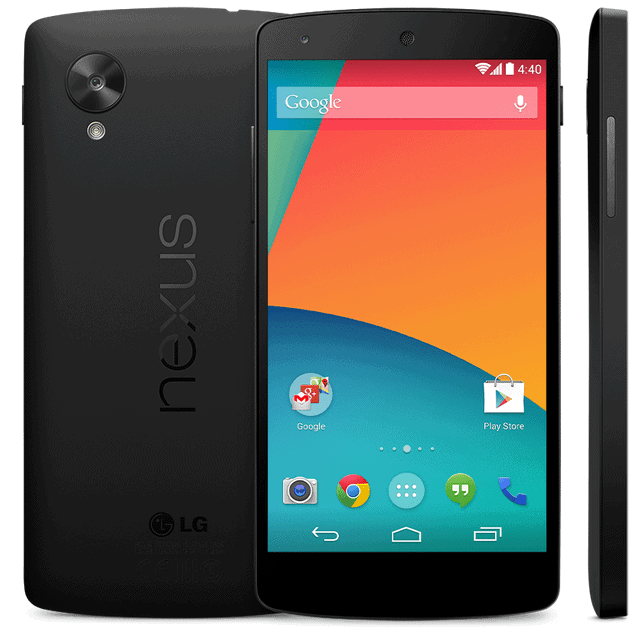 We already know just about everything about the Nexus 5, or at least we think we know everything about it already. We know the specs, pricing, we just need availability. And hopefully tonight's rumor is real. So we can stop hype beasting the Nexus 5 and get it in our hands already.

We've already seen many renders of the Nexus 5 floating around. Including one from Canadian carrier TELUS along with one from Google. The image above is the same image that was used when the Nexus 5 hit Google Play prematurely a couple of weeks ago. The rumor right now is that the Nexus 5 would be available on Google Play on October 31st. Which means we should see an announcement about Android 4.4 and the Nexus 5 sometime next week. Unless Google decides to just announce it through a press release again this year, which I really hope they don't.

As for our Canadian friends, the Nexus 5 will be heading up North on November 8th and according to Mobile Syrup, it should be landing on Rogers, Bell, TELUS, Koodo, and Viring. Now remember that these are all unconfirmed dates until Google and/or LG confirm them, which should be rather soon.

As far as specs go, we're expecting a 4.96-inch 1080p IPS display, along with a Snapdragon 800 processor, 2GB of RAM, 2300mAh battery and it should be available in 16GB and 32GB variants. It'll also be the first device launching with Android 4.4 KitKat, alongside the Nexus 10, which we expect to launch on the same dates as the Nexus 5. We haven't heard much about the Nexus 10, which doesn't surprise me since we didn't hear much about it last year either.

Who's ready to fight with Google Play to get a new Nexus? If you remember the trouble we all went through last year then you'll know what I mean.