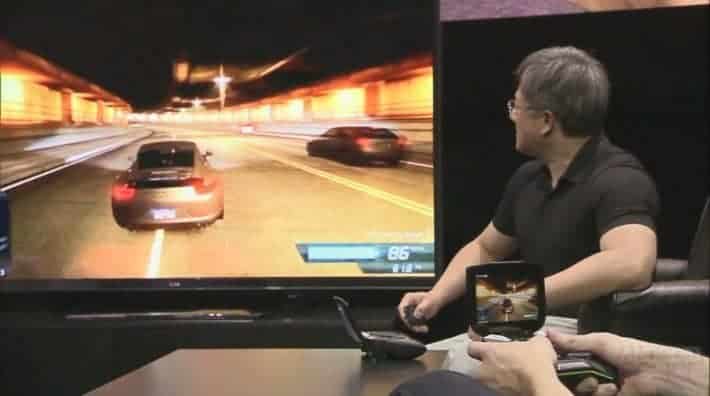 Recently, NVIDIA's CEO Jen-Hsun Huang had an interview with Engadget in which he was asked if the public could expect a new rendition of Shield in 2014. In the beginning of 2013, at CES, NVIDIA showed off the Shield, which was then named Project Shield. It had a lot of promise, but I believe their biggest problem was announcing it more than 6 months before launch, and most of us forgot about it. Additionally, NVIDIA has already announced their next-generation Tegra chip which codenamed Project Logan. Which will be the first Tegra chip based on the same "architectural sophistication" that you see in the PC platform today.

Huang also said that the he would love to see the next Shield device be the "first consumer" product of Project Logan. So we may see the Shield 2 at CES in January, which is where the first Shield was announced and shown off. It was unveiled alongside the Tegra 4 chip which is just now making it into some devices. Like the Transformer Pad TF701T from ASUS. The Shield only just hit the market about 2 months ago after being announced nearly 10 months ago. That's a big wait, especially with no leaks, whether they be controlled leaks or not, there was really no hype built up for this device. That's something NVIDIA needs to work on. Along with the $300 price tag, I don't see a whole lot of people lining up to buy this. Probably about the same amount that lined up for the Surface 2.

I'm interested in the Shield but for $300, that's almost the cost of a full console. Now I know the Tegra chip is awesome for gaming, but I'm not that hardcore of a gamer, so I may not be the targeted audience with this product. But if the Shield 2 comes next year with the Tegra 5 and is a bit cheaper, would you think about picking one up? Let us know in the comments below.