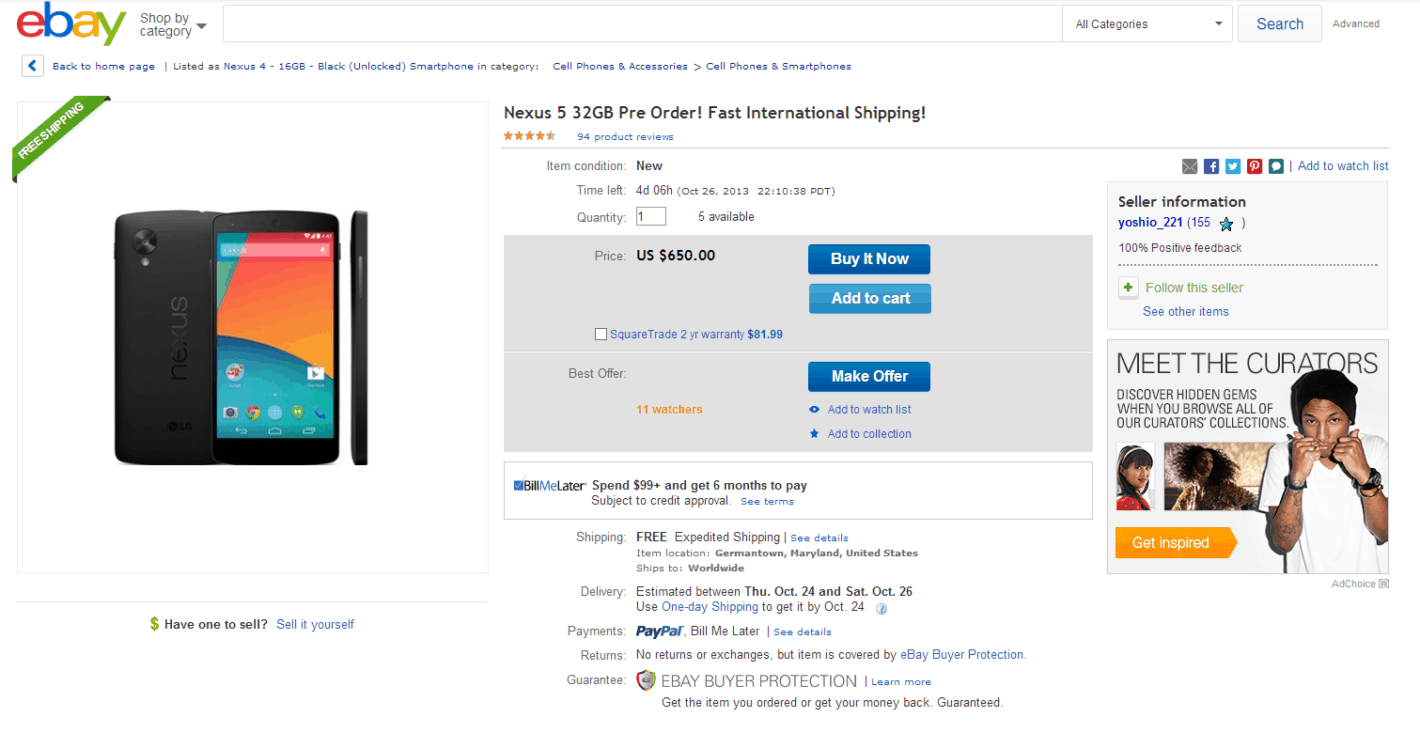 You didn't think we were done with Nexus 5 rumors now did we? This one really isn't a rumor, but it's interesting to see the Nexus 5 pop up on eBay for pre-order. Well it's not technically a pre-order since the device hasn't been announced yet. Compared to other devices being marked up on eBay, it's not too bad. Usually stuff are marked up to about $1000 or more. But since the Nexus 5 always comes in really cheap, around $300, a $650 markup is pretty heavy. That's about double the price.

What's interesting is that this eBayer us listing this under "Buy it Now". Which kinda makes me think that the person selling these Nexus 5's will be able to get their hands on the Nexus 5 at launch. We all know how bad launch day is for buying the device. We remember last year when the Nexus 4 sold out in about 15 minutes and also crashed multiple times with many people getting charged for 2 or 3 or more Nexus 4's. Pretty crazy right?

As far as the specs go, here's what the seller has listed:

Not a whole lot about the specs here, here's the description from eBay about the device:

This is a pre-order for the brand new Nexus 5! The reason why I am doing this is because the phone will most likely not be available in most regions across the globe, so I am offering my time and effort to get the phone to you as fast as possible, so you don't have to wait weeks or months to get it. Be the first. The 16gb version is also available, just find my other listing! Will ship out as soon as I receive it, across the world. Buyer is responsible for all taxes and fees. I know nothing about the official specifications, but if you are looking at this listing you probably have been reading the rumors already. Thanks for looking!

So there you have it. If you want to "pre-order" your Nexus 5, go ahead. I'm sure Google will have it taken down soon.