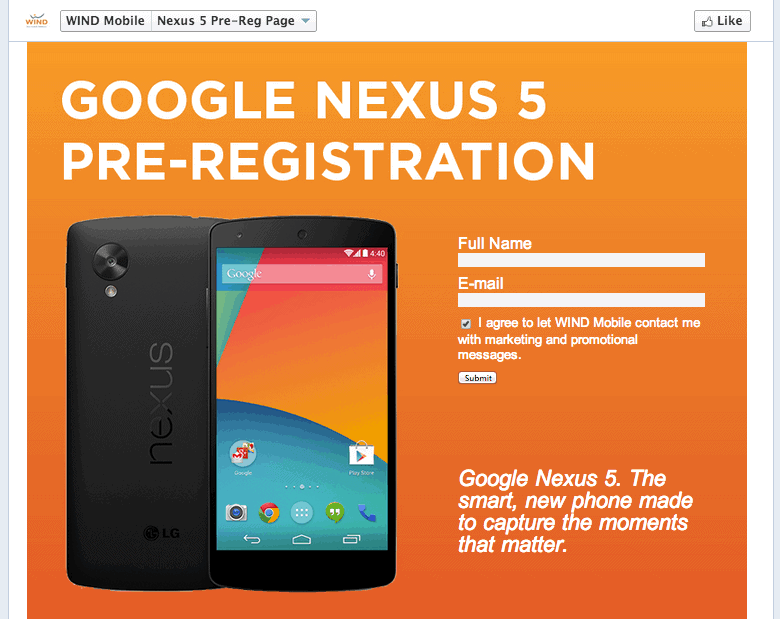 Here's something interesting that the folks at Mobile Syrup came across this evening. It looks like one of the Canadian carriers, WIND Mobile, has pushed out a pre-registration page for the Nexus 5. It also reveals all the specs of the device. It also reveals the tagline "Google Nexus 5. The smart, new phone made to capture the moments that matter." Which kinda means to me that there's a much better camera on board compared to the Nexus 4.

As far as the specs go, here's what we're looking at:

So there's not a ton of surprises there in the spec list. That's basically what we've been seeing for the past few weeks. It seems like we are continually getting closer. But we still have no clue when the Nexus 5 and Android 4.4 will be announced. However we are still betting on the end of this week. As far as Canadian carriers go, for availability, we're pretty sure WIND Mobile will have it. We'll probably see the rest of them selling it, as well as Google Play selling it unlocked. But it's looking likely to be a worldwide launch, and not launch in Canada, the UK and other regions days or weeks later.

In the US, I'd expect it to be available on T-Mobile and the Play Store. Not so much AT&T, and definitely not Sprint and Verizon unless somehow Google was able to get CDMA support into the Nexus 5. Which we've seen that it does have Sprint's LTE bands on board, so it's a possibility. 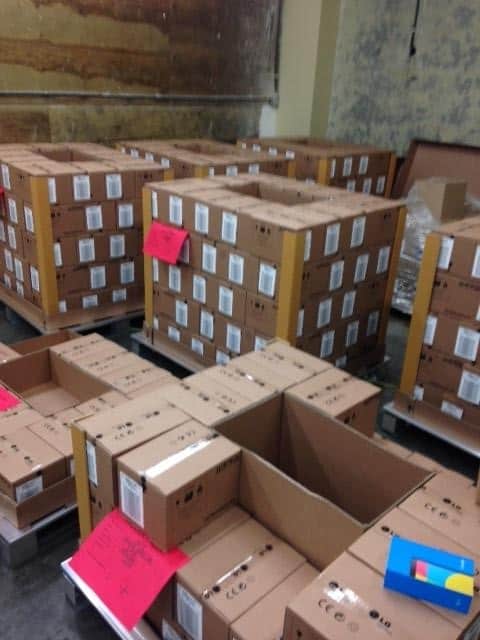 Additionally, there's an LG warehouse in Canada that has thousands of Nexus 5's ready to go out. And we've already seen that Carphone Warehouse has a few thousand, so what's Google waiting on? 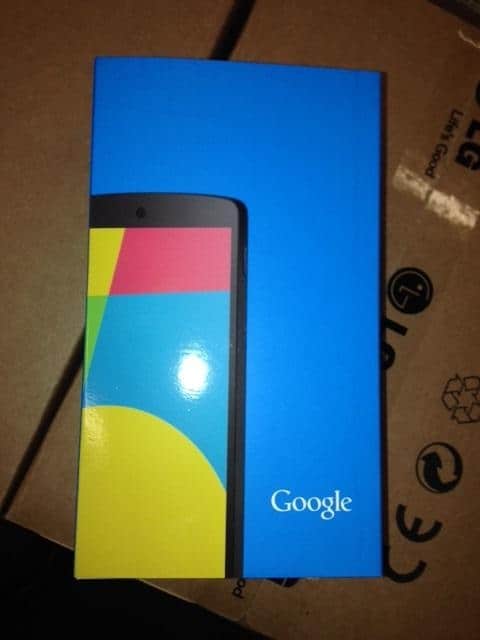