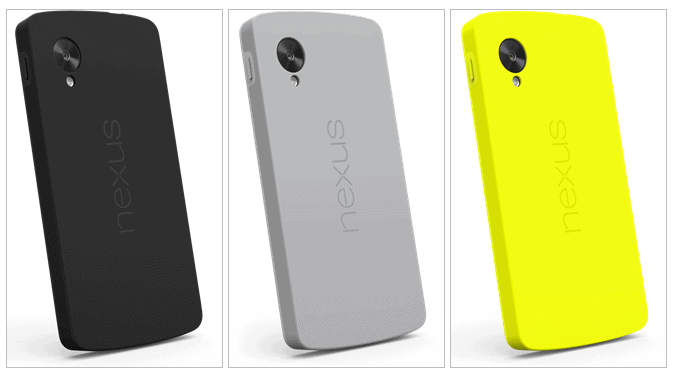 This is rather surprising. Usually with Nexus devices, we don't see accessories launch until about 6 months later. Although the Nexus 7 (2013) launched in July with a case, and a few more popped up about a month later. Today, with the launch and announcement of the Nexus 5, we now have a few cases available on the Play Store. These include the Nexus 5 Bumper Case, and Nexus 5 Quick Cover. 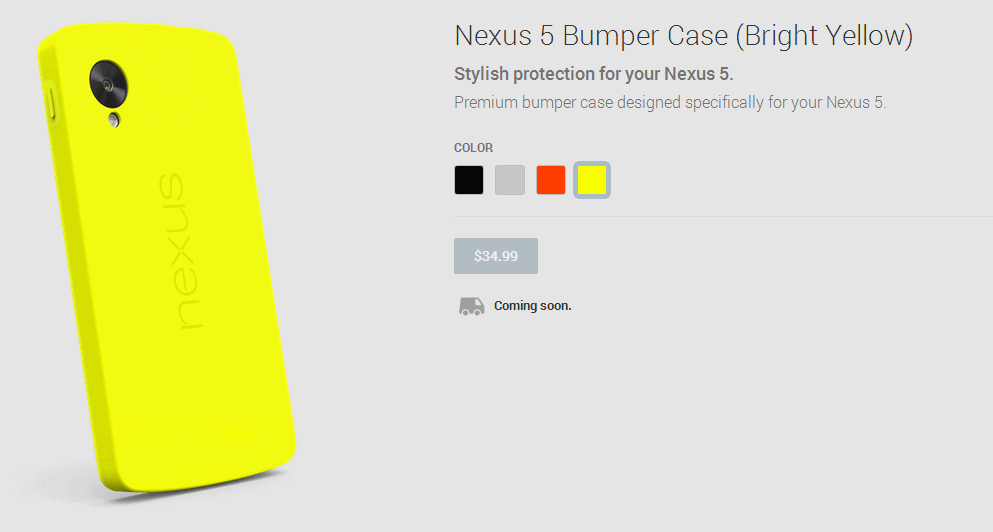 The Nexus 5 Bumper case comes in 4 different colors, black, gray, red and yellow. Of course they are all marked as coming soon on the Google Play Store. But what's interesting here is that most bumpers just cover the sides, but this one covers the back as well. It also still has that awesome Nexus logo on the back that we all know and love so much. As Google states it's "designed to fit your Nexus 5 perfectly". It's a nice looking case, especially the red one, but for $34.99 I'm sure you can find some others from Spigen or Poetic. 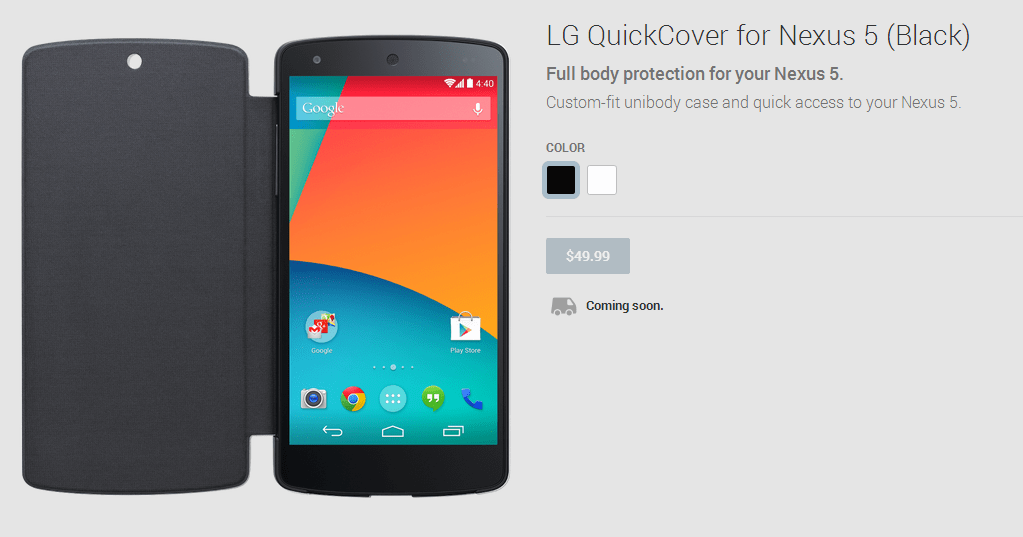 Then there's the LG QuickCover case for the Nexus 5 which is available in black and white, to match your Nexus 5. It's going to set you back $50. It looks just like the S View Cover on the Galaxy S4 and the QuickCover on the G2. The only thing missing is that window. You know that window that allows you to see the clock on your phone? Or see who's calling. Yeah that's not there. But there's a hole to see the notification light so you can see if you have notifications. Both colors are also marked as Coming Soon on Google Play.

It's nice to see some cases and accessories available on launch day. Although I wish they were actually available, as in you can buy it right now. Instead of having to wait for them to become available. Anyways, we'll be putting together some top 10 lists for Nexus 5 accessories soon, so you'll want to check those out.