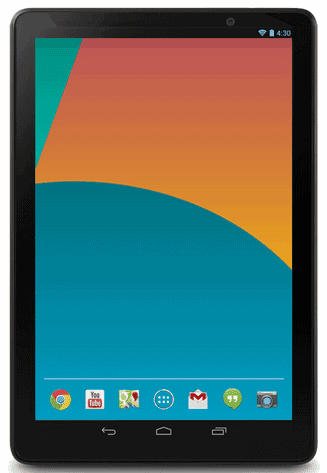 Phone Arena is reporting tonight on an anonymous tip that hit their inbox today. It seems to be a press render of the Nexus 10 (2013) which we are expecting to be announced pretty soon. The picture above, at least according to Phone Arena, is a press render of the second generation Nexus 10 tablet built by ASUS and Google. Instead of returning to Samsung this year for the Nexus 10, it appears that Google has chosen to use ASUS. Which is fine with me, I really like ASUS' tablets and I'm sure this one is no different.

Way back in July, just after the Nexus 7 and Android 4.3 event, known as Breakfast with Sundar, we had heard a rumor that the Nexus 10 would be powered by a quad-core Snapdragon processor and would keep the 2560×1600 resolution display. Now it's not confirmed, but I'm hoping for a Snapdragon 800 or Tegra 4 inside. Since this is ASUS, I wouldn't be surprised to see a Tegra 4 chip inside this bad boy. 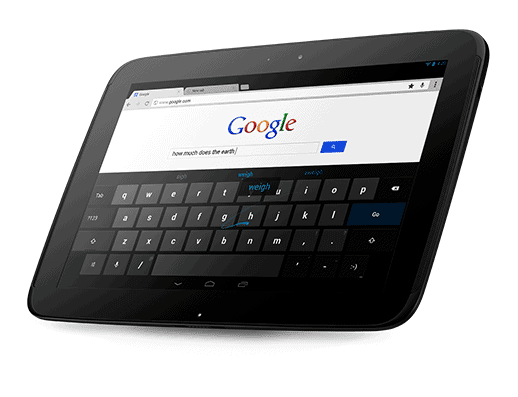 This tablet is supposedly going to be modeled after the Transformer Pad TF701T which was announced back at IFA by ASUS. That thing has a Tegra 4 chipset, 2GB of RAM, 32GB of storage,  2560×1600 10-inch display, along with 13 hours of battery life. Now last year's Nexus 10 lasted forever, and then another couple of days. So ASUS and Google have their work cut out for them to beat out last year's Nexus 10's battery life, but I'm sure they can do it. Looking at this year's Nexus 7, it has a smaller battery but better battery life. Pretty crazy.

What's interesting, is looking at this press render, it doesn't appear to be running Android 4.4 – KitKat. At least not from the leaks we've seen. In the leaks we've seen gray status bar icons and a different app drawer icon. There's also different icons for Hangouts and the camera. So it looks like this is running Android 4.3 along with one of the KitKat wallpapers that's floating around. So I'm not sure if this is the real deal. But it's the only image we've seen so far of the Nexus 10, which has stayed pretty quiet.