Skip to content
Trusted By Millions
Independent, Expert Android News You Can Trust, Since 2010
Publishing More Android Than Anyone Else
0
Today
169
This Week
612
This Month
612
This Year
118484
All Time

The latest rumors say that Nexus 5 and KitKat will be announced in just a few days on October 15th, so it’s no surprise that we’re getting bombarded with all sorts of leaks now. The latest one shows us some screenshots of KitKat on Nexus 5, from where we can see a few UI improvements.

Some of these improvements include a transparent software buttons bar, instead of it being black as before. That makes it a lot more integrated into the OS, and not like something that’s “outside” of what you’re doing on the screen. We saw this first at the LG G2, and I’m glad to see it’s coming to stock Android, too.

There are also bigger icons coming to Android 4.4, which I think is a welcome move. I’ve always disliked the tiny icons pre-ICS, when the icons were almost smaller than the distance between each other, which made no sense at all. In the “touch” world, we need touch targets to be as big as possible (without looking ridiculous), so we can easily hit them, and easily find the icons we want on our screens. This should be an even greater news for people with poorer eyesight. 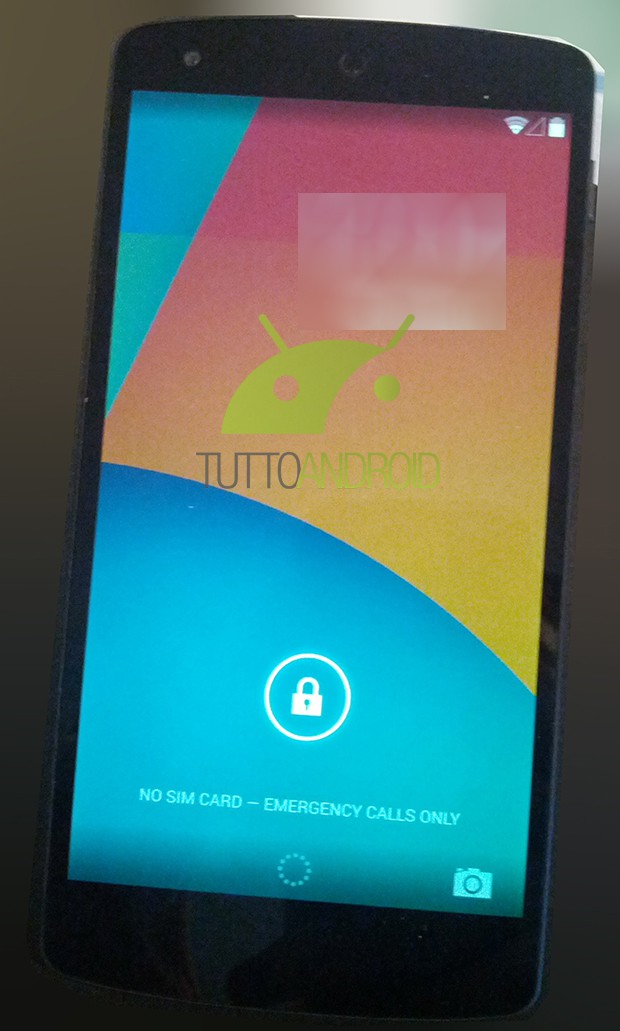 On the lockscreen we can also see an icon for the camera, which should make access to camera a little faster, although I’d probably prefer even more direct access to the camera such as a tapping a hardware camera button, or flicking the phone, like you do with the Moto X, to enter directly in the camera app. 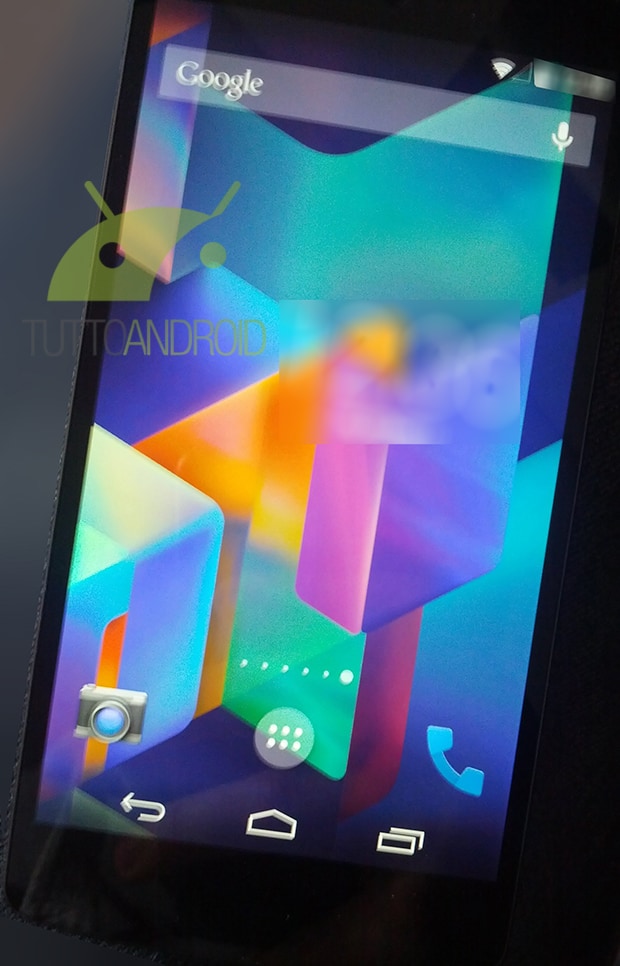 In the above screenshot we can also see that there are now white icons in the status bar, instead of neon blue as before, and the phone icon, and a few other icons have changed. 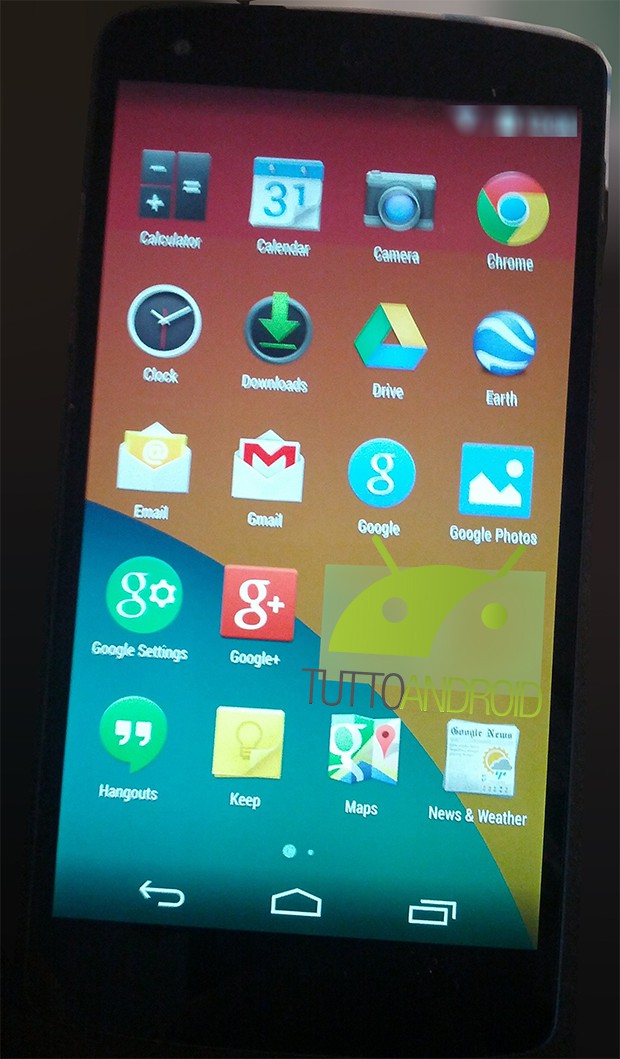 The website which received these leaks and tips about the Nexus 5 also reports that the performance is “extremely fluid and fast”, and that Android 4.4 KitKat seems to be a much “lighter” version of Android, which would make sense after several reports earlier that it would use the Linux kernel 3.8-3.10, which allow for lower RAM usage and more optimizations to make Android 4.4 work better on devices with lower end hardware (and obviously work even better on high-end hardware than previous versions).

The leaker also says the camera performance is excellent due to its Optical Imagine Stabilization (OIS). I’m sure we’ll find out even more about Nexus 5 and Android 4.4 in the next few days and at the official announcement, but so far both Nexus 5 and KitKat look great.