It's another week, so naturally we have another launcher, or actually a lock screen replacement app, to talk about. It's not yet available but should be coming soon. Cover was actually created by a few veterans over at Google, Facebook and Yahoo. The goal with Cover is to make the lock screen more flexible by anticipating which apps you want at that particular moment. Of course, this is something that's not possible on iOS since it's such a closed down OS unlike Google's Android.

What Cover does is it shows a 6-item list of a persons most-used apps down the let edge of a phone's lock screen. Tapping on one of the icons launches the app immediately, just as you'd expect. Sliding an icon to the right lets you peek the details of that app quickly. Which is really good for email, maps and calendar apps. What the app does, is it tries to anticipate what you'll need so you'll be one step closer to getting or accessing what you need on your phone. It actually sounds really cool, and I'm excited to get my hands on it soon. 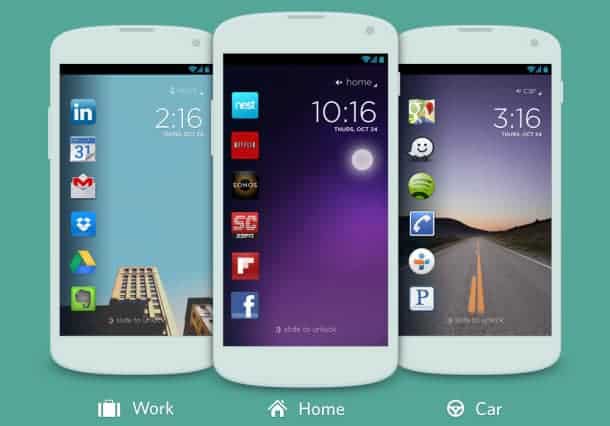 Right now the app isn't yet available, but if you are running Android 2.3 or later, you are able to run the app. So you can head over to their website and sign up for their beta version which should go live soon. It will be a free app, but the company is going to try and make some revenue through other means like spotlighting new apps or promoting ones they've installed but not used. Which is nicer than seeing a big ad on your phone. Right?

This isn't the first app that tries to anticipate what you are doing or trying to do. Just a week ago, we had heard about Aviate, which anticipates where you are and what group of apps you want to see on your screen. You can think of it as a Google Now launcher. Now this seems to be like Google Now for apps on your lock screen. It looks very promising. What does everyone think about this one?