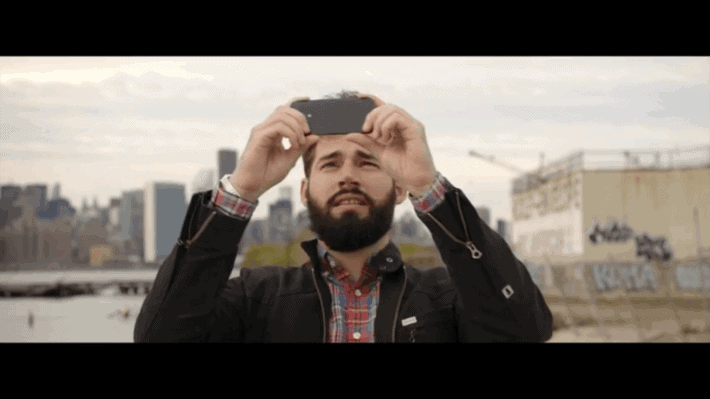 Yesterday, Motorola posted a new video on their YouTube channel. It's entitled "Windy Day — Launching October 29th". It's basically showing a handful of people with a Moto X twisting and twirling around while looking at their phone. Like someone would with an augmented reality app or game. The description on this video reads:

A mouse, a red hat, a windy day and a smile. This is a new kind of story. Made by Motorola and Jan Pinkava. Brought to life only on the Moto X.

So it's looking like a Moto X exclusive game that might be partnered with Pixar animation. Additionally, Jan Pinkava is a very well-known director, and his work on a short called Windy Day was also shown off at a recent Qualcomm Uplinq conference as a demonstration of a new real-time animation process from Pixar caller OpenSubdiv. What does this have to do with Motorola? Well Motorola  was on the list as a client on the project. So it looks like this is part of a partnership between Pixar animation and Motorola.

Towards the end of the video you can see a screenshot that has some sort of game running on the Moto X and there's a caption "Windy Day only on Moto X". Since the video says launching October 29th, I'd expect it to be announced or just launched on the Moto X next week. So Nexus Tuesday, we'll have to look out to see what Motorola has in store for us. Who knows we might also get some Nexus and KitKat announcements next week as well.

This is also supposedly a Moto X exclusive app, which is pretty strange, and I'm not sure it's a great idea from Motorola. But it could help them sell more Moto X's and market it a bit better. Who knows at this point. But as far as augmented reality goes, I'll be sticking with Ingress.