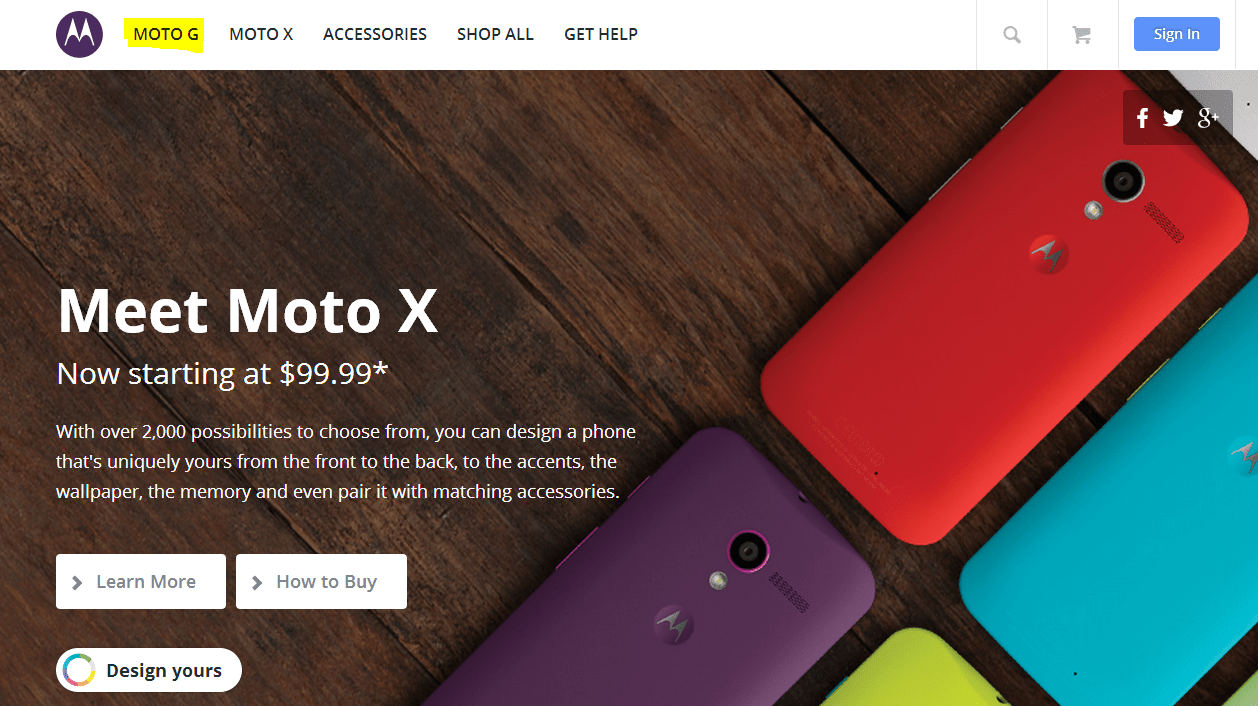 Over on the Motorola website right now, there's a new option in the top navigation bar. Next to the Motorola logo, before you get to the Moto X there's the Moto G. Now when you click on it, it goes to www.moto-g.com which displays a "this webpage is not available" error in Chrome.

Now we've heard about the Moto G before, they even trademarked the term a few weeks ago. Most of us thought it might be as simple as an accessory. But now we are seeing it on Motorola's website, and Droid-Life seems to think it might be a mistake. Well adding it there might be a mistake, or maybe Motorola is trolling us as much as Google is with the Nexus 5, Nexus 10 and Android 4.4 – KitKat. We don't know exactly what it is, but I don't think they would do a complete site for an accessory. This seems to be more like a phone, or a tablet. Some believe that it is the cheaper Moto X we heard about months ago. Which back then was known as the Moto DVX. Or it could be a Motorola phone heading to Europe.

When Motorola announced the Moto X, they stated that it would be in North America only. But that they would have other phones in their portfolio for other regions like Europe. So it's very possible that this could be a Moto X like device for Europe or even Asia. Then again, I think they'd keep the same name and maybe add "International" to the Moto X name.

So we have no idea what the Moto G is just yet, but I'd expect it to disappear from Motorola's Site pretty soon, unless it's there on purpose. But I'm willing to go with the fact that Motorola wanted to troll us too. Since most of them are former Googlers.