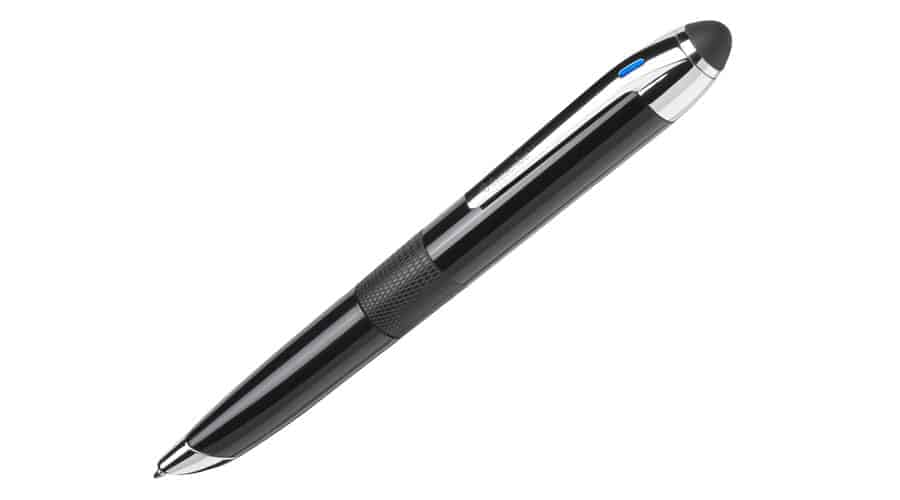 Livescribe released the Sky Wi-Fi pen last year. It lets you transfer handwritten notes and audio notes straight to your Evernote account, making them accessible anywhere. This solution worked well, but you had to have a data connection to retrieve those notes from the cloud. The Livescribe 3 was just announced and it takes things a step further, making your notes available to you all the time.

The Livescribe 3 smartpen works with your mobile device, using Bluetooth Low-Energy to sync your notes directly to the Livescribe+ app. Right now the pen and app are only compatible with iOS devices, but Android support is coming soon. The Livescribe 3 pen does not have a built-in microphone like the Sky or Echo pens. Instead, it uses your phone or tablet to record audio directly. The syncing works the same as previous Livescribe pen models, with voice notes being tied to the corresponding texts in your written notes. 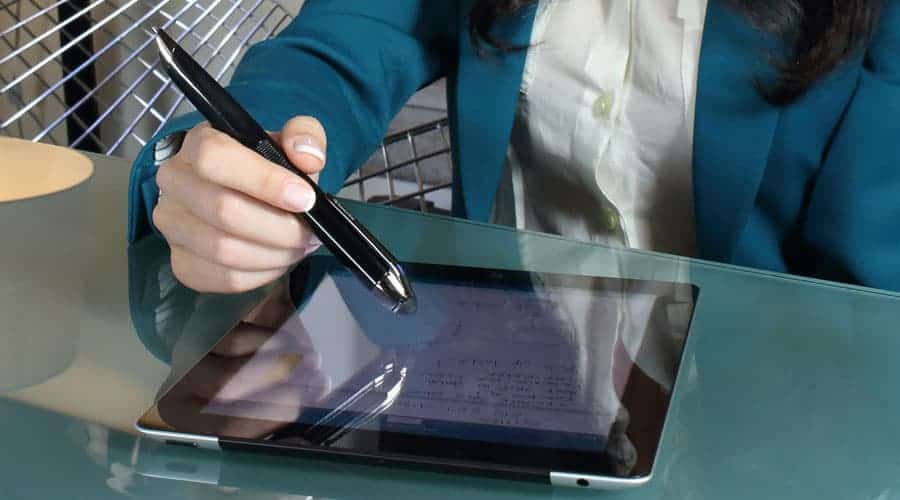 The Livescribe 3 smartpen has a very minimal design, mostly because it lets the accompanying app do most of the heavy lifting. Livescribe designed the pen to look like a pen, not like a gadget. It's bigger than a regular pen though. The smartpen is turned on by twisting the ring in the middle; that also reveals the pen tip. There's a small LED in the clip that lights up when the pen is turned on. The light flashes green when it's in pairing mode, it's solid blue when it's paired with your device, and it flashes when the battery is low. The Livescribe 3 is designed to capture information for a full 14 hours before it needs to be recharged. There's a small capacitive nub on the top of the pen that can be used as a stylus on your touchscreen, and if you remove the nub you'll find a microUSB port inside for charging.

The pen works by using a small IR camera in the tip that works with special Livescribe paper. The paper is printed with a very small dot pattern that lets the pen know where it is on the page. The syncing between the Livescribe paper and the Livescribe+ app is almost instantaneous. The Livescribe+ app does most of the work. It will automatically connect to the pen when it is turned on, and there's an icon that shows you that the pen is connected to your phone or tablet. The app lets you manage all of your notes and play back your voice-recorded "pencasts." The app can even turn your handwritten notes into searchable text, similar to Evernote. You can also add photos to your notes using your device's gallery or by taking a picture from within the app.

The Livescribe is available in two versions. The first will set you back $149.95, comes in black and chrome, and is bundled with a 50-sheet notebook. It also comes with a charging cable and a black tungsten carbide medium-tip ink cartridge. Then there's the $199.95 Pro Edition that comes with a leather portfolio, a 100-sheet hardbound journal, a one-year subscription to Evernote Premium, and the same charging cable and cartridge mentioned before. You can find more information on the Livescribe site.