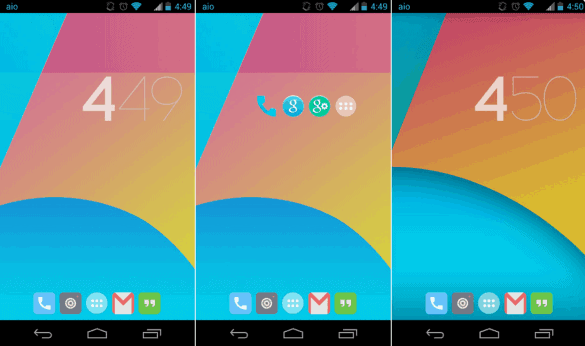 Damn Google and their selection of the name KitKat for their next Android 4.4 operating system – I love the Kit Kat candy bar and I can almost smell chocolate every time see the KitKat 4.4 name or have to write about it!  We did a story the other day with plenty of leaked pictures for you to savor and our friends at DroidLife had some more for us to share.

With massive leaking now of Android 4.4 being shown on devices, it was only a matter of time before some "themers" would take up the cause and leak out mockups for us before its official release, most likely, later this month. Remember though, if you want to use the icons, you would have to use a custom third party launcher, such as Nova or Launcher Pro, in order to apply the custom icons. We will show you the mockups and give you the link where you can go to download with each picture. 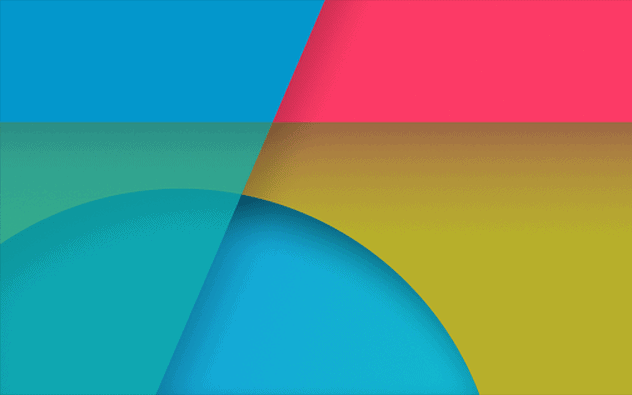 This Nexus 5 wallpaper, seen above, is the beautiful work of Dimitri Scripnic, and can be downloaded HERE.  For more information, you can visit Dimitri on Google+. 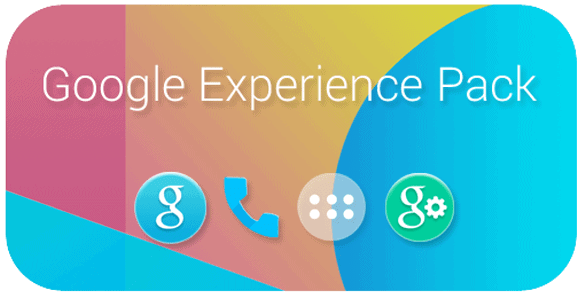 Thanks to ALESSIO94x from XDA, we are able to include a complete kit that includes wallpaper and four icons – the App Drawer, Phone, Google, and Google Settings and they can be downloaded HERE or at MedaFire link.  His designs seems to be the most authentic, based on the leaked photos on the actual devices we saw before.  Alex tells us:

Hi to all, do you like the new wallpaper and icons that you saw on leaked images of kitkat?
I made a pack that contains all this things!
Enjoy the new Google Experience!!

If you would like a little variation of the official wallpaper we saw in previous leaks, you may want to take a look at a wallpaper created by Kuci_06 over at reddit.  It does have a nice look to it, so download them HERE and give them a test drive!

The Nexus 5 craze is building up – so many people cannot wait for the next rendition, especially since the LG made Nexus 4 was so well received, as is their new LG G2, from which the Nexus 5 is based.  Are you a Nexus device person, just waiting for the Nexus 5 or do you prefer the "skinning" over the Android OS.  Let us know what you think in the comments or on Google+.