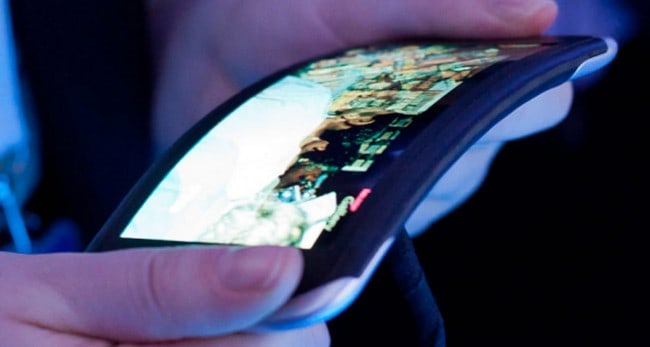 We've been hearing a lot about flexible display these past few weeks. With word on the street that both LG and Samsung are readying flexible display devices, this news is hardly surprising but, no less interesting. Recently, we heard rumors that LG have been readying a new smartphone, similar to that of the G2, but with a larger, curved display. At 6-inches, this G Flex as it's being dubbed, would be the company's first flexible display device. As well as a world-first. Of course, it would be if Samsung weren't apparently gearing up to launch the Galaxy Round, their apparent answer to LG's first move.

At this point, these flexible devices could just be hearsay or crossed wires from Korean press outlets. However, LG Display have just issued a Press Release confirming that their flexible OLED displays are now in mass production. Presumably churning out the sort of numbers LG need to distribute a top-tier smartphone, such as the G Flex. We heard that the G Flex would be featuring a 6-inch Display and the Press Release confirms that they're producing a 6-inch panel.

"The flexible display market is expected to grow quickly as this technology is expected to expand further into diverse applications including automotive displays, tablets and wearable devices. Our goal is to take an early lead in the flexible display market by introducing new products with enhanced performance and differentiated designs next year."

Next year doesn't much at all like the Fall release window we've been hearing however, that's not surprising, either. We're pretty sure that LG will want to beat Samsung to it but, perhaps not at the same sort of levels as the G2. Mass producing something and being able to sell it to consumers at an affordable price are two different things. LG could well be thinking that a high-priced device isn't going to sell well during the Holiday Season. Then again, there's a possibility that Dr. Yeo is towing the company line and keeping his lips sealed, protecting what LG hopes will be a surprise in the next month or so. Let us know what you think in the comments below.