Skip to content
Trusted By Millions
Independent, Expert Android News You Can Trust, Since 2010
Publishing More Android Than Anyone Else
13
Today
70
This Week
434
This Month
4469
This Year
114499
All Time Samsung announced their curved display smartphone earlier this month. The Samsung Galaxy Round. It was curved from left to right, while the LG G Flex is curved from top to bottom, kind of like how the Galaxy Nexus was curved. Tonight, LG has made their curved display smartphone official. It’s called the G Flex and is sporting a 6-inch 720p display along with a Snapdragon 800 processor inside, 2GB of RAM, 13MP camera, 3500mAh battery, and weighs about 177g. It’s also between 7.9 and 8.7mm thick. Depending on the point you’re measuring on the phone. 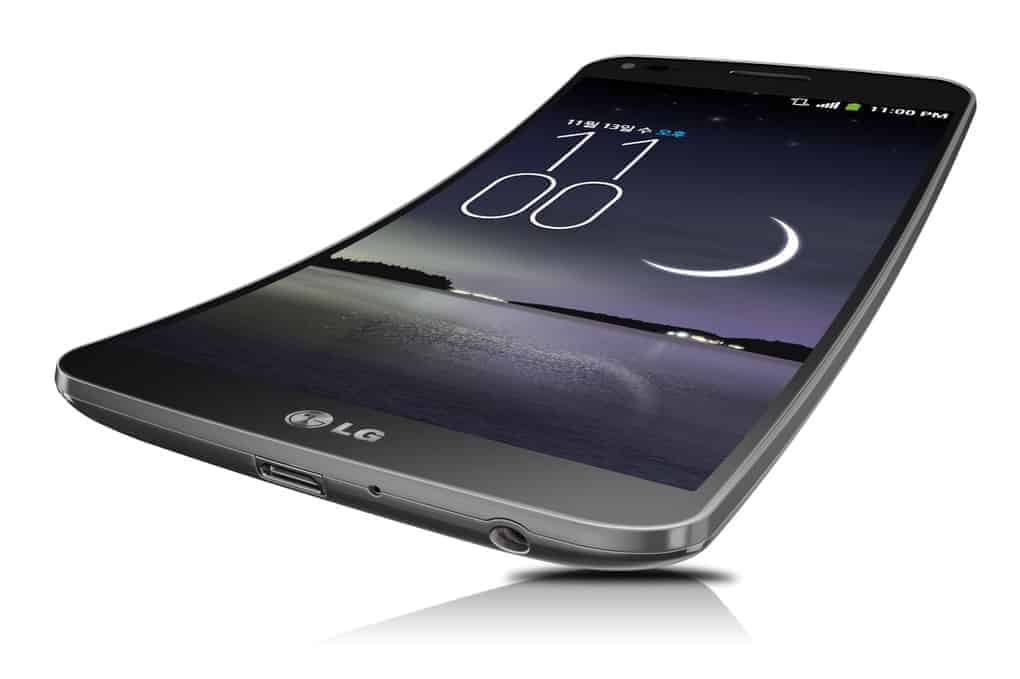 Samsung did tout some software regarding the Galaxy Round, where instead of waving your hand over it to see data, you can tip your phone and get the same information. LG hasn’t done much in the software department for the G Flex, but it does include a “swing lock screen” feature. This basically moves the wallpaper in response to tilting motions and produces different unlocking effects when the user touches different parts of the screen. There’s also another feature which allows users to pinch from the lock screen to open certain multimedia apps directly. 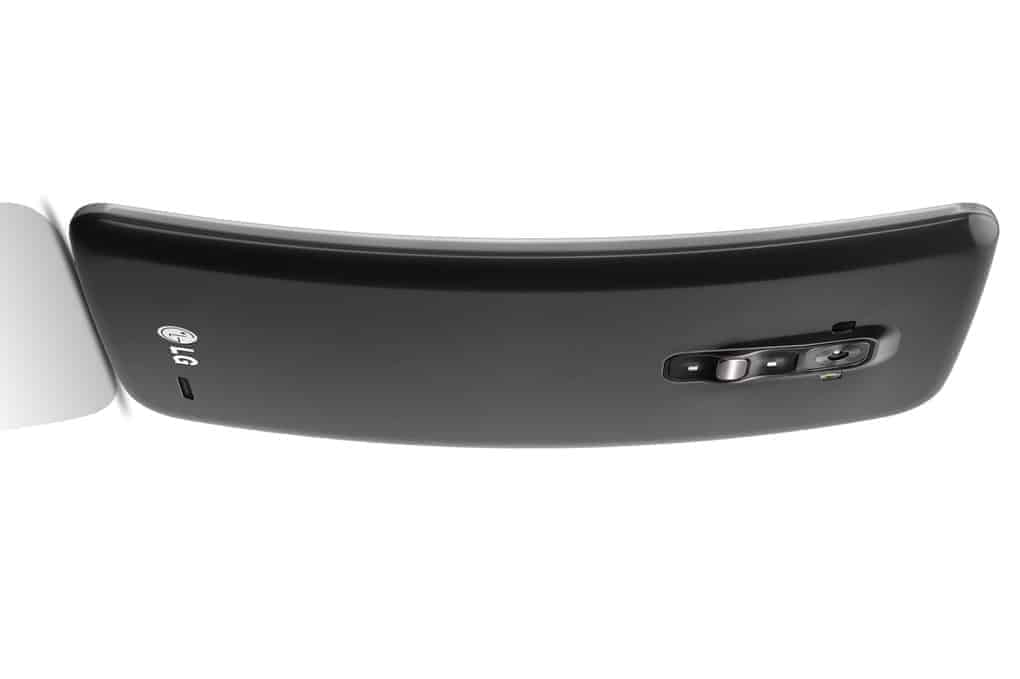 The G Flex also uses a “self healing” technology that the company compares to Wolverine from X-Man, it’s a special protective film on the back cover which is designed to get rid of dents on the phone within minutes. That’s the kind of feature, that if it works like it should, should be on every device that goes on sale. Although since we don’t have the G Flex in hand, it’s hard to see how well that will work out, but I’d have some high hopes for it. 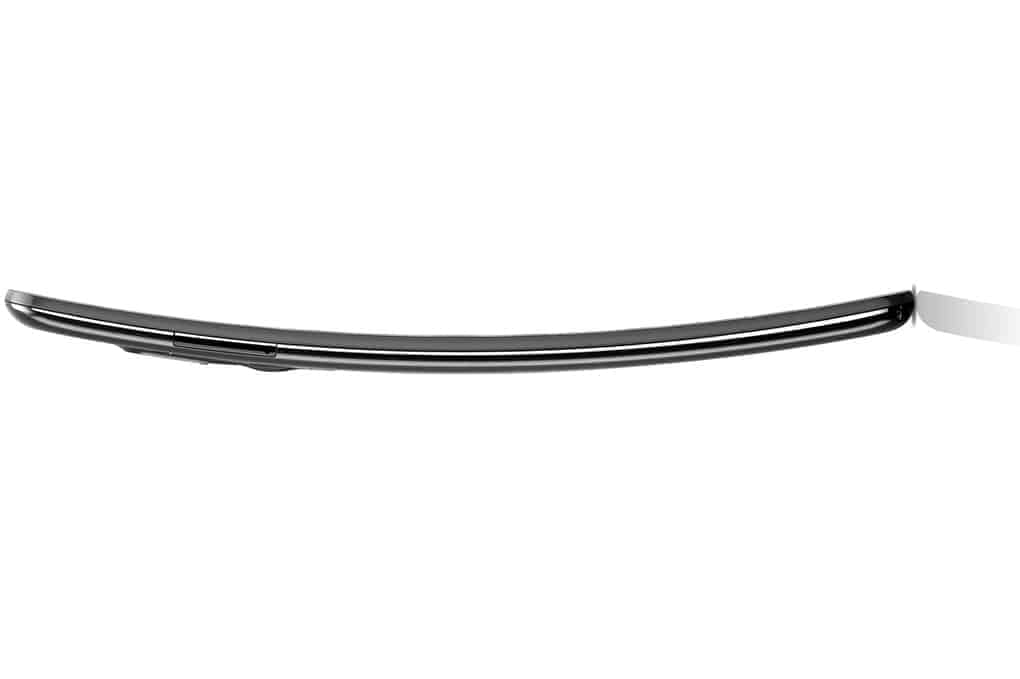 So basically the LG G Flex is a 6-inch version of the G2 and curved. It’s also a 720p display and not a 1080p display. So far there’s no word on whether this one will also be only in South Korea, but we do know it’s coming to all three major carriers in LG’s home nation next month.

Like the first curve smartphone ‘LG G Flex (Flex)’ The main specifications and Design unveiled. LG Electronics LG Group affiliates concentrate on the core competencies of the true curve bent down de design, innovative hardware, to feel Like a true curve, and on the front of the new user experience in the set a. LG Electronics, South Korea next month. curve to market de-smartphones have built-in G Series, G Series, and the phase was to strengthen the brand. Yitong 3 next month, the domestic launch of four naseonda to capture the global market. vice president of LG Electronics MC Business Park, Jong – Seok Director “curved display and down Like a true smartphone curve,” said “design, hardware, UX a priority in both the value of customer-centric consideration of the ‘LG G flex’ of the curve de-smartphone will brings a new experience, “he said.

In addition, de-form curves, but the maximum capacity of the existing level of ordinary battery was equipped with 3,500 mAh. consideration users bent down real curve de curve de LG Electronics smartphone customers real value and convenience to make you feel ‘LG G Flex ‘by adopting the best up and down in the direction of curvature bend 700R made. Thus, only in the easy-to-use ergonomic design and portability, the immersion when watching videos, etc. Like the existing curve smartphone fails to implement ‘G Flex’ is a unique competitive differentiation. ‘Flex LG G’ is the curved side down Turning in the direction of the user as if watching a video screen IMAX cinema to see the curve of the de-realism will feel like. The living room, sitting on the couch watching TV 60 inches-grade surface is similar to the immersive feel. Even when the game is more immersive bakjingam overflows.

‘LG G Flex’ hands, faces and places, such as smart phones often smacking down considering the harmony of the curved, ergonomic design was selected. Smartphone to call when gripping face close, ‘LG G flex’ position of the speaker and microphone, each ear, as close as possible to the mouth can close. When this happens the other voices crisp, yet also traditional voice calling, such as the volume can be increased further. hold down curved surfaces smartphone videos, music sounds richer makes when. ‘LG G flex’ when placed on the floor and the bottom of the product at the end, which pushes up the floor, the speaker, the speaker position in contact with the ground, unlike a mobile phone with sound coming from the speaker of the contacts have to receive less interference more will deliver crisp and clear sound. surface in the form of a hand grab your smartphone, even if grip is excellent. innovative hardware, LG Electronics ‘self-healing’ smartphone technology applied to the back cover. This technology movie ‘X Man Wolverine hero of the play performed in specific cells of the wound healing, just as looking at a smartphone cover light scratches can be removed within minutes. LG Electronics, scratch-resistant film on the back cover is possible because I hyeotgi. Thanks to the users ‘LG G Flex’ clean as the first one to buy can be managed.

‘LG G Flex’ the existing level of CD sound quality (16bit, 44.1kHz) to go beyond the level of the original sound in the studio to record the best sound quality (24bit, 192kHz) is provided. truly can feel the curve de-new user experience LG Electronics Like a true feel the curve of a new user experience was mounted. In addition, they thoroughly UX user-centered care has to be driven. “dual-window (Dual Window) ‘ 6 ì¸ì¹˜ big screen splits into two separate areas of the ability to use multi-tasking has become more convenient. Separated space, especially up and down the information in one place is very useful when moving to another place. For example, Katok, lines and got into conversation with the messenger app also received a picture is to look at the other window. ‘swing lock screen (Swing Lockscreen)’ , depending on the slope of the smartphone lock screen moves. Sky and sea came together on the screen, the sky or under the direction of each move in the direction of the sky or the sea smartphone filled the screen becomes visible. The position of the finger to unlock the screen, the touch effects are different.

Fingers facing the sky near the moon covering the sun eclipse phenomenon appears, facing the sea is ruffled. days and nights even if you change your lock screen automatically changes to the theme, a lot of clouds or weather changes such as rain animation through the effects in real time on the lock screen appears. ‘Q Theatre (QTheater)’ this function directly from the lock screen, gallery, video player, YouTube, etc. Connect app allows you to view. Lock screen while using the fingers of both hands along the curved surfaces of each of the left and right screens at the same time open the curtain slowly opened the illusion of theater with multimedia apps will appear. “Face Detection indicator (Face Detection Indicator) ‘ rear camera POV ( Self camera) face recognition based on the results of shooting the rear LED lamp color changes. The subject’s face on the screen is out of focus, if I do not come all the red lamp flashes, and a snug fit the focus lamp blinks green. ‘charging mode (Charging Mode)’ How much charge the battery while charging the battery had gone the visual effect of water chaohreuneun shows ‘er agent call eolrat (Urgent Call Alert)’ repeatedly call the same phone number when a call comes in red color changing LED lamp tells us that urgency. “camera timer (Camera Timer ) ‘ when taking a photo, set the timer counts down to match the rear when the LED flashes. LG Electronics ‘knock-on’, ‘Guest Mode’, ‘plug-and-pop’ and ‘LG G2’ also applied to the acclaimed UX Dagger was mounted.