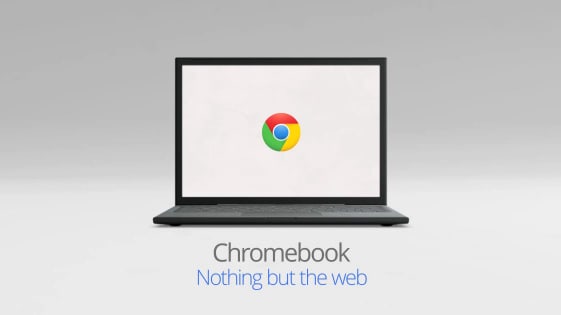 We've seen Google's Chrome browser grow from a curiosity to one of the most popular browsers on Windows, to the most popular browser on all of the platforms. That's including of course, Chromebooks. Laptops that aren't really laptops but are laptops, the Chromebook has achieved more success than most people thought it would. Over the last two years, they've been selling better than ever. Which is probably due to the fact that they're a lot cheaper than they used to be. They offer enough of a computing experience for most people at a brilliant price.

Time was that just Samsung and Acer made Chromebooks for Google but now, HP and Lenovo have joined in. With HP making a name for themselves with the new Chromebook for Everyone, the Chromebook 11. Now, it looks like LG might be getting in on the Chrome game, too. The Korean giant has just filed for three Chrome-related trademarks, as noted by TMWatch. The ChromeDesk, the ChromeOne and the ChromeStation have been filed by LG. While we have a good idea what the ChromeOne and the ChromeDesk could be, we're not so sure about the ChromeStation. Considering that their arch-rival, Samsung, has made a name for themselves with Chromebooks, it's unsurprising that LG want to get a piece of the pie. What is surprising is how long it took them.

With Windows 8, and now Windows 8.1, still leaving the average consumer looking for an inexpensive laptop underwhelmed, the Chromebook offers a different direction. One that a lot of users can easily scoff at but, one that also makes a lot of sense to a lot of people. I've a Cr-48 knocking around the house that I use quite often and I'm looking forward to seeing the Chromebook 14 launch in the UK. For me – and many others – having a laptop that just browses the web is all we ever wanted in a laptop and more people than ever are finally switching on to that. LG and Google seem to be getting pretty pally, what with the Nexus 4 and the Nexus 5 so, this is one more partner we're sure Google is happy to have on board.