There are some rumors that the LG G Flex, which is supposed to have a curved OLED screen, is already nearing release. The codename that has been mentioned recently for a new LG phone is LG F340 (LG G2 is F320). The phone, however, is supposed to have only a 720p resolution, instead of 1080p like the LG G2. This is what makes me think it could be the curved LG phone, unless it’s some kind of mini version of the LG G2, which would also make sense, but we haven’t heard rumors of something like that yet.

The reason why a flexible display phone would have only a 720p resolution is because making such a display is probably already significantly more expensive than making a standard OLED one. That’s why they’ll probably make it smaller, and also make it have lower resolution, to cancel out some of the extra costs that come with manufacturing an OLED display. LG hasn’t used OLED in its smartphones yet, either, so it probably already costs them more to make one than it does Samsung, who’s using AMOLED displays in all of its high-end smartphones. 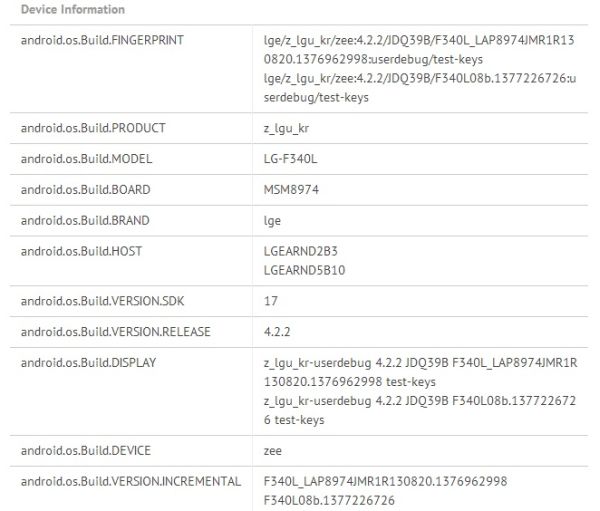 This F340 phone scores better in the GPU benchmarks because it has the same Snapdragon 800 with Adreno 330 chip, but needs to power a much smaller resolution. The benchmark also points that it will have Android 4.2.2 on board, which is a getting long in the tooth (a year old already), so hopefully LG can update it very quickly to Android 4.4, by the end of the year, or at least Android 4.3.

What worries me most about phones with “flexible displays” is that the companies will treat this mainly as a marketing gimmick, and try to go crazy – really crazy – with how curved they can make them. I don’t really want a phone that’s extremely curved. I don’t even know if I’d like one that’s even slightly curved. We’ve had a little of that with the Nexus S and Galaxy Nexus before, and I thought they were just gimmicks back then, too.

What they can do instead, and what I hope they (both LG and Samsung) will do, is promote them as “unbreakable phones”, or at least “unbreakable displays”. Phones have gotten pretty tough, but the screen is still a major issue if you drop it, as it will easily crack. With flexible displays, we could finally see that issue solved, too. That’s what most people would want to see and hear about, and not necessarily about a very curved phone.