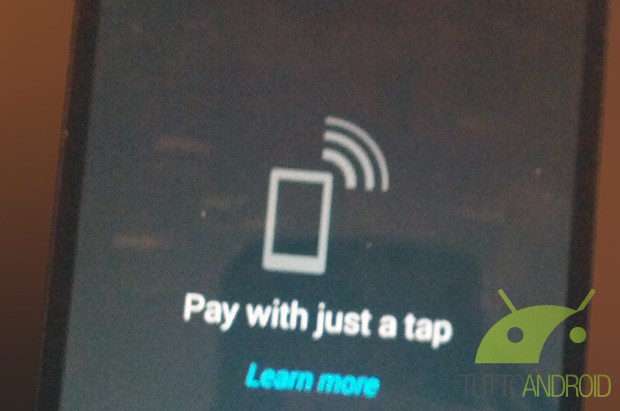 The Nexus 5 along with Android 4.4 KitKat is due to be announced very soon. We have heard that it'll be announced on October 15th, which is just a few days from now. But since we haven't gotten press invites yet, I'm not so sure it's going to happen. We're seeing more and more Nexus 5 leaks and Android 4.4 leaks. This one is coming from an Italian site, TuttoAndroid, which shows some 'Tap & Pay' features. 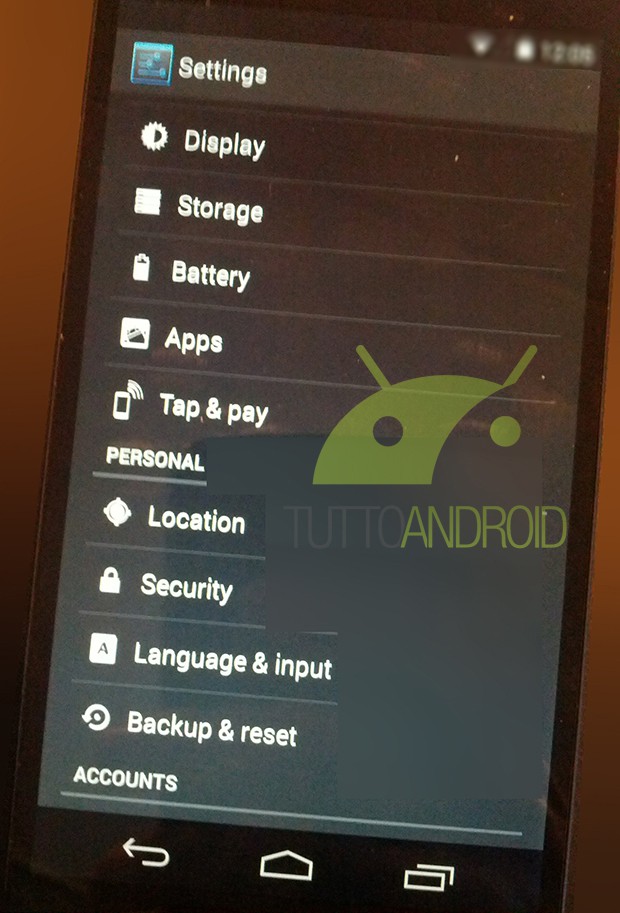 Right now it's unclear as to exactly what the 'Tap & Pay' feature will do. Or how it would work. But the geek in all of us are hoping that it's an OS-level version of Google Wallet that works even better. Since Google Wallet is now open up to more than just NFC-enabled devices. It could be a reality. But as you can see from the images above there is an option under "Apps" that says 'Tap & Pay" which in theory would give us all the options for mobile payments. 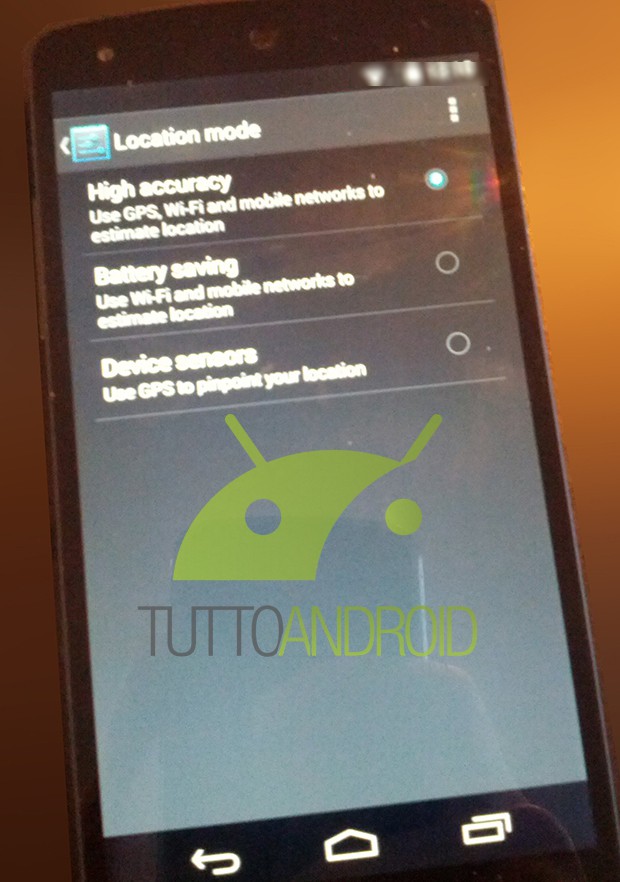 TuttoAndroid is also describing their hands on experience with the Nexus 5 as being bigger than the Nexus 4 but still incredibly light. The report also shows that the design and specs match up with the leaks we've been seeing lately. The back panel is also reportedly made out of rubber material.

We're hopeful that Google will be unveiling this device along with Android 4.4 very soon. It may not be next week, but I sure hope it is as we're seeing so many leaks, I just want to know what's real and what isn't real. Of course, as always, Android Headlines will be covering the announcement when it happens. We'll have tons of Nexus 5 news and Android 4.4 news as soon as it's announced. So you'll want to stay tuned. 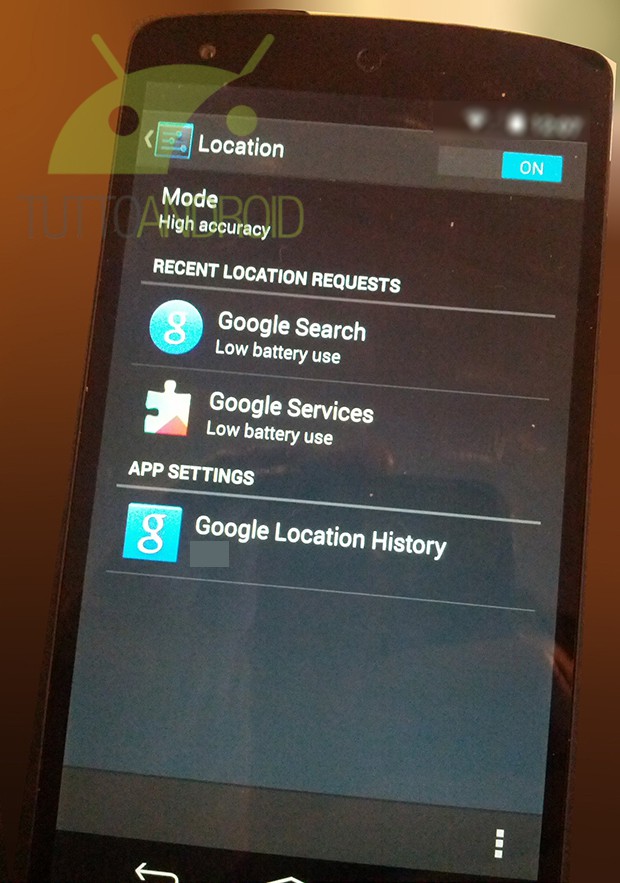 How many of you are anxious for Google to announce the Nexus 5? Let us know in the comments below.