If you own a Samsung note 2 (N7100) and you are the adventurous sort, then you will be interested to know that Sammobile have just announced that they have received the latest Android 4.3 firmware leak for your device from their sources. The news comes after yesterday’s leak of the 4.3 update schedule for the Note 2, S3 and multiple variants of the S4.

The latest release is N7100XXUEMJ5, and is few builds newer than the previously leaked 4.3 software, one of which was only a personal backup of a very mixed custom rom which included paid apps. So, as usual, Sammobile have come up trumps.

A word of caution, the N7100XXUEMJ5 firmware is still a pre-release Open-Asia firmware, and as such it must be expected to still contain a few bugs. Hopefully it will have solved some of the bugs that were present in the previous leaks, a particularly painful bug for me was the removal of my Google accounts every-time the phone rebooted, while others included being unable to access the greyed out APN tab, and a keyboard error. The leaked firmware should also bring compatibility with Samsung’s Gear SmartWatch.

So, if you are going to flash the latest leaked 4.3 firmware, be sure to backup your data and your apps (I use Titanium Backup, but use the app you are comfortable with), store your photos in a safe place i.e. on the MicroSD card, and use an app such as SMS Backup & Restore to backup your texts. It would probably be prudent to perform a full Nandroid backup if your have a custom recovery installed.

Samsung have updated the leaked firmwares interface to closely represent the Note 3’s UI, and also included some of the same apps that are included with the S4/Note 3, which include the Knox security software and Samsung Wallet. Sammobile have reported that Samsung is producing a new build of 4.3 every two days for the Note 2, with Android 4.3 under heavy development for all relevant devices. Right, the important stuff. Remember, if you aren’t sure about what you are doing, wait for the official 4.3 firmware which won’t be too much longer, with rumours of it being available at some point in November.

Sammobile have also stated that the N7100XXUEMJ5 will neither increase your binary counter OR void your warranty. 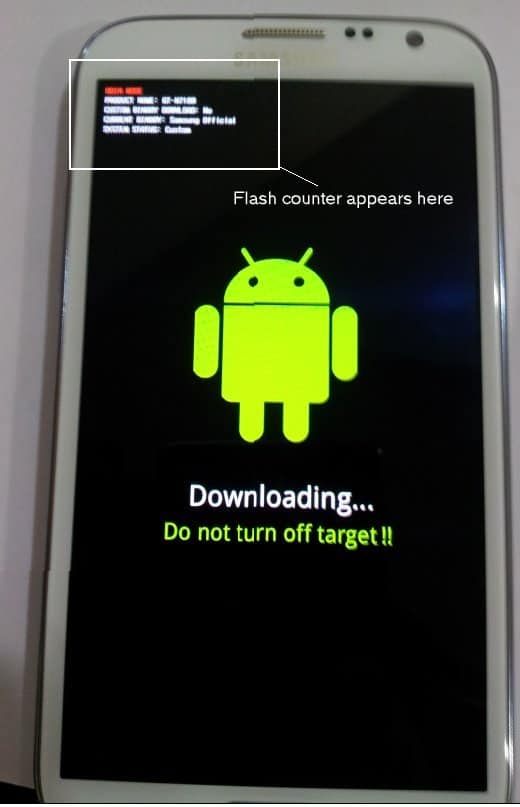 Instructions on how to flash the firmware:

At this point, you should choose to reboot your phone.  Its unknown at present whether flashing the firmware via the Mobile Odin app will work, if the process is successful, it isn’t yet known if it is able to keep root on this latest 4.3 leak. That of course, is only relevant if you rooted in the first place.

Remember, if you do run into any problems with the 4.3 leak, here is the support thread for the firmware on the XDA forums.

Download the N7100XXUEMJ5 firmware from here. Good luck and happy flashing! Remember to post your feedback in the comments or at our Google Plus page.