“Research has shown that people tend to overestimate the impact of technology in the short term … yet underestimate the scale of change longer term.”

This is a phrase Larry Page said in Google’s earnings call, it was one of the first things he said which tells how important that is for him and for Google as a company looking forward.

Google has a lot of everyday services and products from search to ads, from Android to ChromeOS, from the Nexus 5 to the Chromecast, from self-driving cars to high-altitude internet balloons. Wait a minute….those last two aren’t everyday products…

Not yet they’re not. That’s what Page was talking about when he said “long term”. Google invests a lot of money into research and development, over $1.8 billion in just three months. However, Page said that 99% of that goes into incremental improvements on products that Google already has in the market.

Long term means that Google won’t see profits for many years, maybe decades in some cases, but when that technology becomes the standard of our future society, Google will be on top of it. A few years ago, self driving cars were only seen in movies and concepts, now Google is pushing the limits with their offering which might be closer than what we think. It’s also making other companies to start developing these cars, Google is pushing the whole industry forward. But self driving cars aren’t going to make Google a billion dollars in 2015 or 2016. With deals like the one Google made with Uber in place, Google is not just entering the automotive market, is completely disrupting it. 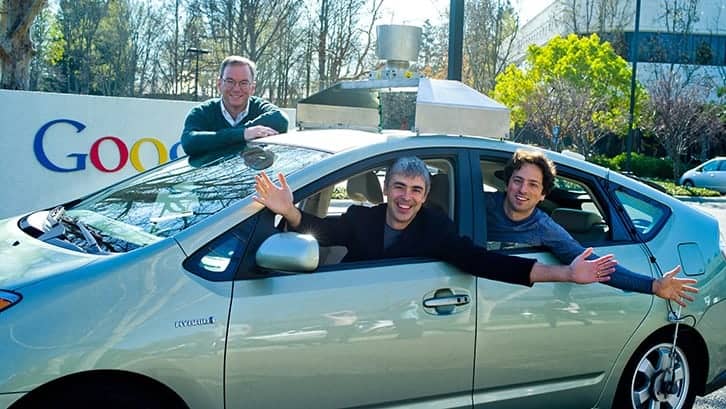 These kind of success are what makes a company stay alive for many years, stay on top of the innovative world, be the reference to every other company or startup out there and that’s what Page want Google to be.

The long-term projects we know of aren’t that many: self-driving cars, high-altitude internet balloons, Google Glass and a cure for aging and other diseases with the newly announced Calico. There are more investments that could fit into this category like Google’s effort in clean energy. Google spent millions and millions into wind farms or solar plants which might not seem like a business by itself but if Google ends up creating a new, more efficient way of harvesting this energies, they could become the providers of energy to the whole world. I know that sounds far-fetched but the truth is that there’s no limit to what they can become with projects like this.

Page said “It’s actually very difficult to spend meaningful amounts of money, relative to Google’s scale, on things that are speculative” but then added “I kind of view my job as the opposite thing – to get people to spend money on long-term R&D,” which shows us he really means to expand this kind of investments and moonshot projects. Who knows what goes on inside Google [X]?

Larry Page may not be doing the next earnings calls but he sure is taking care of Google and trying to make it the company of the future.