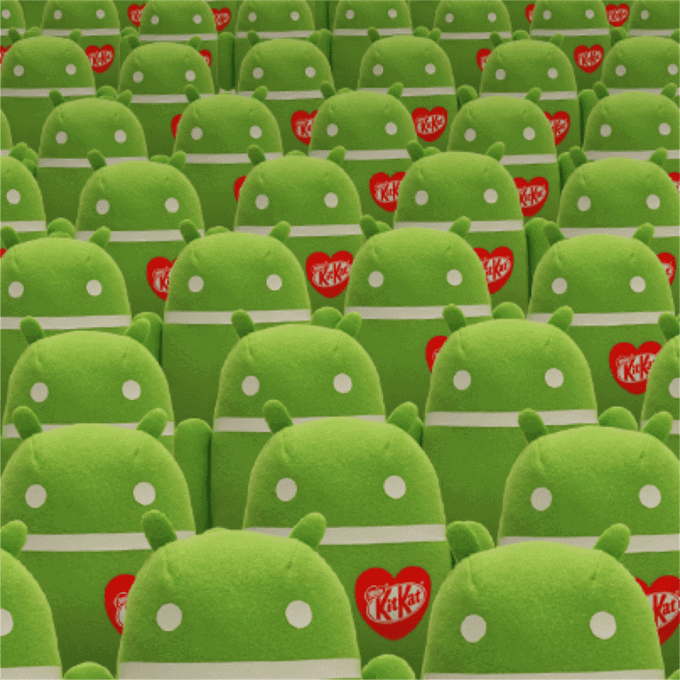 Just like clockwork, every morning at about 3am EDT, the KitKat account on Google+ and Twitter put up a new teaser, teasing all of us Android fans. Who are hoping to get a sign from these teasers as to when KitKat and the Nexus 5 will be announced. Today, their account posted a picture of a bunch of Android plushies with the KitKat logo on them, and asked to count how many there were and that the first ten correct guesses would win. Although it's not clear what the prize was or even if this contest is over, which I'm guessing it is since the comments are now closed.

Maybe the prize is a Nexus 5? That would definitely make some people happy. This teaser was a bit harder to find a clue about when the KitKat event will take place, but we are sure it's coming soon. In the past, Google has always held an event in October to announce the Nexus and the new version of Android. And there's only 10 days left of October.  Hopefully it gets revealed soon, as I'm starting to get tired of all these leaks, how about the rest of you?

I'm really interested to see how this whole partnership with Android has helped KitKat. I'm sure they've sold a lot more candy bars since the announcement. I know I've bought a lot more than normal, would be nice if KitKat told us how much it really helped them out. Especially since, supposedly, no money changed hands between the two companies. Are any of you interested to see how much this partnership benefited Nestle?

So here's my theory on the whole KitKat Google+ and Twitter page. Basically Nestle has a couple of interns in an office creating random graphics to post on the page at 3:00am EDT every day. Too build up hype and get all of us nerds excited, which it really seems to be working.

Can anyone guess how many KitKat Plushies are in the picture? Leave your answer in the comments below. We don't have a prize for you, so this is just for fun.