Skip to content
Trusted By Millions
Independent, Expert Android News You Can Trust, Since 2010
Publishing More Android Than Anyone Else
36
Today
36
This Week
687
This Month
687
This Year
118540
All Time It seems Intel will finally start making ARM chips – just not for themselves. In a deal with Altera, a FPGA maker, Intel has agreed to manufacture Altera’s quad-core Cortex A53 chip on their 14nm process.

“Altera and Intel are pleased with the early results of the relationship between the companies and this announcement from Altera is consistent with the agreement we announced earlier this year. We have said that we will be open to manufacturing competitive architectures and would evaluate them on a case by case basis,” said Intel spokesman Chuck Mulloy.

Given that Intel’s 14nm will be available mid-2014 at the earliest or possible even late 2014, because of delays, and that Cortex A53 was also supposed to arrive in the second part of 2014, it’s likely this won’t come to market at least until the end of 2014. Plus, it’s not meant to be in any smartphones or tablets, but as part of an FPGA chip for networking equipment. In other words, Intel is only doing this because Altera is not competing with them, otherwise they wouldn’t be making 14nm ARM chips for their competitors. It’s just a way for them to make some extra money, especially now that the PC market is slowing down.

Next year we’ll see 20nm ARM chips in phones and tablets, maybe even in the first part of 2014, if the arrival of the 28nm process in the first half of 2012 was any indication. But 14nm and 16nm FinFET ARM chips are also planned for early 2015, so even if Intel manages to make its own Atom chip on 14nm ahead of other ARM chip makers, it won’t have a big lead.

Seeing how its smartphone chip, the 22nm Merrifield, won’t be coming out until spring 2014, we shouldn’t be expecting the 14nm Atom for smartphones to arrive at least until spring 2015, especially with their delays for the 14nm process. Even the 14nm successor of Bay Trail Atom might not arrive in 2014 anymore, and will probably be postponed to 2015, too. 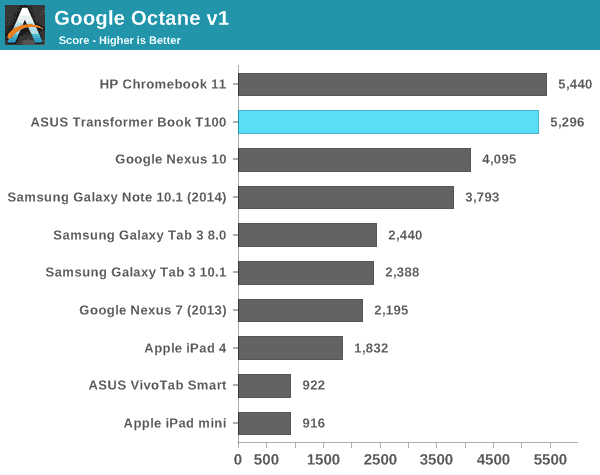 This gives plenty opportunity for ARM chip makers to catch-up in manufacturing process with Intel, and be even more ahead of its mobile chips than they are now. Even Intel’s tablet version of Atom, Bay Trail, is barely competing with last year’s Exynos 5250, in both CPU and GPU performance, as you can see above, which means Intel’s Atom is still a generation behind ARM chips, even at 22nm compared to the 28nm ARM chips. When ARM chips will be on the same process node as Intel’s chips, in 2015, the lead of the ARM chips should become even bigger.