We learned last week that Samsung is working on something called Sports Glass in a design patent that popped up online. The sports glasses look like they will work with Samsung devices and are targeted at outdoor users. Google is working hard to hone their Glass offering and get it ready for a consumer release sometime next year. Lots of companies are focusing on the wearable technology space, and Intel is one of those companies that wants to be front and center in the wearable tech race.

This report from Forbes seems to suggest that Intel has a major focus in the area of consumer wearable technology. The company has either built new teams or acquired companies that specialize in the area of wearable computing. Intel has its fingers in a lot of pies, so to speak, not the least of which is wearable tech. The company acquired API manager Mashery and is also taking steps in to consumer robotics. Intel recently made a pretty heavy investment in a company called Recon Instruments, as well. Recon Instruments makes glasses called the Reconjet, which it claims is the first consumer-grade glass computing product. Take this quote from when Intel first invested in Recon:

"Wearable computing is a major, accelerating phenomenon that re-defines how we use and interact with information," according to Mike Bell, Vice President and General Manager of the New Devices Group at Intel Corporation. "In Recon Instruments, we see compelling technology and a solid strategy to capitalize on the wearable revolution. This is an area of significant focus for Intel Capital, and our investment in Recon Instruments is a key part of our approach to innovation in this emerging space." 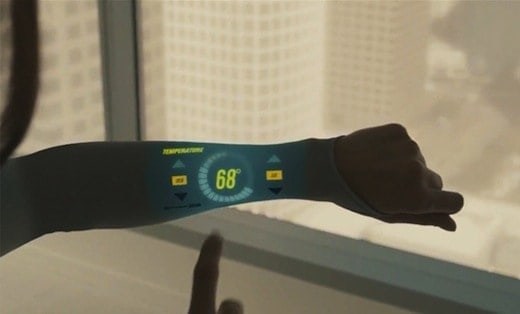 Recon Instruments puts its computers into branded sports eye-wear like snowboarding and ski goggles. It also makes cycling glasses and other heads-up display units for athletes. Recon primarily focuses on GPS and Bluetooth integration, but that could be expanded with Intel's backing. Intel is getting involved with sportswear and sports glasses, which is the exact same area that Samsung is targeting with its upcoming Sports Glass product.

Intel also has a new mobile devices group, run by Mike Bell. According to PC World, Mike Bell "formerly co-ran Intel's mobile unit–most notably in the push to bring x86 to Android." The Wall Street Journal also reports that Intel's new CEO, Brian Krzanich, was chosen because he is familiar with and has an affinity for the mobile space. All of this adds up to a heated wearable technology race, and Intel wants to be right in the middle of it.