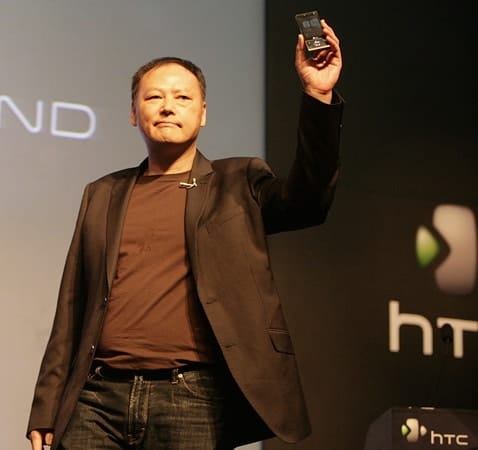 HTC is on the ropes, and they are making some drastic moves in an attempt to right the sinking ship. Today the Financial Times is reporting that Peter Chou, HTC's CEO, is stepping back from some of his day-to-day operational duties to the company's Chairman Cher Wang. Chou is going to be focusing on HTC's smartphones and other products moving forward.

HTC has seen an incredible fall from grace since the early days of Android. The company has had to deal with declining market share and decreasing revenues, as competitors like Samsung and LG forge ahead. Last quarter they reported a loss in the hundreds of millions of dollars. The HTC One has is selling well, but it's not turning things around for the company fast enough. HTC went public as a company over a decade ago and for the first time it is losing money. HTC had about a 12% smartphone market share for the quarter ending August 30th, 2012. One year later, their market share had dropped to about 6%. The smartphone market is growing, but HTC is not growing with it.

The company is having issues connecting with consumers and generating interest in buying their phones. Cher Wang stated recently that the real problem the company faces revolves around marketing and connecting with customers. By stepping back from some operational duties and focusing on products, Peter Chou hopes to change that.

Chou is not preparing to leave the company, and the Financial Times describes this current move as "temporary." He said back in June: "There are a lot of rumors that say I would quit, but I never said that. I'm not going to find another job."

Chou stated that he felt that he had taken on "too many things" and that he is now "very focused" on turning the company around. HTC has a long climb ahead of them, with smartphones like the LG G2 and Samsung Galaxy Note 3 pushing the HTC One out of the limelight as 2013 draws to a close. HTC recently announced the One Max, but they are going to need to seriously wow customers in the coming months if they hope to bounce back.