With the smartwatch segment about to explode, it should come as no surprise that HTC are developing their own smartwatch product, according to an insider familiar with the matter, who asked not to be named because the plans weren’t meant to be publicized just yet. Getting into the smartwatch arena would put them in competition with Samsung and the Galaxy Gear and even possibly Google, with their rumored smartwatch.

The unnamed source also revealed that although the HTC smartwatch is due to be released by the second half of 2014, HTC is yet to decide on final specifications, functions, sales strategy or even how much the smartwatch will cost. It’s believed that their smartwatch will contain a camera, just like Samsung’s Galaxy Gear.

HTC will be seeking new streams of revenue, after it’s share price suffered a 54% decline, and the posting of its first quarterly loss, after seeing its competitor Samsung devour its market share, year after year. HTC’s stock saw a rise of 6.9% in Taipei. Perhaps the rumor of a smartwatch release, coupled with new phone releases, and Robert Downey Jr. spearheading a new advertising campaign, has perhaps shown that HTC are about to get more aggressive with their marketing, which never really moved on from their ‘Quietly Brilliant’ slogan of years gone by has signaled a renewed confidence from it’s shareholders.

Or it could have been the news that CEO Peter Chou has relinquished some of his duties, which will be picked up by chairwoman and  co-founder Cher Wang who will be taking a bigger role in the day-to-day running of the company as part of the changes. 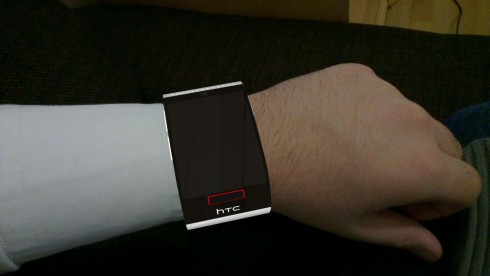 According to Juniper Research, retail sales of wearable devices connected to the internet, which includes smartwatches and eyeglasses such as Google Glass, will reach $19 billion by 2018. That’s a huge growth when compared with the $1.4 billion in sales expected this year. No wonder HTC want a slice of the pie.

When Bloomberg News asked HTC about the smartwatch leak, HTC replied via email that ‘HTC doesn’t comment on rumors or speculation’.

HTC’s quest for new streams of revenue has seen it in negotiations with Amazon.com since June, discussing the production of at least one out of three rumored Amazon smartphones, as well as the launch of the HTC One Max in a belated attempt to join the phablet trend. 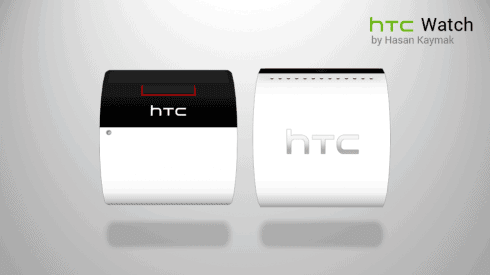 If HTC are only planning to release their smartwatch by mid-2014, it means that once again, HTC will be playing catch-up to its major competitors. By the end of the 2nd quarter of 2014, the smartwatch market will be even more crowded, with the likes of Samsung and Sony probably leaking details about their 2nd and 3rd generation smartwatch products respectively. It’s also likely that Apple will have finally released their much rumored iWatch, and smartwatch specialists such as Pebble will no doubt have new improved models on the horizon.

Do you get a sense of Deja Vu? Is this going to be the phablet market all over again?  Or is HTC’s approach the right course of action, to see where exactly the smartwatch market is going rather than rushing in with a half-baked product that does more harm than good?

The great concept pictures are courtesy of Concept-Phones, taking inspiration from the movie Tron.