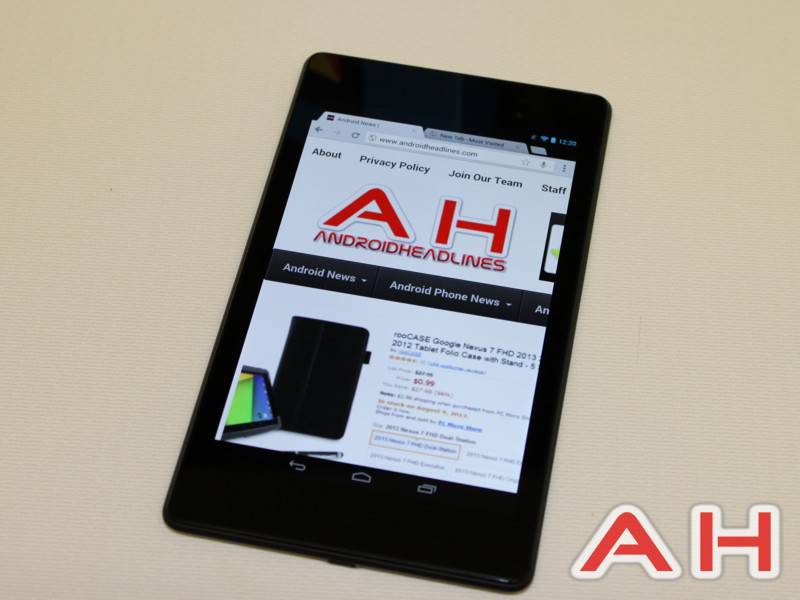 This latest report is coming out of the Commercial Times which is a Taiwanese media outlet, is stating that Google has not yet decided which manufacturer will make their next tablet. The search giant is reportedly  going to select their manufacturer in December and it could be LG, HTC or ASUS.

So far there's no word on the next Nexus 10, although we still aren't 100% sure who's making this year's Nexus 10. But we are pretty confident it's ASUS making it this year. There's also no word on whether the Nexus tablet the report is referring too is a 7-inch, 10-inch or another sized tablet. I'd assume it's the 7-incher, since that should be announced in June/July. I think it might be a bit too early for the 10-incher since they are supposedly going to announce that within the next month. Although we might see an 8-inch tablet, which I'd love to see. However, Unwired View seems to think it's the Nexus 10, since the Nexus 7 just launched in July. I tend to disagree. I don't think Google would wait until December to choose a manufacturer for the Nexus 10 that's being announced in November, just doesn't make sense, right?

HTC has decided that they "do not comment on rumors or speculation", but what more would you expect from a company? Of course, LG and ASUS has also declined to comment on the matter. No matter what size it is, I'd love to see a HTC Nexus tablet. They created the first Nexus, the Nexus One, which was an amazing phone and it also jump-started their sales, at least for a while. Hopefully they get it so they can get some help and not die like Blackberry and Nokia have and are.

Which manufacturer would you rather see make a Nexus tablet? ASUS, LG or HTC? I'd actually like to see all three make one. LG makes some great phones, especially recently. And so does HTC. We already know how great ASUS' tablets are, since that's pretty much all they make. Let us know your thoughts in the comments below.