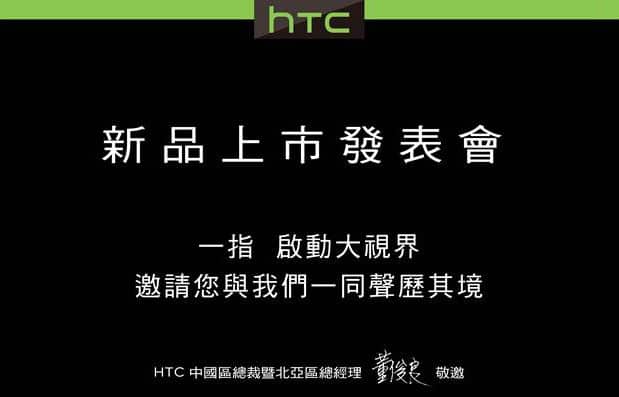 The One Max has becoming something of a Unicorn in the tech world, it seems to leak out all over the place and in great detail and then…nothing. Whether that’s because HTC is having trouble securing all of the parts that they need for the Max or not is unclear. However, the company isn’t exactly at their finest so, there are a number of things that could attribute to a delay of the device.

Nevertheless, the One Max is still coming and Engadget is reporting that they’ve just gotten invites from HTC Taiwan and now HTC Hong Kong inviting them to events on the 16th and 18th of October, respectively. Of course, these could be invites to any sort of event from HTC, they could even be reveals for yet more budget-minded handsets. Thanks to a translation of the text in the invite however, it seems a little unlikely:

One finger opens up a big view

You are invited to immerse in the sound with us

Right there you have BoomSound speakers alluded to as well as the rumored fingerprint reader that HTC is placing around back of the One Max. So, next week it seems that we should hopefully, finally get a release date for the One Max. While the events are being held elsewhere, we doubt very much that HTC has plans to make the One Max an Asia-only device, after all this is not a Butterfly device.

With the Note 3 already on shelves, it’s hard to say how much success HTC will have with the One Max, especially considering the added value that the S-Pen brings to many users. The inclusion of a fingerprint reader might help HTC generate a little more buzz but, if response from the iPhone 5S is any indication, we doubt they’re going to be selling on that alone. No matter what though, it will be nice to see HTC release a new device for the Fall, as they often do every year. This year however, we expect the company need some last-minute holiday sales more than they ever have done.