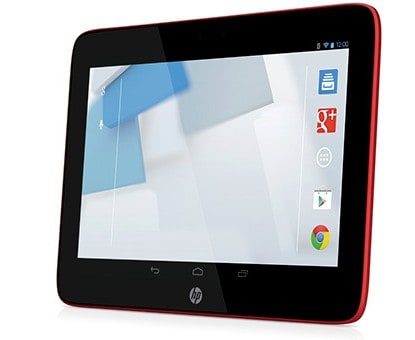 HP is still in the Android tablet game. After recently announcing 4 tablets back in September, we're seeing two more HP Slate tablets pass through the FCC. These popped up yesterday and are really nothing to get that excited about.

The first tablet is the HP Slate 10 HD. It has a model number of B94HHB17CM and runs on a Marvell PXA986 processor. The Slate 10 HD has a 1280 x 800 resolution display. It's an HD tablet, but it's not 1080p. It looks like a budget 10-inch tablet running Android, but it has Beats Audio. Previous HP tablets have shipped with Beats as well. Not a huge deal, but sound quality should be at least decent on these tablets. The Slate 10 HD is expected to launch in November.

The second tablet making its way through the FCC is the HP 10 1900. This could be a variation of the HP Slate 10 HD, or it could be a totally different tablet. It's labeled as the B94HHB15C. Our guess here is that the 1900 refers to wireless bands and that the Slate 10 HD and the HP 10 1900 are headed for different global markets. Both tablets have will ship with GSM and WCDMA network connectivity, as well as 802.11a/b/g/n Wi-Fi and Bluetooth 3.0 support.

That's about all of the details that we see from the FCC website about these tablets. We know that the HP Slate 10 HD will have a microSD card slot for storage expansion. It will also have front and rear cameras, but we don't know the quality of those cameras yet. There should be a Wi-Fi only model in addition to the 4G version. If you want one of the 4G versions, T-mobile is offering 200MB of free cellular data per month along with it. T-Mobile recently announced this same free cellular data plan for any customer that buys any tablet from them, so this deal is not an exclusive to these upcoming HP tablets.

No word yet on pricing or where they will be available. If you're looking for a cheap 10-inch tablet for yourself or someone else this holiday, HP might have the device you are looking for.