On Monday, we saw some rumors about a new HP Chromebook 11, and on Tuesday it was made official via Chrome’s official blog. The new Chromebook is pretty similar to the Samsung Chromebook that’s ARM-based. In terms of specs we are looking at a 11.6-inch 1366×768 resolution display with a 176-degree viewing angle. There’s also 2GB of RAM, and it’s powered by Samsung’s Exynos processor. Although we aren’t sure which processor it is exactly, I’m sure its the Exynos 5250 we see in the Nexus 10 from last year and the Samsung Chromebook. There’s also 16GB of flash storage inside. As far as the ports go we’ve got two micro USBs and a Slimport for video out. The battery life is expected to be around 6 hours. All that for $279. But wait, there’s more.

The HP Chromebook 11 weighs in at about 2.3-pounds, so it’s pretty light weight. It also comes in different colors, as you can see from the image above. It comes in blue, red, yellow and green. But it’s mostly just the trim around the keyboard that comes in different colors, not the entire Chromebook. Additionally, Google and HP are giving you 100GB of Google Drive space with your purchase and a 60-day Free-Trial to Google Play Music All Access. Of course, the Google Play All Access free trial is only available in countries that the service is currently available in. 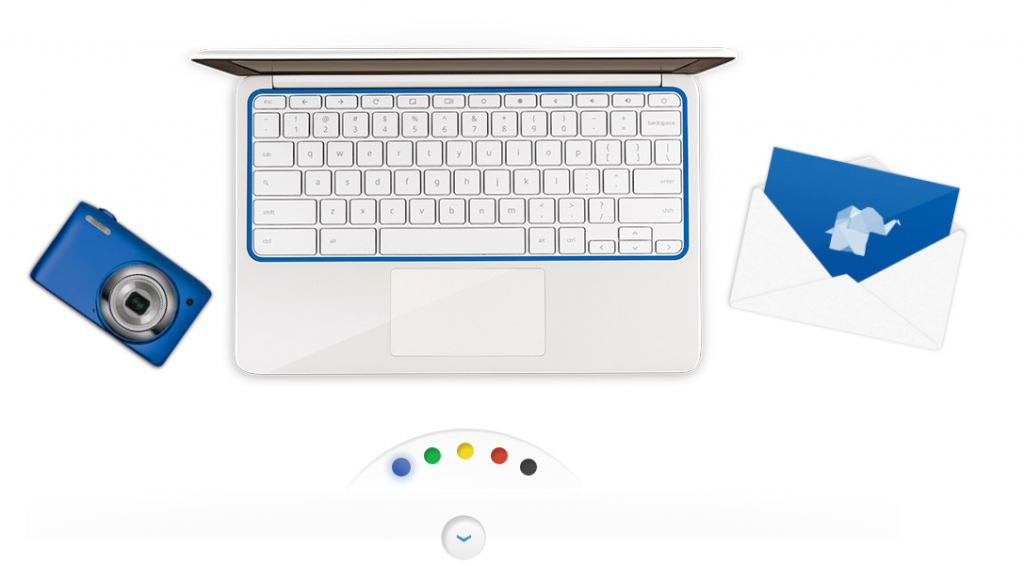 This Chromebook 11 will be available for purchase from Google Play, HP, Amazon, and Best Buy. At the time of writing this, we were unable to find at any of the above retailers. But Google did say it’ll be “available immediately”, so we are assuming it’s going to take some time for the listings to go live. And as soon as they do we will update this post with the proper links for you to purchase one. HP seems to be all in with Chromebooks now. They’ve already announced (haven’t yet released) a Chromebook 14, which I’m pretty interested in. I may skip this Chromebook 11, because I’d rather have one with Haswell inside. How about the rest of you? Will you buy a Chromebook 11 from HP?