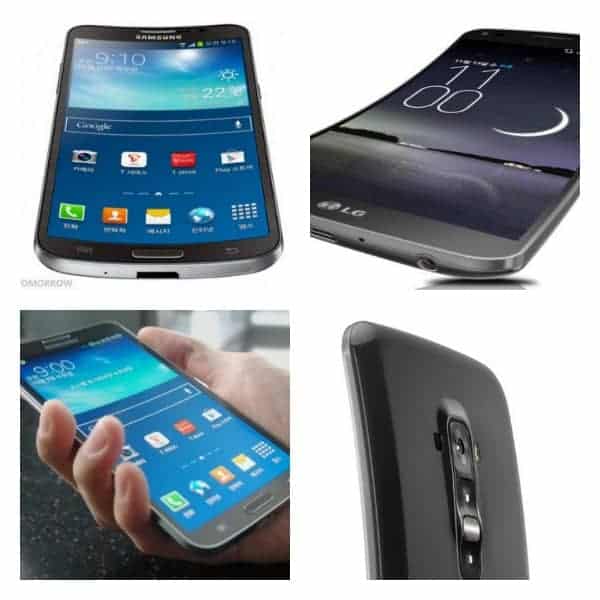 Samsung and LG are experimenting with the newest trend on the market – the flexible, or in the case of the LG G Flex and Samsung Galaxy Round, curved displays – on a couple of their newest smartphones. Rumors were that both manufacturers had developed flexible displays, and in Samsung's case, flexible batteries, but nobody knew for sure if they were really ready for primetime.  Another looming question is – do we really need a flexible or curved screen on our smartphones and does it really add any value, function, or usability to our smartphone experience or is it simply a gimmick to sell more devices.  The Samsung Galaxy Round has limited sales, only sold in Korea at a $1000, in an effort to test the device, while LG has officially announced the LG G Flex, specs and all, there is no word on whether it will be sold outside of Korea, where it will be available on all three of their carriers next month. Let's take a quick comparison of the Samsung Galaxy Round and the LG G Flex devices:

The most obvious difference is in the curve of the device. The Samsung Galaxy Round has its curve going from left-to-right, so it kind of "cups" in your hand, while the G Flex is curved from top-to-bottom, and seems rather awkward to hold, unless you were on a phone call. In their press release, LG claims it will fit more comfortably in your back pocket (yikes!) and that the "curvature arc" offers an IMAX-like experience when watching movies when the device is in a horizontal position – that reasoning I might "buy."

In this category, both devices use the same Qualcomm Snapdragon 800 processor running with 2.3GHz of speed and the Adreno 300. The Galaxy Round has 3GB of RAM vs. 2GB of RAM on the G Flex, which may make a difference in multitasking.

Again, both manufacturers are packing a 13MP shooter with a 2MP front-facing camera. The software running those cameras is considerably different, however, both the Galaxy Note 3 and LG G2, which they are based, take great overall pictures.

The LG wins easily in this department with a 3,500mAh battery vs. the Samsung's 2,800mAh, but so much goes into battery life, we will have to see in real head-to-head competition, which one lasts longer.

Based on the physical design of the two devices, I'm sure that the LG G Flex will raise more eyebrows, with its curve than the Galaxy Round's – not to say that makes it better, only a little more radical looking. The Samsung Galaxy Round wins out slightly in the spec department with its higher resolution screen and more RAM, but the LG G Flex wins out in the battery department and slightly larger screen size…however, I think it's going to be up to the individual which curve feels better in their hand. Let us know in the comments or on Google+ what you think of these new phones and if you would like to see these devices come to your country so that you can grab one up.