Skip to content
Trusted By Millions
Independent, Expert Android News You Can Trust, Since 2010
Publishing More Android Than Anyone Else
23
Today
150
This Week
593
This Month
593
This Year
118469
All Time This morning there was a pretty large leak of Android 4.4 that surfaced out there. We can see a ton of differences already and I’m sure there are plenty more. But let’s start at the lockscreen which is picture above. As you can see the wallpaper is different, but it normally is on new releases. The icons in the status bar are also white now, and it appears the background is transparent like the status bar in Touchwiz and LG’s Optimus UI. There’s also a camera in the bottom right-hand corner. We’re guessing that’ll make it easier to launch the camera instead of swiping over from right to left. 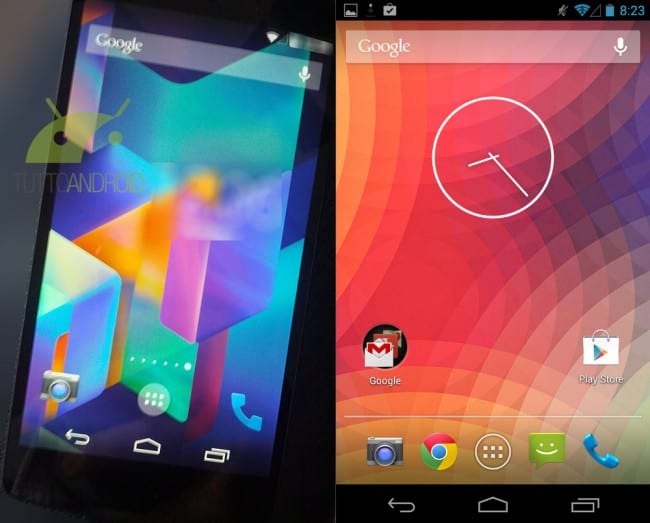 In the next screenshot down below we’re seeing a new homescreen setup. This is actually showing us a transparent notification/status bar and a transparent on-screen navigation bar at the bottom. Which I am loving. That was in the LG G2 (in some apps) and I loved that. You can also see the app drawer icon and phone icon are a bit different. Also the page indicator is back to the pre-ICS era. Which isn’t a huge deal. Especially if they auto-hide. There’s also said to be a new way to access Google Now. If you swipe over from right to left on the last page, you should be able to get to Google Now. There is also still the same swipe up from the home button to get there as well. 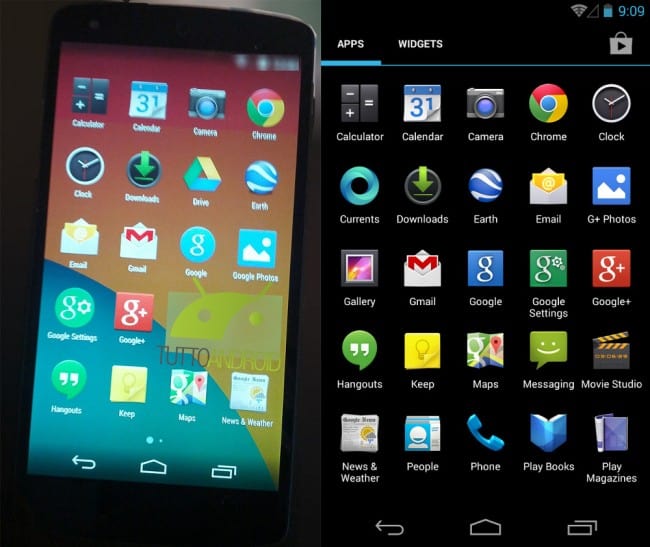 There’s also a revamped app drawer, which I’m not sure I like. The icons are bigger, and some of them have new icons. Instead of a 5×5 app drawer in the Nexus 4, we’ve got a 4×5 app drawer in what we believe is the Nexus 5. Additionally the “Apps” and “Widgets” heading along with the Play Store shortcut are gone. The Google and Google Settings app icons are a bit different. They are now round. Which is…new. 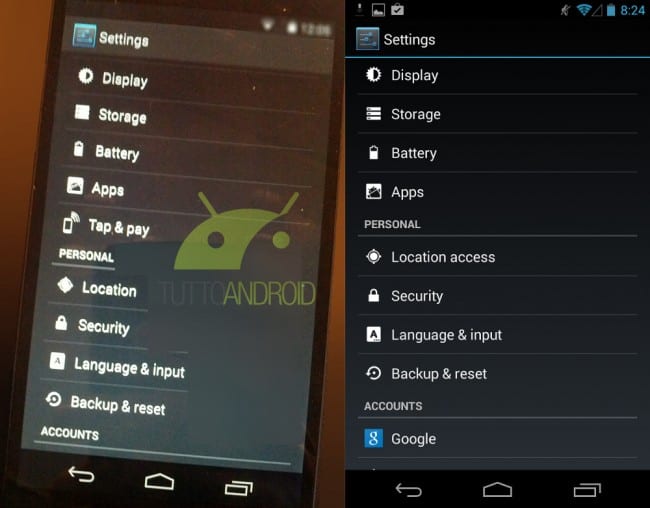 The screenshot below is showing the settings menu and the only real difference we can see is the new ‘Tap & Pay” option which we covered earlier. There also appears to be a different color for the Settings bar at the top. That could just be the way the picture was taken though.

The final group of screenshots below show the new enhanced location settings menu. From there we can see Google is giving you the power to adjust location modes to either enhance accuracy or work less regularly to save battery life. Both sound like good things, in my opinion. There’s also a section for recent location requests which give you quick access to location history.

I’m sure that’s not all that’s new in Android 4.4. But that is what we see so far. Exciting times for stock Android fans!