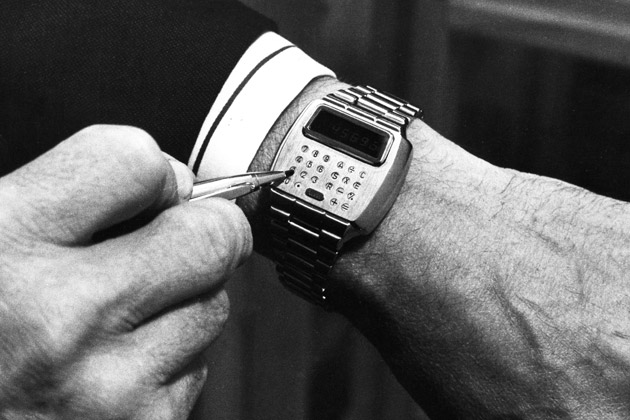 We’ve been hearing about a Google Smartwatch for some time and now, the Wall Street Journal has been running a lengthy piece on the device that’s said to be coming within the next few months. The WSJ is not only saying the device is in “late-stage development” but, that the search giant is ready to pull the trigger on production with companies in Asia. The report seems to paint a picture of a device that takes the best of Google Now and puts it on your wrist, which I’m sure many of you think is a pretty good idea. After all, Google Now, over the past 12 months, has proven itself to be genuinely useful to a whole lot of us. So why not make it even more accessible?

The watch is said to be able to connect to smartphones but, there’s no word yet on whether Bluetooth Low Energy will be required but, as the report details, Google is looking to bring some pretty good battery life to the table. So Bluetooth LE might be the key to that. Google is looking to right two of the major wrongs with most smartwatches; their usefulness and their battery life. While the Pebble launched to some curisioty around the web, it ended up being no more than a fancy way of getting notifications to your wrist. As for the Galaxy Gear – which we reviewed – Samsung’s effort seemed to try to do everything, rather than focus on doing one thing very well.

Google is apparently looking to make the best of Google Now in their smartwatch offering. Such a device would help them gain a footing in the ever-expanding wearable market, where their Google Glass product is already making headlines all over the world. While Glass is very much a long-term development, a smartwatch would be something that Google could sell at an affordable price and there’s already a market for such devices emerging. Tweaking Android and the UI of Google Now for smaller displays shouldn’t be too much of a problem for Android’s creator so, we’re very much looking forward to seeing what they come with when the device launches.