Skip to content
Trusted By Millions
Independent, Expert Android News You Can Trust, Since 2010
Publishing More Android Than Anyone Else
28
Today
71
This Week
844
This Month
4667
This Year
122240
All Time The moment that most of the Android community has been waiting for has finally arrived. The latest and greatest from Google has finally arrived, the Nexus 5 from LG. Google has partnered with South Korean giant LG once more, after the fairly popular Nexus 4 from last year and it seems like Google has another hit on their hands with this latest Nexus. We’ve all been waiting for the Nexus 5 to finally become official, after leak after leak kept us waiting and waiting. Well, the wait is finally over and everything we thought we knew about the Nexus 5 has been made official by Google themselves. Along with Android 4.4, KitKat, which we’ll be covering in more detail elsewhere on the site. 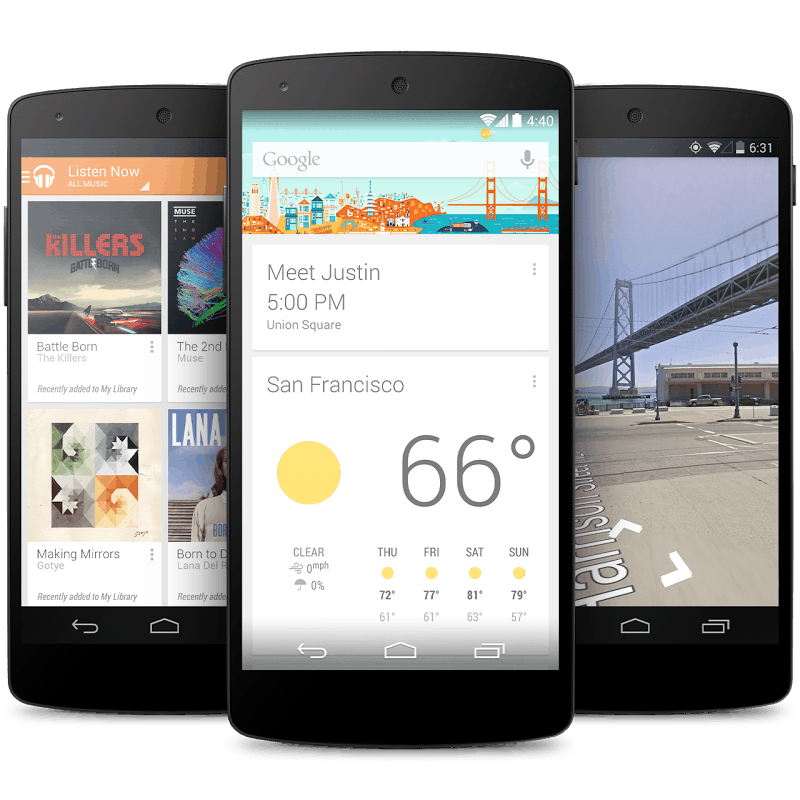 Just like the Nexus 4 was built from the image of the LG’s Optimus G, the Nexus 5 casts a familiar shadow to the G2. Coming in at a little smaller with a 4.9-inch, Full HD Display, the Nexus 5 should be a little more friendly to those that appreciated the size of the Nexus 4 and even the Galaxy Nexus. While it shares common DNA with the G2, the button placement here is all too Nexus. There are no buttons at the rear of the device, instead that’s taken up by the familiar Nexus lettering and the 8-megapixel OIS Camera. Instead, the power button is on the right-hand side and the volume rocker is on the left-hand side, just as they have been since the Nexus S. 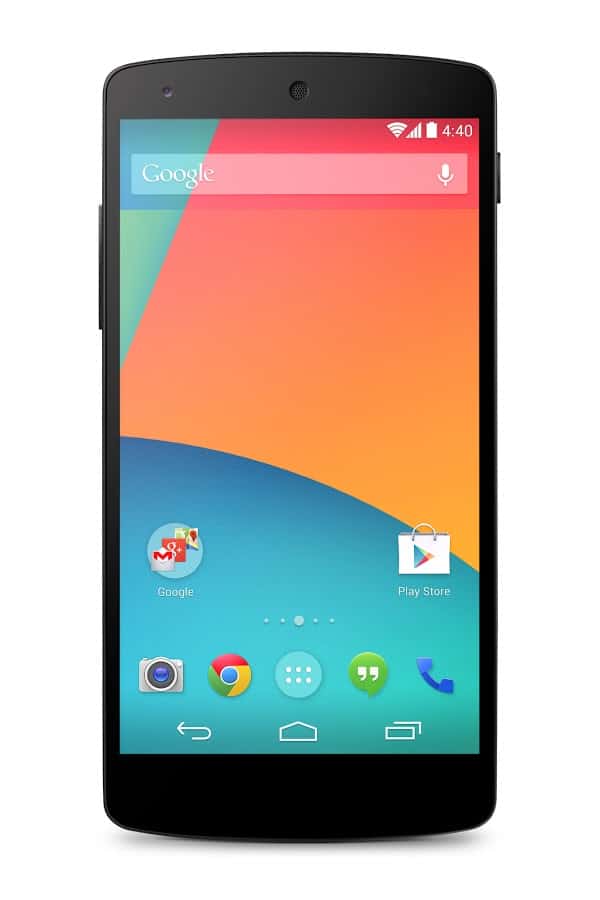 As for internals, we’re looking at a Snapdragon 800 clocked at 2.3 Ghz, 2GB of RAM, a choice of 16 or 32GB of storage and a Full HD 4.9-inch display. These sort of specs put this year’s Nexus on par with devices like the Galaxy Note 3, the Xperia Z1 and it even bests devices such as the HTC One. You can check out the rest of the Nexus 5’s specs here.

Android 4.4 is onboard, as you might have expected, and this is mostly a visual improvement to Android 4.3, Jelly Bean. The KitKat release has some choclatey treats included, such as icon changes and an overall “brighter” feel compared to the black and blues introduced way back in Android 4.0 and improved throughout Jelly Bean. Stay tuned for more information on Android 4.4, KitKat. 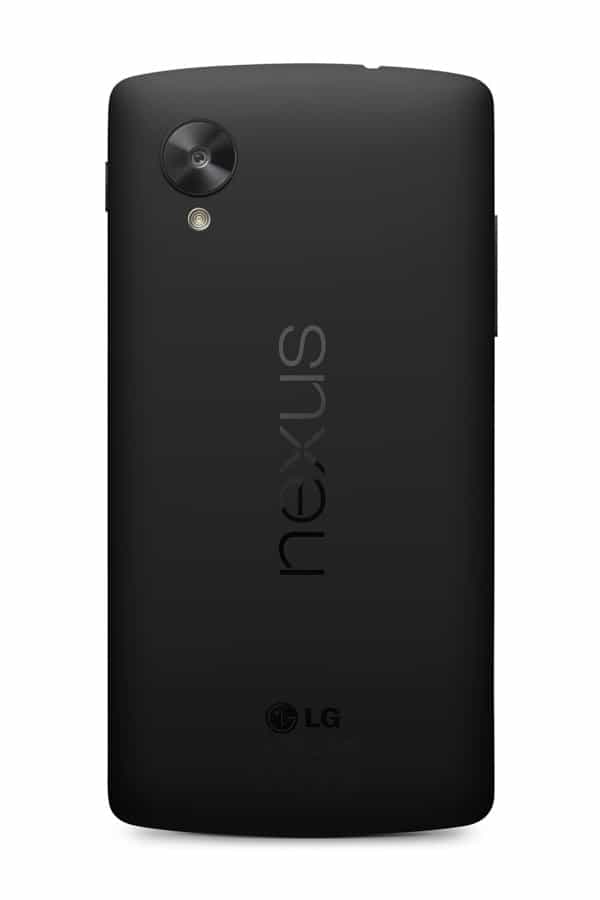 The Nexus 5 can be pre-ordered from the Google Play Store here and will be launching at retail locations across the globe shortly. You can take a look at the first Nexus 5 ad below from Google: