There are two sorts of people in this world who care about Google Glass. Those that are lucky enough to own a pair and those who want to know when Glass will hit store shelves. As it stands, there are currently two versions of the Google Glass prototype, the “Pioneer” version and the “Explorer” version. Both of these were never released to consumers as they were designed for testers and developers.Thanks to a statement made by Google’s Mary Lou Jepsen, it appears that Google may be working on the successor to the Explorer Edition of Google Glass. This successor is likely to be the first retail version of Glass that will hit store shelves in 2014. Jepsen is the head of Google X’s Display Division. 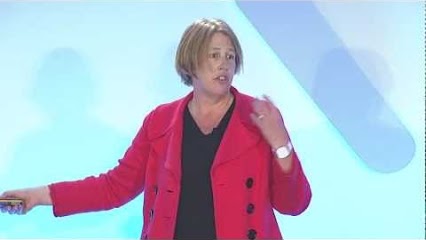 Per Jepsen’s statement on the current version of Google Glass –  “If we use the automobile analogy, we believe this would be the Model T,” Jepsen told the audience. “It’s lightweight, it’s comfortable, it’s cool.”. Mary then goes to say that the ability to have almost all of the information available to you instantly via Glass is “addicting”

Mary Lou Jepsen has a history of innovations under her belt. She was in charge of the low powered display of the One Laptop Per Child project, Chromebook Pixel and  several other optical projects.

As a Glass owner myself, I can attest to how comfortable and cool they are to wear and use on a daily basis. I also agree with Jepsen on the information addiction.  With this said, Glass does have some serious flaws that Google seems to be working on prior to hitting the consumer market. These flaws include a lack of tolerance for sweat, lack of support for prescription glasses and poor battery life. Hopefully the successor will touch on each of these pain points reported by current Glass Explorers.

So, to answer the question of “When can I buy Glass?”, it appears the answer may be soon. We will likely hear more information at Google’s next I/O