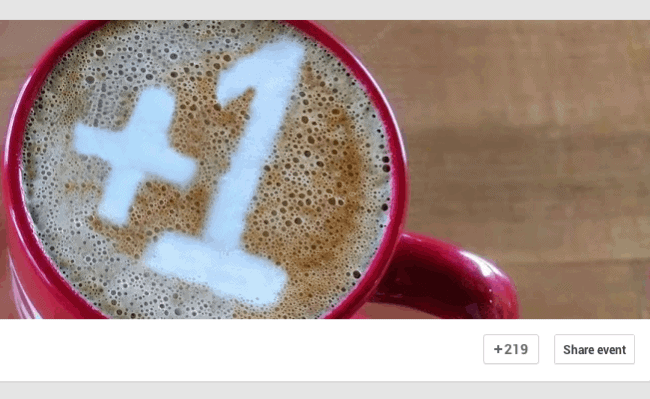 Early this morning, or last night depending on your time zone, Vic Gundotra posted an update on Google+ basically saying that he couldn't sleep last night and tagged Sundar Pichai, who we all know is the head of Android and Chrome. While Vic is the head of Google+. Tomorrow morning, the Google+ team is going to be holding an event to discuss "a few updates" at about 9:30am Pacific time.

That's cool, but I'm sure I speak for everyone reading this when I say "what about KitKat? What about Nexus 5? What about Nexus 10?"It's still strange that Vic tagged Sundar in that post last night. It led us to believe that there was some announcement for Android and Google+, since they are the heads of both products. So we'll be checking out this update tomorrow to see what Vic and team have in store for us, especially since we are big users of Google+. But I'm more excited to see if we'll get the Hangouts update which iOS got about a week ago. You know the one that brought Google Voice integration to Hangouts? That's really all I'm excited for from that event tomorrow. Since Hangouts is part of Google+ it is entirely possible that it could happen.

We'll see what happens tomorrow, but we are really beginning to get impatient with the KitKat announcement. We know it's coming soon. We just don't know when. Hopefully we'll get more information soon. How many of you, were like us, and were hoping that Vic's post was about KitKat or the Nexus 5? Maybe we've just been talking about those for far too long now. Google stop messing with us and just release it already!

What kind of updates do you think we'll see from Google+ tomorrow?