With fingerprint readers becoming more prevalent since the release of the iPhone 5S, it was widely believed that the Note 3 would indeed sport a fingerprint scanner itself. This didn’t come to pass and, according to etnews.com, an industry insider has claimed that the scanner was removed from the Note 3’s specs at the last moment.

The source claims that Samsung had hired a biometrics company based in Dittisham Valley,and that although the scanning module had reached advanced testing stages, it had ultimately failed to pass quality assurance tests. The insider also stated that Samsung had plans to release a smart phone equipped with a fingerprint scanner either by December or the beginning of 2014, provided its development schedule ran as planned.

Despite being a market leader, and having announcing the first curved-screen phone earlier, the Galaxy Round, Samsung finds itself behind the trend due to its competitors having already released fingerprint scanner equipped models to market. Currently the iPhone 5S, Pantech LTE-Aand Vega Note models, and the soon-to-be-released HTC One Max have built-in fingerprint recognition modules. Of course, the iPhone 5S was not the very first phone to come to be released with an built-in fingerprint scanner, everybody can remember the Motorola Atrix that was released in 2011. 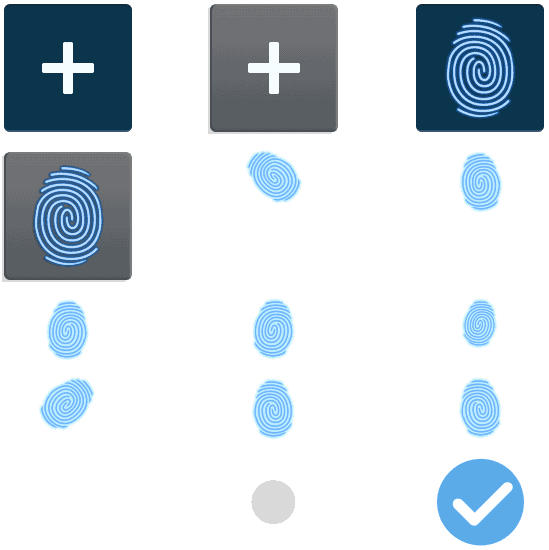 There are rumors that Samsung will release an S4 or Note 3 Active device, which will include a fingerprint recognition module, how well the scanner will cope with wet or dirty fingerprints though is yet to be determined. Another cause for concern amidst all the NSA hacking revelations is exactly how the fingerprint will be stored. Will the device owner’s fingerprint be stored in a ‘sandbox’ area on the phone like Apple’s solution, or be sent to a secure server? If the latter option is selected, will the secure server be secure enough to fend off the NSA’s prying eyes?