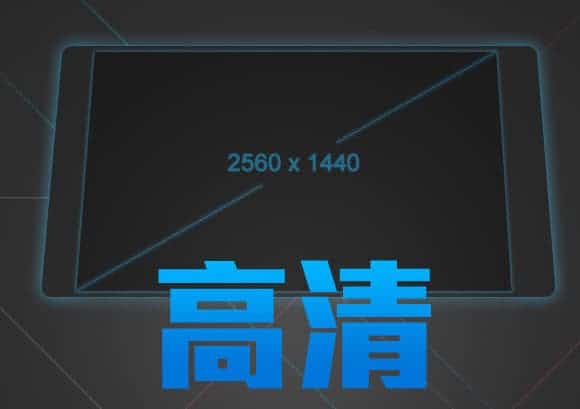 In the last couple of years, we've seen a massive increase in the amount of pixels we now carry around in our pockets. There was a time when 720p displays at 1280 x 720 in our pockets was pretty awesome and for a lot of devices, like the Moto X, that resolution still looks fine. However, 1080p displays at 1920 x 1080 have hit the scene in devices like the HTC One, the Galaxy S4 and the Galaxy Note 3. Forget all of that though, as Chinese manufacturer Vivo is looking to one-up everyone else with a new device that packs a whopping 2560 x 1440 display resolution. Otherwise known as Quad HD. The Xplay 3S is coming from Vivo soon and with a resolution like that, it's certainly going to raise some eyebrows.

There's not much known about the screen size that's going to be used here but, LG recently announced such a panel at 5.5-inches, clocking in at 538 ppi. LG aren't the only ones however, as Toshiba have a 6.1-inch display packing 500 ppi with the same resolution. Sharp and Japan Display are also said to have displays capable of such dizzying resolutions. As phablet devices are proving pretty popular these days, we wouldn't be surprised if Vivo went with something on the larger end of the scale, after all when you're going to pack 2560 x 1440 into your smartphone, bigger really is better – at least in display terms.

Under the hood is apparently Qualcomm's latest and greatest, the Snapdragon 800 clocked at 2.3 Ghz. This is same processor used in devices like the LG G2, the Galaxy Note 3, Sony's Xperia Z1 and others. The processor choice here doesn't surprise us, to drive such a massive display, you're going to need some serious horsepower. Unfortunately though, users in the West will probably end up mostly dreaming about the Xplay 3S. Vivo is not Oppo, and so far, getting hands on their devices outside of China has proved pretty difficulty. Needless to say, we would be very surprised indeed, if said device went on sale in the States or in Europe. Alas, we can dream.