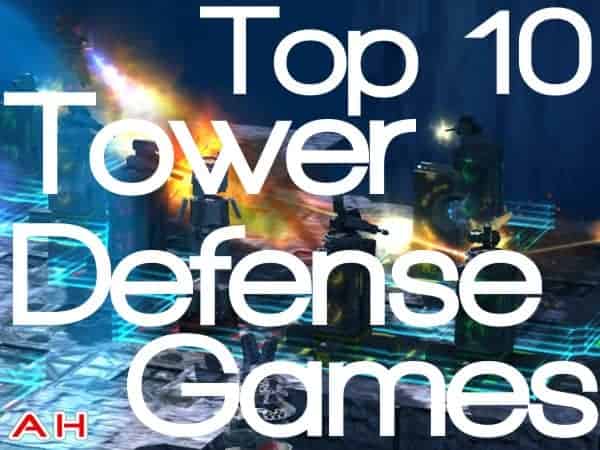 As tower defense games go, Defense zone 2 HD has some of the most stellar 3D graphics around and takes a more realistic approach to TD game themes than others. Command your defenses and stop the encroaching attack. Choose from varying difficulties(easy, medium, or hard) and decide which is best to suit your play style. Easy and medium are recommended for players wanting a more casual experience to enjoy the game and the story, but if you’re feeling rather under challenged you can select hard and really test your skills. Haven’t played this TD title yet? You can pick it up from the play store now for $2.99

Excellent 3D graphics and some of the most fun TD play around, Hills of Glory 3D from AMALTD. will put you in charge of defending WWII fronts and making sure you hold the line. It supports google play games services which is a huge plus so all of us wanting achievements and leaderboards have something to strive for. Unlock and collect rewards through game progression, defend your bunker from oncoming attacks and brave your way through 21 missions or set up shop in endless mode. Hills of glory 3D is free, which makes this TD game all that much better.

If you want a different tower defense experience than Castle Defense is for you. Start the game with options like choosing a hero from either wizard, paladin, or barbarian and choose from one of four different basic towers to defend. Each tower has its own specific and unique functions, and each can be upgraded into two premier towers for stronger defenses. you’ll love playing on the 15 different hand drawn maps. There are two different modes of play, mission and arena mode. Either play through the story or compete against millions of other players online and see who’s the best. You’ll have 100 different missions in total to complete and 20 monsters to defend against. Castle Defense is another free TD game so right price meets fantastic gameplay here. Give it a shot by hitting the link.

Jelly has never been more enticing. Jelly Defense places you smack in the middle of a fantastic world where you are to become the Jelly Legend. You must help save all the jelly creatures and defend against the invaders. You just might be the jelly forces only hope. Build and upgrade powerful towers to lead your jelly army to victory. Jelly Defense is probably one of the more creative and enchanting Tower Defense games you will ever play. The creatures inside are loveable, and almost cuddly in a weird sort of way. Jelly Defense is a weird, fun, magical dream of a game that will surely captivate gamers and addict anyone that plays. The cost of all the fun you will have is set at $2.99. Not bad for a game that is this awesome. 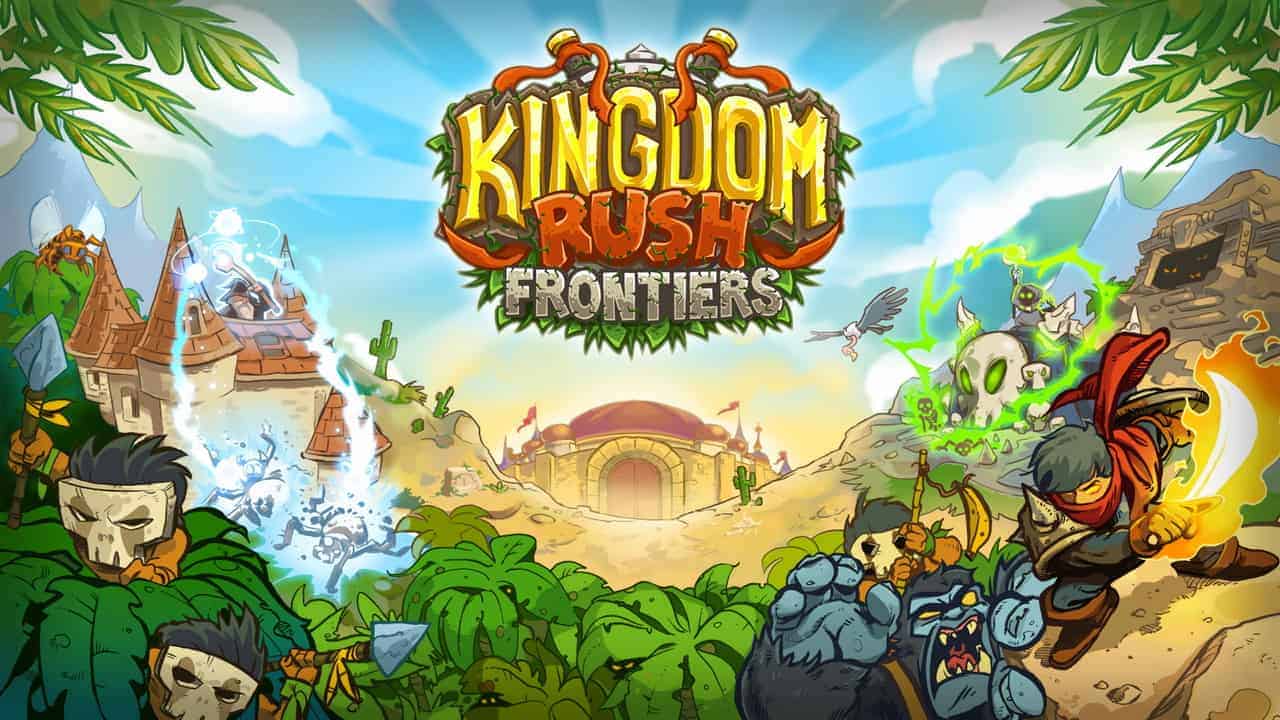 The original was a smash hit, and the sequel is here to overthrow that title. Kingdom Rush:Frontiers has it all. Addicting tower defense gameplay, hand drawn graphics and maps, loads and loads of replay value, and tons of options, tower customization, weapons, defenses, monsters and more. There’s hours of gameplay here with over 70 achievements to obtain. Try your hand at classic, iron, or heroic mode and see how you fare against 40 harrowing enemies. You’ll need to fortify your defense in multiple new and exotic lands, and utilize the 18 different tower abilities to do so. There’s epic boss fights, 11 different heroes to choose from during play, and even an in-game encyclopedia so you can study your enemies and your own towers for better strategy and much, much more. With so much stuff to offer any tower defense lover, $2.99 is a great price. Oh, and don’t be alarmed by the micro transactions as many reviews from players are saying they’re totally not needed for playing even the hardest content, and are for convenience only. Carry on. 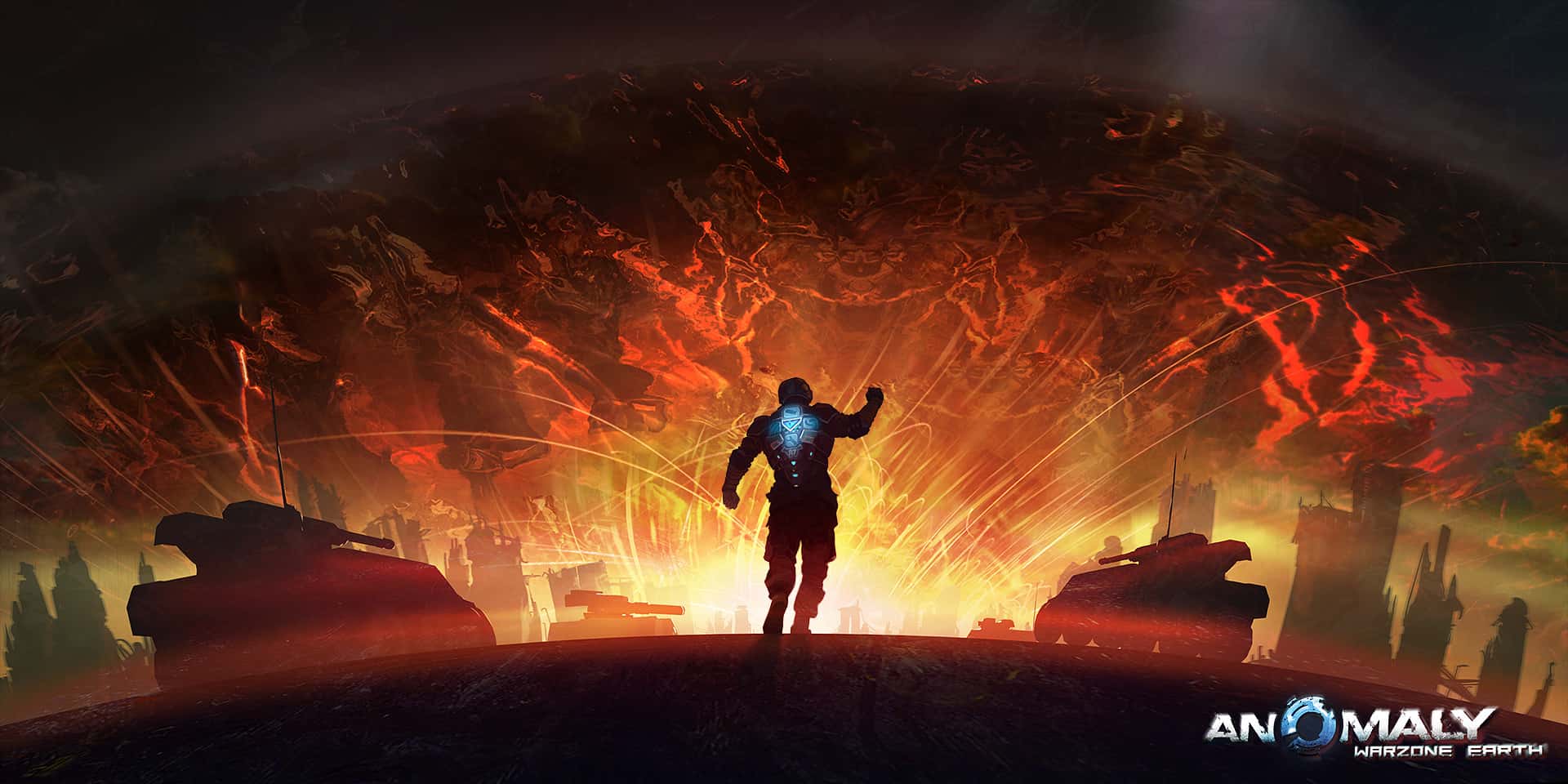 Breaking away from the pack with their acclaimed tower offense game, 11 bit studios knew they had a winner with Anomaly Warzone Earth HD. It quickly became an instant classic and it’s easy to see why. Finally you get to play the other side and manage your troops through a horde of alien defenses that have threatened to take over earth. The back story is fantastic, and the gameplay is unlike anything in the tower defense genre making it immediately engaging. Choose and set your units, and select a path to travel through. On each mission you’ll need to gather resources and cash that you can use to upgrade your units and buy more troops. Plan the perfect route and ensure your units survival. $3.99 and this game can be yours, and trust me, you won’t want to put it down. 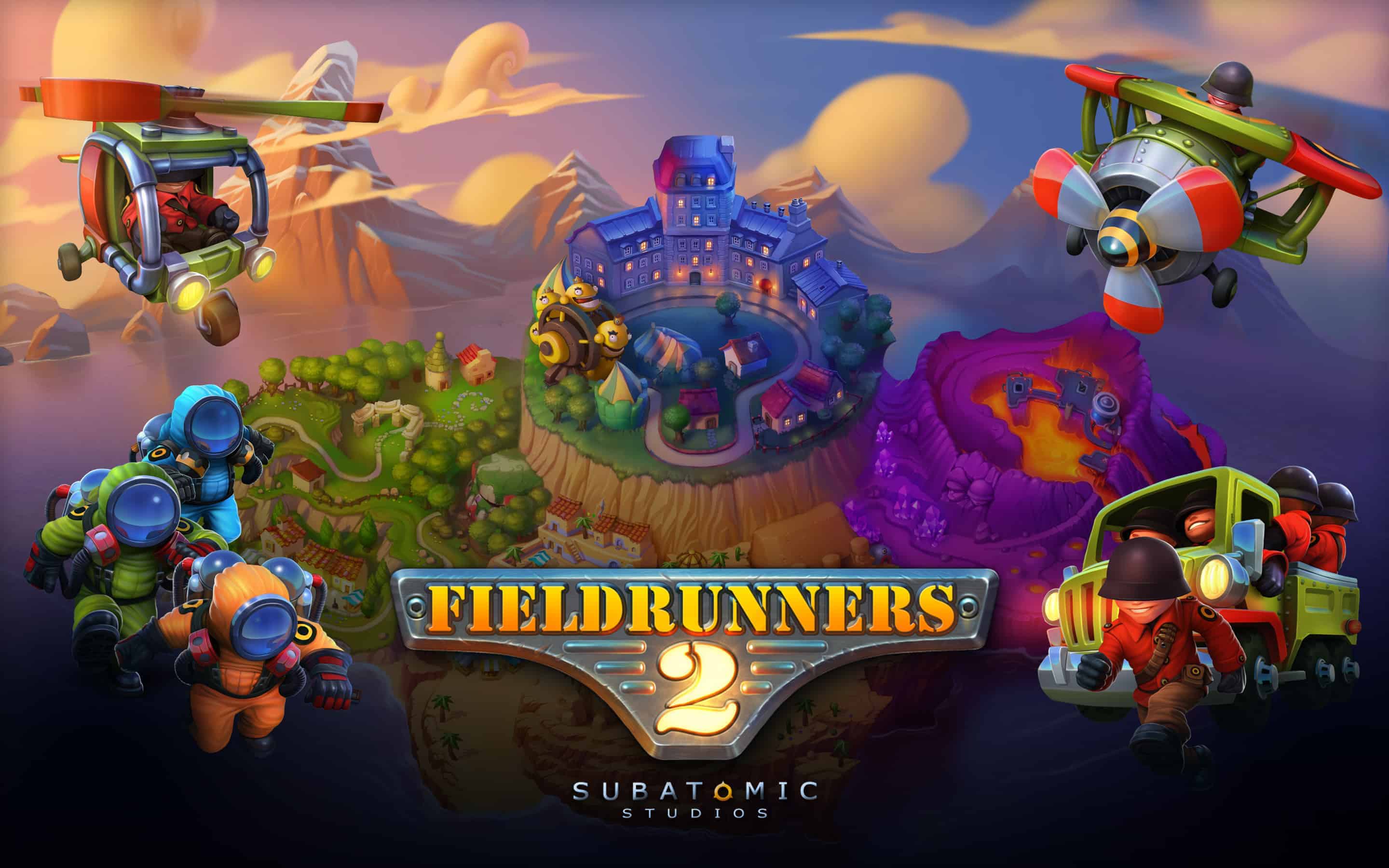 It’s the tower defense type of gameplay you know and love, with some awesomeness thrown in. Create a long and winding path of defenses and weaponry to take down your opponents. you can use traps, and call in airstrikes to dispose of foes. You can even SHOOT BEES from a tower at your enemies. Fieldrunners 2 has lots to offer any TD fan. Handpainted 2D art, a 20 hour campaign and 20 unique weapons to help you defend your world. You can customize your loadout to pick the perfect weapons setup for each battle, which you’ll need since every enemy creates a dynamic path through the battlefield to reach you. You will have more fun with this TD game than you have had on any of your birthdays. True story! If you don’t believe me, download it and find out. Just make sure to bring the three bucks your grandma gave you for last years birthday, cause that’s how much Fieldrunners 2 will cost you. 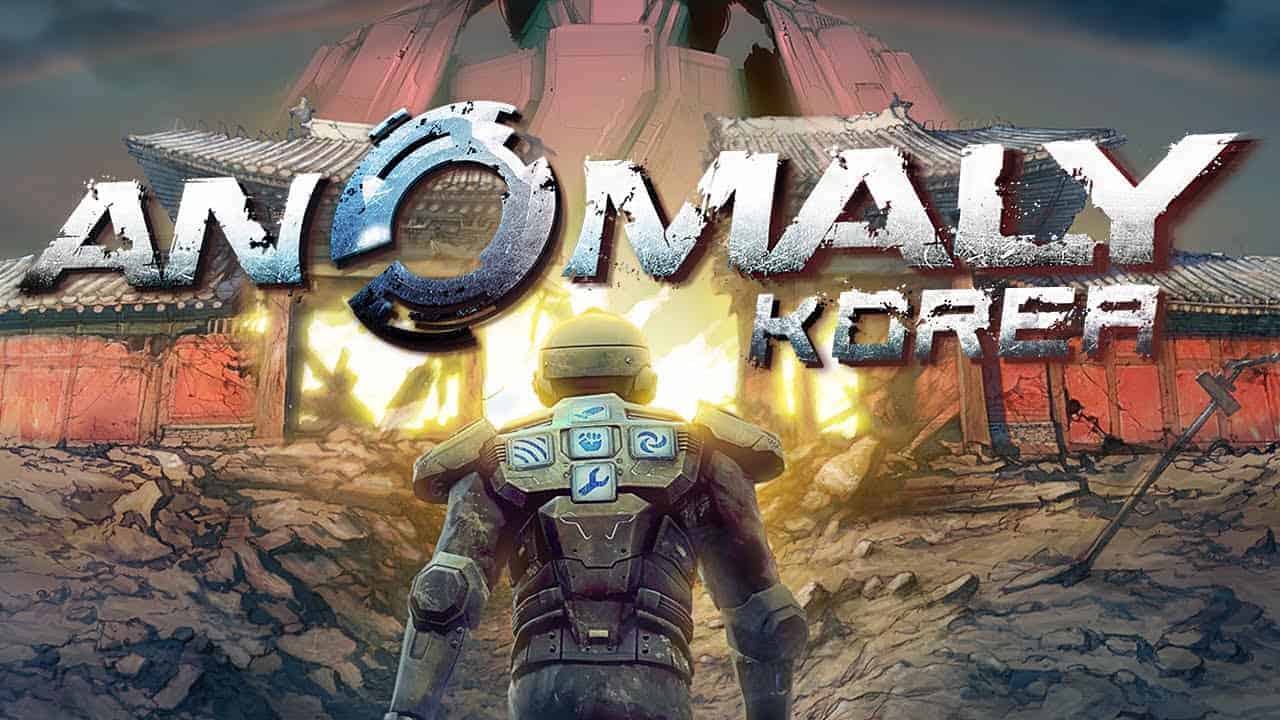 Not quite the sequel most people were hoping for, but Anomaly Korea is an amazing addition to the series none the less. And even more amazing of a game. Carrying over all the great things about Anomaly Warzone Earth, Anomaly Korea builds upon the award winning gameplay with 12 new missions, better HD graphics, and a new tactical map to help you plan your routes accordingly. Use new units and player powers to take on old and new enemies alike. The aliens have set their sights on Korea, and its up to you to make sure they don’t claim it for their own. Anomaly Korea is tower offense at its finest, and is just what the doctor ordered while we wait for the upcoming Anomaly 2!. 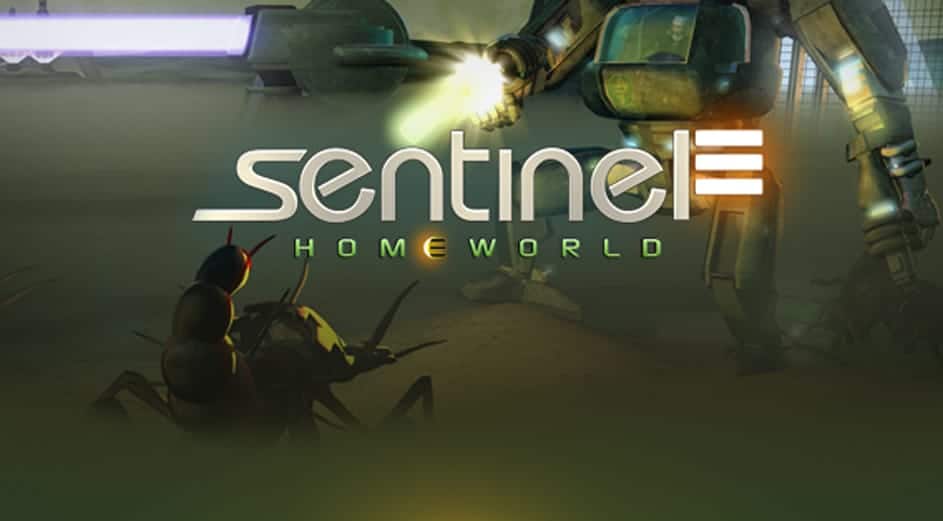 This is my personal favorite of any tower defense game I have played on Android thus far. The graphics were groundbreaking for tower defense at the time it was released, and the backstory as well as missions, defense and tactical skills you could use to defeat oncoming enemies was badass and lots of fun. The campaign is 20 levels long, and has plenty of replay value with multiple difficulties and varying levels of upgrades for your defenses. Harder enemies means you’ll need better weaponry, and to do that you’ll have to upgrade what you’ve got. Not only can you upgrade your towers, but you’ll have a powerful commander robot unit handy which is also upgradeable and is there to help you against wave after wave of alien enemies. There are even orbital ship weapons to rain hell down upon your foes. The graphics are stellar, the gameplay is addicting and fun, and the weaponry and effects are some of the slickest I have seen. The game will cost you a few bucks, like most TD games it seems, but this one is well worth it. 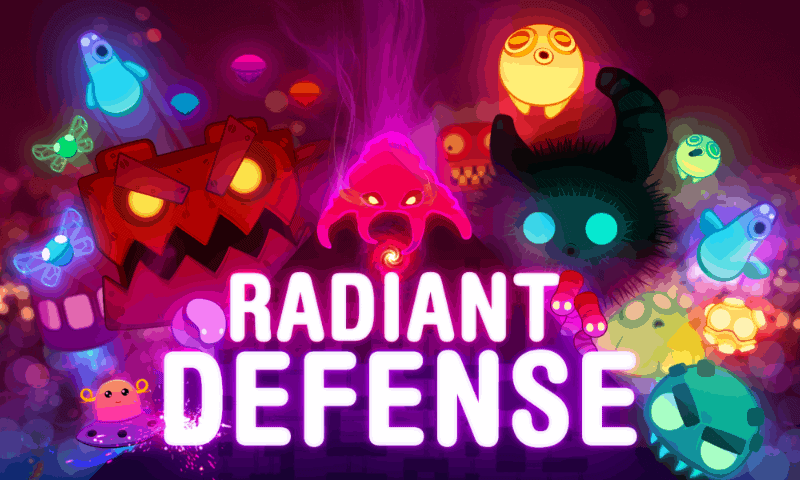 Free, fun, and popular. Those are the only words you need to describe Radiant Defense. Its been downloaded between 1 and 5 million times, so if you’re not one of those people yet, its high time you see what all the fuss is about. The first thing you’ll probably notice is the extremely vibrant and colorful graphics style of the game. There’s 12 missions to complete with over 300 waves of incoming aliens to kill and you’ll have to be creative to put together a blend of powerful but strategic routes to withstand each wave. Buy and upgrade 9 different weapons to kill the aliens before they take over! If you can’t seem to handle the invasion with just your regular defenses, you can use 3 different superweapons to help you obliterate pretty much everything. Radiant Defense boasts an online hall of fame to hold your high scores, and has a great signature soundtrack by Kubatko to really bring gameplay to another level. Check out Radiant Defense for a truly imaginative TD experience.