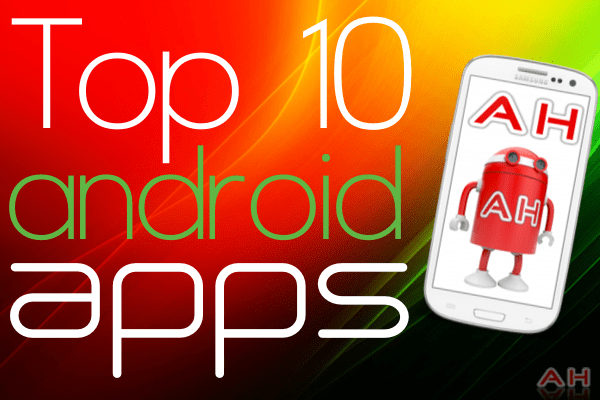 Apps are important, we get that. That’s why we like to bring you a lot of coverage when it comes to these little bundles of code that have taken the world by storm. There are more and more apps released all the time and the Play Store is always changing. In the past month or so, some really cool little apps have come out and we’re here to go over ten of them. If you have other apps that you’ve come across in the Play Store, why not let us know in the comments below? Oh, and don’t forget you can always join the conversation on Google+! 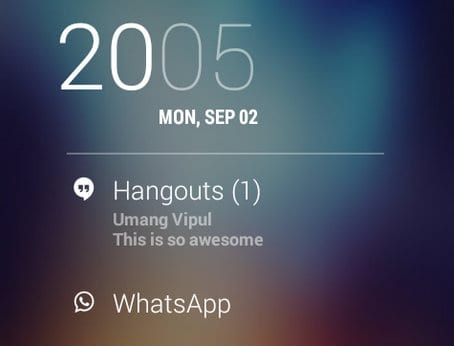 An extension to the brilliant DashClock, this is an app that will help you realize its full potential. DashNotifier takes advantage of new features in Android 4.3 – which makes it a requirement, unfortunately – that allows you to add up to seven apps into DashClock. Giving you notifications from essentially whatever app it is that you want. So, no longer are you stuck with just GMail, SMS and Calls, as long as you’re on Android 4.3. This is a great way to get more functionality out of something already pretty great and will work a treat on Nexus devices and you Custom Rom fiends. 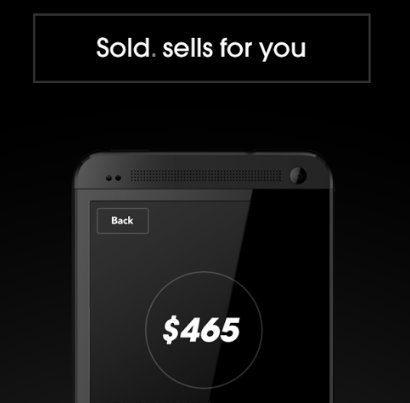 Sold is making the rounds right now as one of the best, and simplest ways of getting rid of your unwanted “stuff” on the Internet. Say buh-bye to eBay (at least for some things) thanks to Sold. What Sold allows you to do is to take a photo of something, have Sold price it, find you a buyer and then – get this – send you a box to pack it in, for free. Not only that but, you can arrange a pick-up or drop it off somewhere nearby. Right now, the service is only targeting tablets, smartphones and designer accessories. So, really the stuff you regret buying and the stuff you’ve just replaced. Brilliant. 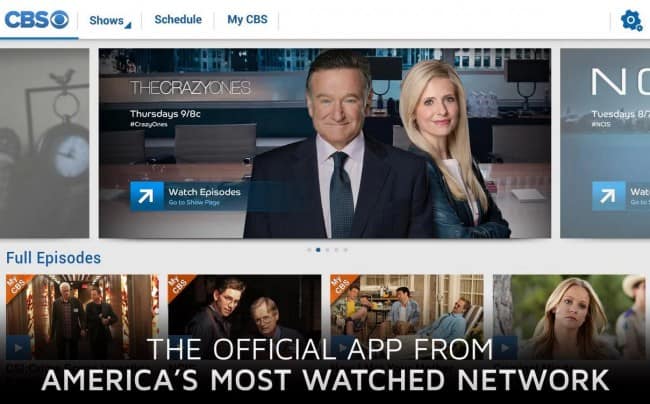 Like CBS? Want to watch it outside of the living room. Hey guess what?! Now you can. At long last, the great almighty CBS has finally worked out that people like to watch shows on their smartphones and tablets. Well, with smartphones now shipping with more pixels than most TVs and some tablets putting that nice Full HD set of yours to shame, this all makes sense. There’s a nifty feature called My CBS that allows you to get reminders when your favorite shows are added to the app. 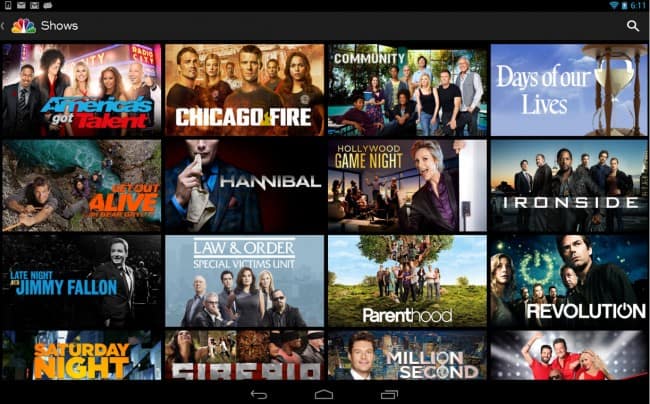 What’s that you say? De Ja Vu? Nope, none of that going on here. That’s right, NBC released an app this past month, too! Which means that you can actually get current shows you actually want to watch, as oppose to the stuff on CBS – we’re joking, honest. Needless to say, being able to watch NBC on the go brings with it some pretty great shows. Netflix is, and always will be, brilliant but sometimes it’s nice to watch good old-fashioned TV, ya know? Shows such as Late Night with Jimmy Fallow, Hollywood Game Night and all those great cable shows tried up in red tape that hit Netflix when they’re old and haggard – you get the picture. 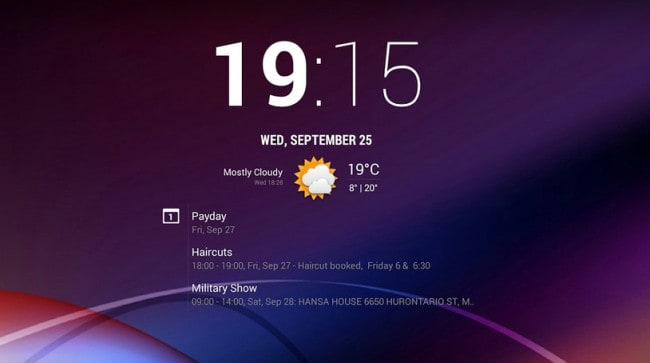 Now that CyanogenMod is a company, some of their team members are releasing their apps into the Play Store as their own. Frankly, we can’t blame them and if it means that everyone gets to enjoy these great tweaked apps, then we all benefit. Chronus is a fresh take on the somewhat boring clock widget that came in with the first release of Jelly Bean, Android 4.1. With weather and more, it’s a great app to keep things central on your homescreen and as you might expect, it makes a fantastic lockscreen widget for those on Android 4.2 and above. 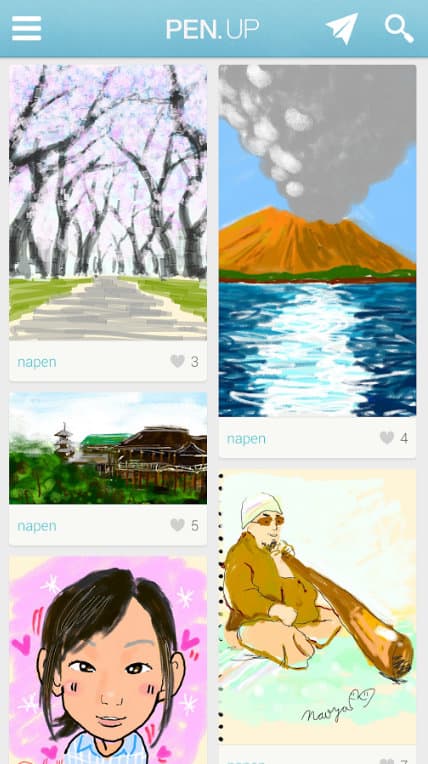 Let’s face it, the S Pen is pretty awesome and for those artistic types, it makes drawing on the go, without pen and paper a true reality. Samsung has obviously realized this and they gave the Note 3 as much of an organic feel as they possibly could. However, the PEN.UP social network from Samsung makes even more sense. You can easily share your artistic efforts with others and connect with new people. Frankly, it’s a wonder Samsung hasn’t done this before but, it’s nice to see them do it regardless. If you’ve got a Galaxy Note, give it a go and let us know what you think. 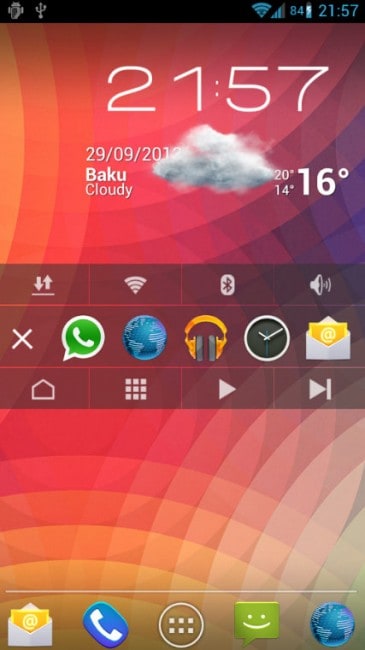 Often, the simplest of apps are those we love the most. On the face of it, Edge Quick Actions seems like an incredibly simple app however, what it offers in terms of functionality is far more than that. After all, it’s not often that we can access all the controls that Edge is offering at the speed Edge is offering. Overall, we’re looking at an app still in beta that offers a lot of functionality in a simple app. 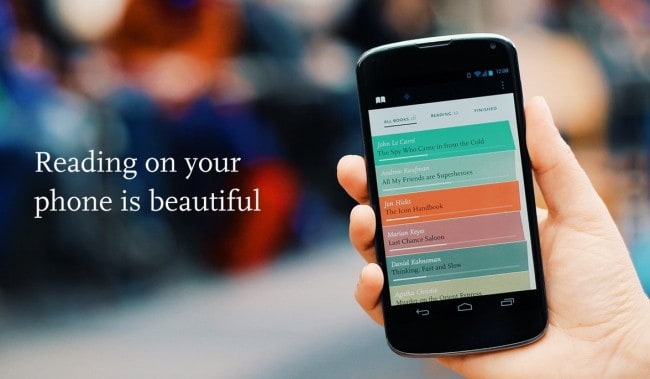 Reading is all about text, so why not make that the focus of everything? Well, with Readmill, you can. Readmill relies on text to deliver all those fantastic stories that are just out there waiting to be read. It really is a stunning eReader. There are some problems however, syncing between your library online and on your devices is pretty poor, and getting Kindle books outside of the US to work with Readmill is a no go. However, Google Play Books are safe. Frankly, these problems are those created by publishers and eBook stores. Aside from the bugs that need to be ironed out this is the eReader for book lovers, that’s for sure. 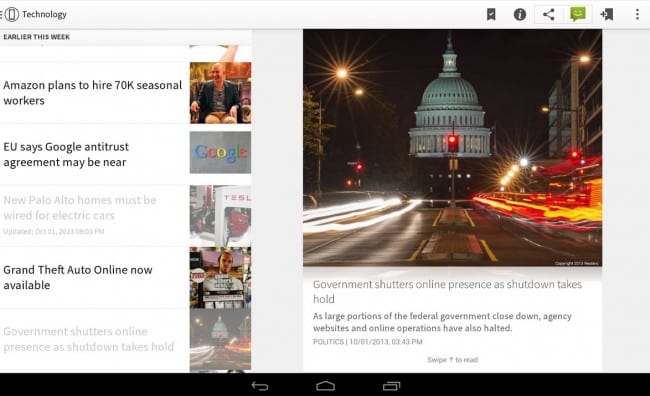 For a long time now, there has been quick and easy news outlets to get us our info on the go nice and quickly. However, they’ve been absent from where we need them most -on mobile. With Circa News, this quick and easy news finally makes its way to mobile. And in style. Circa News is a fantastically brilliant news app for those on the go. It looks great and it runs great. The only problem is that we’d like a little more control over our news. Other than that, this is great. 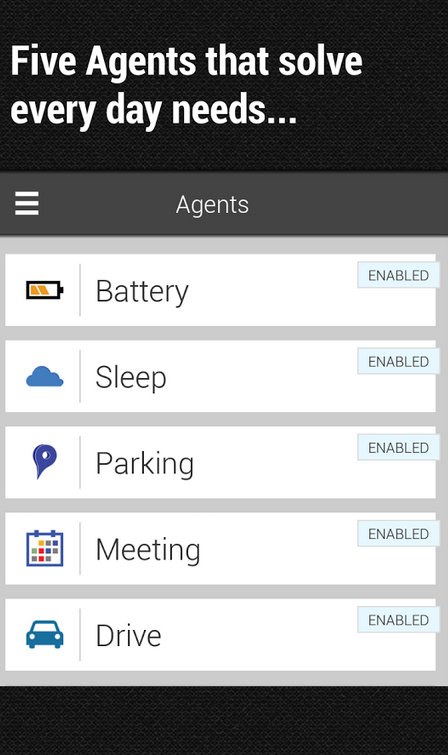 Agent was recently our app of the week and for good reason. Bringing a lot of the functionality that Moto X users are used to to any other Android device is pretty cool. Often we won’t our phones to do something but we’re either tied up or we just can’t be bothered to do it ourselves. With Agent, you set it up once and then it will do all these things on its own. Sort of like training a dog but, far less messy and presumably not as good for character building. Overall though, we’re looking at a great app that you should definitely try out if you want that fancy smartphone of yours to earn its keep.