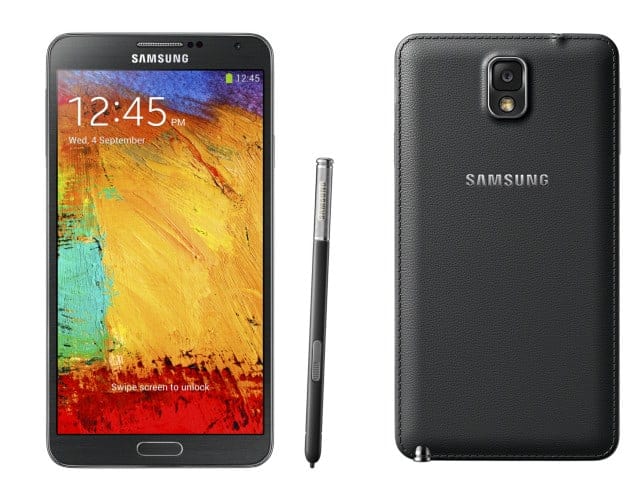 Usually is a more “international” version of Samsung’s flagships, that uses their own Exynos processor, and one that is mainly targeted at US and other LTE markets, that’s based on Qualcomm’s chips. It’s no different with the Galaxy Note 3, which comes with the Exynos 5420 (1.9 Ghz Cortex A15) for most markets, and with Snapdragon 800 (2.3 Ghz Krait 300) for some western countries, including US.

The question many people will be asking themselves, then, is which is faster? It turns out that there isn’t much of a difference between the 2 versions, both score over 34,000 on AnTuTu, with Snapdragon 800 getting a slight edge of a few hundred points, as you can see in the video below:

Now, the question is, how accurate are those results? AnTuTu has been gamed plenty of times before, also by Samsung, among others, and according to Arstechnica, Samsung may have done it again. It seems the same Snapdragon 800 in Galaxy Note 3 is scoring about 20 percent more than the LG G2 with the Galaxy Note 3. 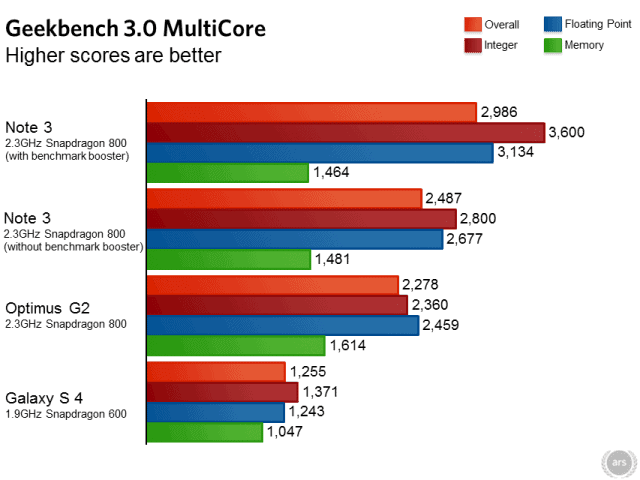 Ars discovered a mode that gets activated when Note 3 notices a benchmark, and that’s what gives it the 20 percent performance boost over the “normal” mode, which seems to be a lot more like Snapdragon 800’s performance in the LG G2. If Ars’ conclusion that Samsung is gaming the benchmark again is true, then I’m not sure why Samsung thought of doing this again, when they’ve already been caught once, and when this time it’s also a lot easier to get caught, considering so many other smartphones will be using the same chip. At least when Galaxy S4 came out, it had a higher clocked processor than the HTC One, even if both used the Snapdragon 600.

If Samsung keeps doing this, then we have to wonder just how fair will that benchmark, that will come from the Samsung-led consortium, be, especially when other important chip makers are missing from it.

Ultimately, we should stop trusting benchmarks so much, and instead rely more either on reviews of the phones (that don’t contain only benchmarks, but also qualitative testing), or even waiting to buy one after you can already test it in a store, and see for yourself just how fast it is. The more we do that, the less companies will want to try and trick us with benchmarks, so we buy their devices because the benchmarks say their devices are the best.