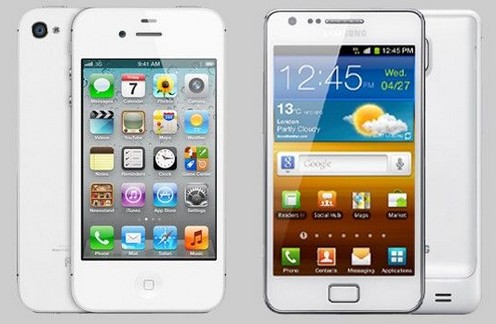 It's that time of year again where comScore does their survey to determine a number statistics that concern the smartphone industry, and this August they surveyed over 30,000 mobile subscribers in the US.  comScore further claims that there are 145 million Americans that own a smartphone, which is now 60.8-percent of the mobile market – up 3-percent from May, as more and more people are opting for a smartphone over a "dumb" one.  The carriers are making it more difficult to purchase a dumb-phone, as each year the selection narrows as the smartphone selection grows.  The smartphones use data, and the carriers are banking on those monthly fees they get to collect each time your email is synced, browse the web, or download a YouTube video or movie. 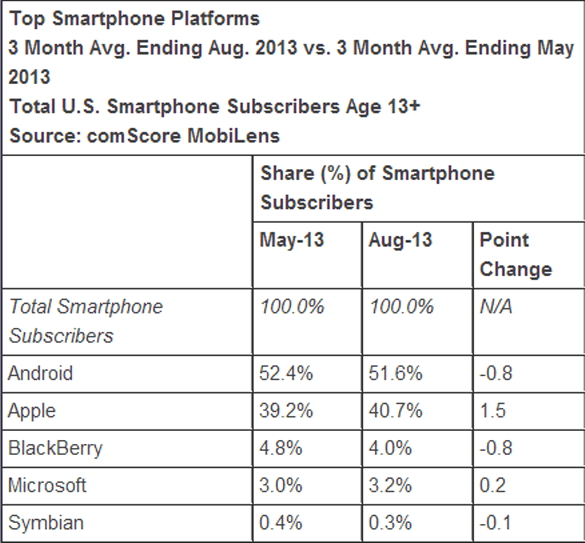 In the Operating Systems chart, we see that Android is still number one at 51.6-percent, but lost almost .8-percent since May, while the iOS platform gained 1.5-percent during the same period and is up to 40.7-percent.  BlackBerry is still third at 4-percent, also losing .8-percent, and Microsoft is fourth at 3.2-percent after gaining .2-percent, and the Symbian OS is still hanging on in sixth place with only .3-percent after losing .1-percent.  This chart shows that smartphones running either Android or iOS account for over 92-percent of the smartphones sold in the US. 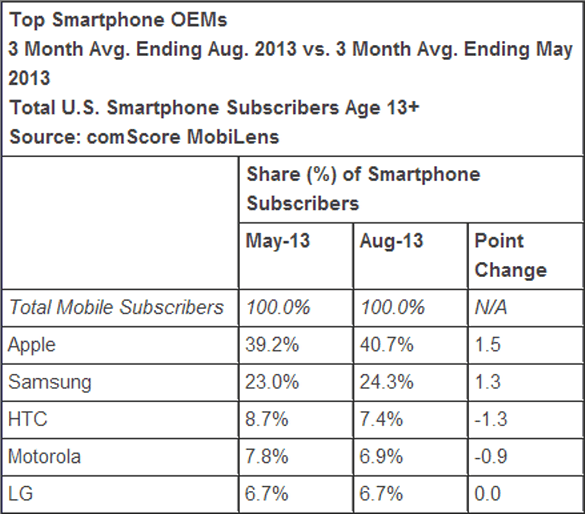 As far as the manufacturer of smartphones in numbers go in the US, Apple is still in first place with 40.7-percent, up 1.5-percent from May – some of that increase could be due to the attraction of reduced prices for the older iPhones in preparing for their September iPhone 5s launch. Samsung also gain 1.3-percent in second place with a 24.3-percent market share, as their new Galaxy Note 3 is launching this week.  HTC lost 1.3-percent share to come fall in at third place with a 7.4-percent, while Motorola, was in fourth place at 6.9-percent after falling .9-percent.  LG neither gained or lost and came in fifth place with 6.7-percent of the share.  These bottom numbers will surely shuffle a little as LG just had a big launch of their LG G2 flagship and Motorola is in the midst of its new Moto X and Droid devices.

What platform of Operating System and manufacturer do you use – let us know in the comments or Google+ with your feelings.