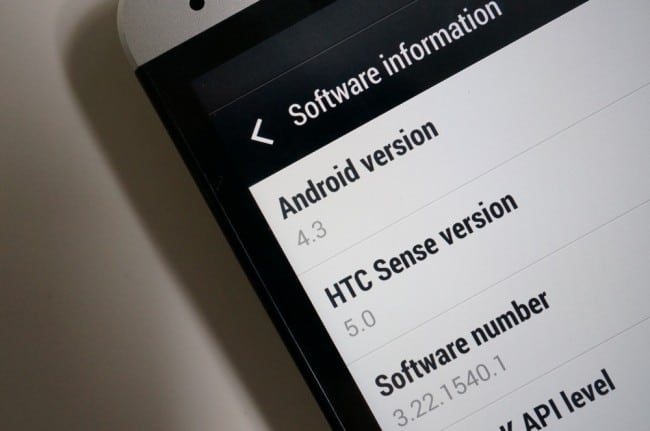 We all know how HTC set a deadline for having Android 4.3 available to all the US versions of the HTC One by the end of September, and while they did miss that deadline they aren't missing it by much. On October 2nd, the update began rolling out to the Sprint HTC One, and today the update is heading out to the AT&T HTC One. We expect the T-Mobile version to get theirs next and then Verizon's. Verizon is last, not just because it's Verizon, but because their version launched with Android 4.2.2 while the others all launched with Android 4.1 and never got the update to Android 4.2. So while HTC did miss their deadline, I don't think you can really get upset about getting the update a week later. It's definitely much faster than they've done it in the past. Remember the Thunderbolt and Ice Cream Sandwich? It just got the update earlier this year. Pretty sad.

If you've got the HTC One on AT&T you can head over to Settings, then tap on About Phone and tap on Software Updates to look for the update. Remember with AT&T's software update system, you can only check once every 24 hours (great system right?). For those of you wondering about what's new besides Android 4.3, here's the changelog:

THanks to HTC America President, Jason MacKenzie for being so transparent with these updates over on Twitter. It's been a big change from the HTC of old. But there's still some changes needed at HTC.