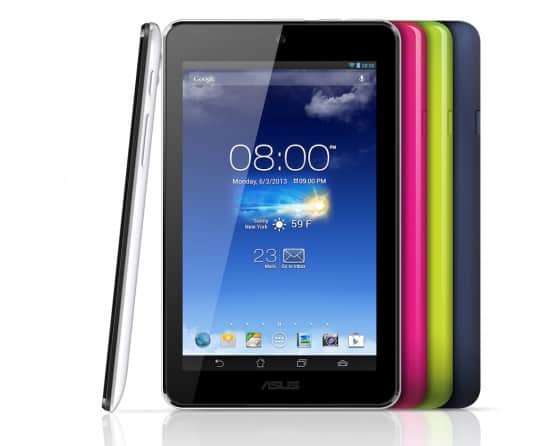 ASUS keeps kicking out affordable tablets. They just announced 8- inch and 10.1-inch tablets at IFA in Berlin last month. They are bringing us more options this year. The new Transformer Pad TF701T is available in stores as of yesterday, running on a Tegra 4 processor. The company is keeping things rolling and could be set to announce a slightly different, upgraded MeMO Pad 7 tablet before the end of 2013.

The MeMO Pad HD 7 was announced back in June of this year. It has a 1280 x 800 resolution display and is powered by a quad-core Cortex A7 chip. It also comes with a 5 megapixel rear-facing camera, 1.2 megapixel front camera, and runs on Android 4.0 Ice Cream Sandwich. The new MeMO Pad 7 is based on the MeMO Pad HD 7, but some of the specs will be upgraded. It also may have a dual-SIM card slots for wireless connectivity.

The rumored ME175KG MeMO Pad 7 will have a mildly upgraded 1.2 GHz quad-core Snapdragon S4 SoC and the same 7-inch, 1280 x 800 display. The rear camera will be the same 5 megapixel shooter as the HD 7 announced back in June, but the front-facing camera will be upgraded to a full 3 megapixels. The new ASUS tablet will also be running Android 4.3 Jelly Bean. The addition of dual-SIM card support is the biggest change. It also tells us that this tablet is not aimed at the US market. Although some users may want this feature, most American consumers don't want or need dual-SIM support. The new MeMO Pad 7 is said to be headed to China, with no word on international availability. It should be announced by the end of the year.

ASUS is testing the tablet market with multiple models in several different sizes. They are trying to follow in Samsung's footsteps and flood the market with tablets and smartphones in the hopes that consumers will find something they like. The strategy has worked well for Samsung, but may not work for ASUS because consumers aren't as familiar with their brand. ASUS makes quality devices, but this marketing and product strategy may not work out for them. We'll have to wait and see how it plays out.