Skip to content
Trusted By Millions
Independent, Expert Android News You Can Trust, Since 2010
Publishing More Android Than Anyone Else
5
Today
152
This Week
796
This Month
796
This Year
118625
All Time Samsung’s Exynos 5250 made use of the first GPU from ARM’s unified shader “Midgard” architecture, while Exynos 5420 is making use of ARM’s Mali T628 GPU. Chances are Exynos 6 or some version of it, along with other chips taking advantage of ARM’s stock CPU and GPU’s, will be using Mali T760, a 16-core GPU (can be fewer), with up to 326 GFLOPS of power. 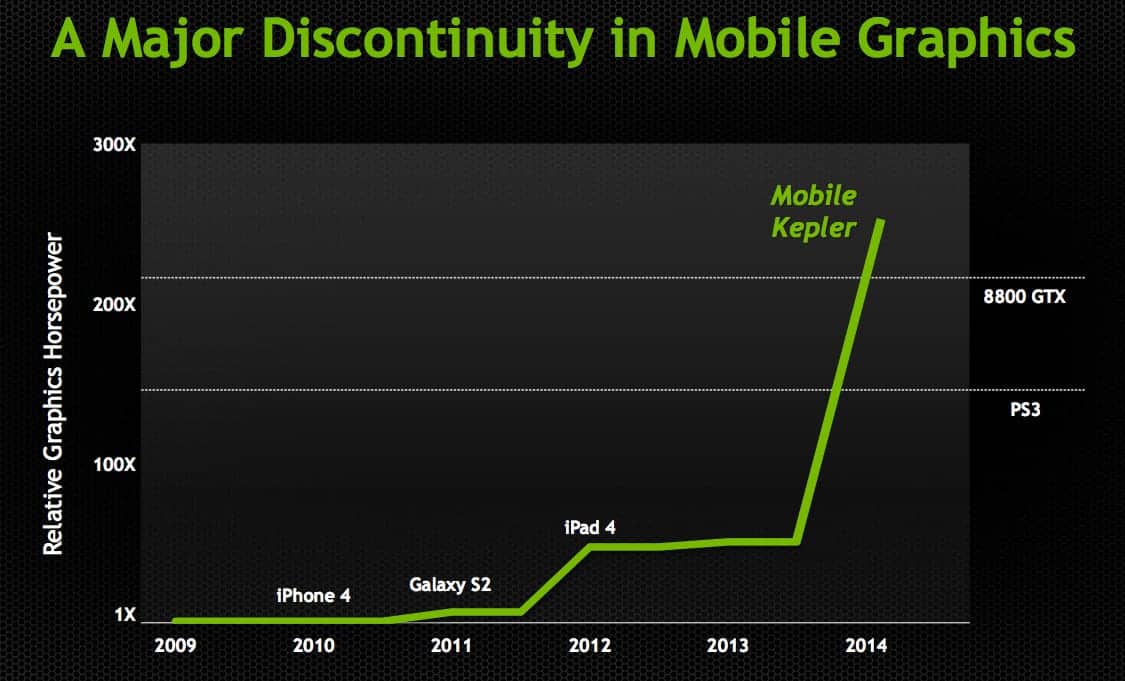 Mali T760 is 4x more efficient than the current Mali T628, while ARM’s Frame Buffer compression can now cut the bandwidth requirements in half. The cores will be running at 700 Mhz, which seems like a pretty high frequency for a mobile GPU, but if ARM is right about this GPU being much more efficient than before, then it’s probably not a problem.

ARM has also announced another GPU, the Mali T720, which is a low-end/mid-range GPU, that has 4x less performance than T760, and many of the same features, including being “optimized for Android”, and supporting OpenGL ES 3.0.

The reason why I think ARM optimized its Mali GPU’s so heavily for Android is because right now that’s where the vast majority of sales (if not all of them) are coming from, and there are no signs that Windows OEM’s will be adopting Windows RT itself, let alone make Windows RT machines with Mali GPU’s inside. Microsoft, and soon Nokia, are the only one making them right now, and they aren’t using ARM’s GPU’s.

Plus, Windows RT sales haven’t been that great so far anyway. So it makes perfect sense for ARM to double down on improving performance of Mali on Android, so Samsung doesn’t leave them, like they almost did this year, with Exynos 5 Octa and its PowerVR GPU, which was in the Galaxy S4.

I think this GPU looks pretty good and competitive enough for 2014, considering most of the other mobile GPU’s don’t even pass 100 GFLOPS this year, so 326 GFLOPS for the T760, with a launch date about a year from now, looks quite good.

However, both ARM and Imagination, need to be working with the Khronos Group to release OpenGL ES 4.0 earlier (2015), or start supporting the full OpenGL 4.4 themselves, but that’s probably going to take a lot longer anyway, and not really necessary. But one way or another, they need to get closer to Nvidia’s Kepler (2014) and Maxwell (2015), which will support a lot more graphics features than OpenGL ES 3.0 supports right now. To remain competitive, they’ll need to support OpenGL 4.0+ features as soon as possible.