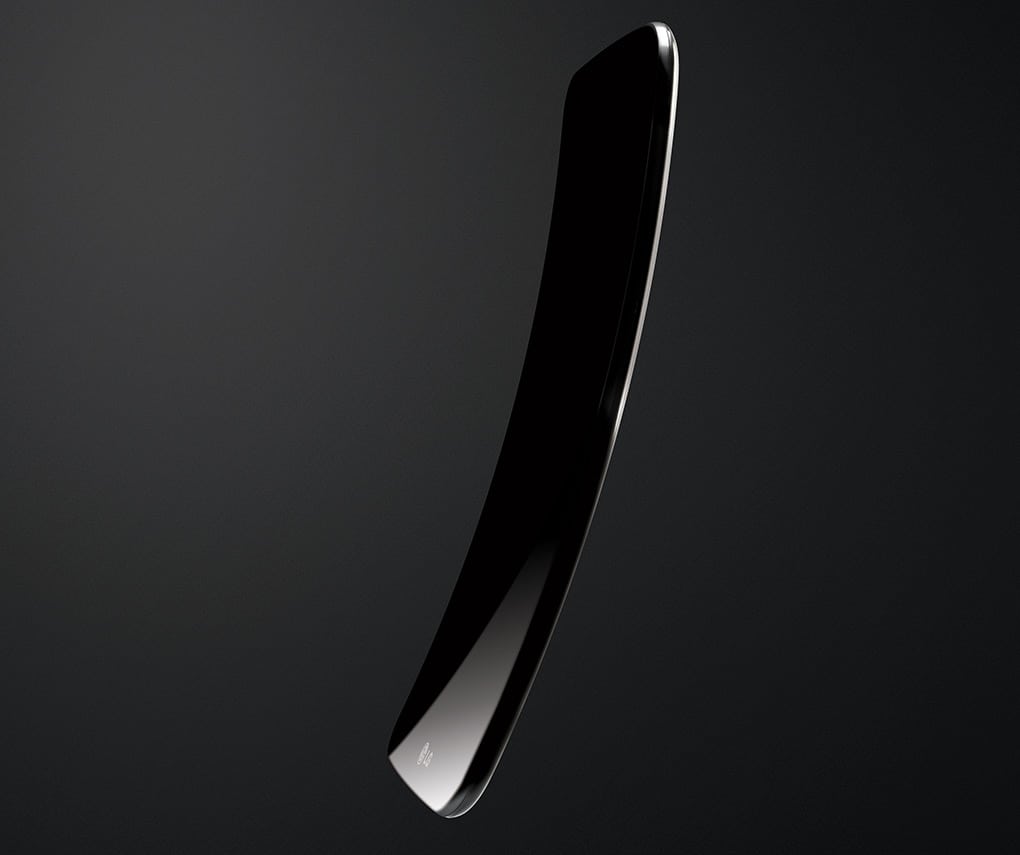 While Samsung has beaten LG to the punch when it comes to shipping the first display with a flexible OLED display with the Galaxy Round, LG is hot on their heels with the G Flex. It's leaked out a number of times now and we've even gotten a look at some pretty decent photos of the device. Which we know that the device is going to have a 6-inch display that's curved, there's not much more we know. Until know, that is. 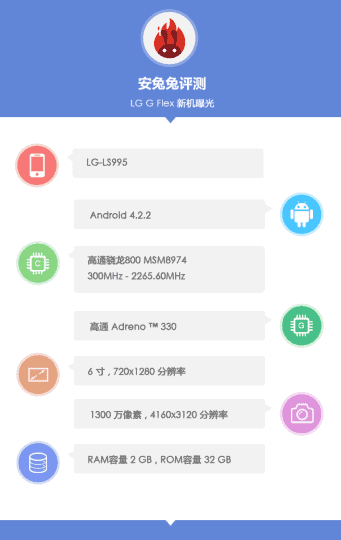 Thanks to what looks like an AnTuTu benchmark for the G Flex, discovered by Android Community, that seems to reveal some key specs of the device. We knew that the specs were going to be similar to the G2's but, it looks like the G Flex will be carrying the same Snapdragon 800, 2GB of RAM and Android 4.2.2. However, one area in which the two devices differ is in their screen resolutions, and sizes. The G2 comes in at 5.2-inches with a resolution of 1920 x 1080, meanwhile the G Flex is set to launch with a 6-inch 1280 x 720 panel. Which gives the G Flex a fairly middling pixel density of 244 ppi. We're not sure why LG has lowered the resolution but, we wouldn't be surprised if it had anything to do with the massive curve that the display is sporting.

Needless to say, this is LG's chance to compete with Samsung in the flexible display arena. Which, right now, looks more like the oddly-shaped smartphone arena. Regardless, these new smartphones should finally offer consumers a new shape, a new design and something different compared to the hundreds of black slabs out there. The problem right now seems to be that neither LG nor Samsung quite knows what to do with these new designs. We'll have to wait and see if LG has any more of an idea than Samsung but, here's hoping that something unique comes out of these new designs.